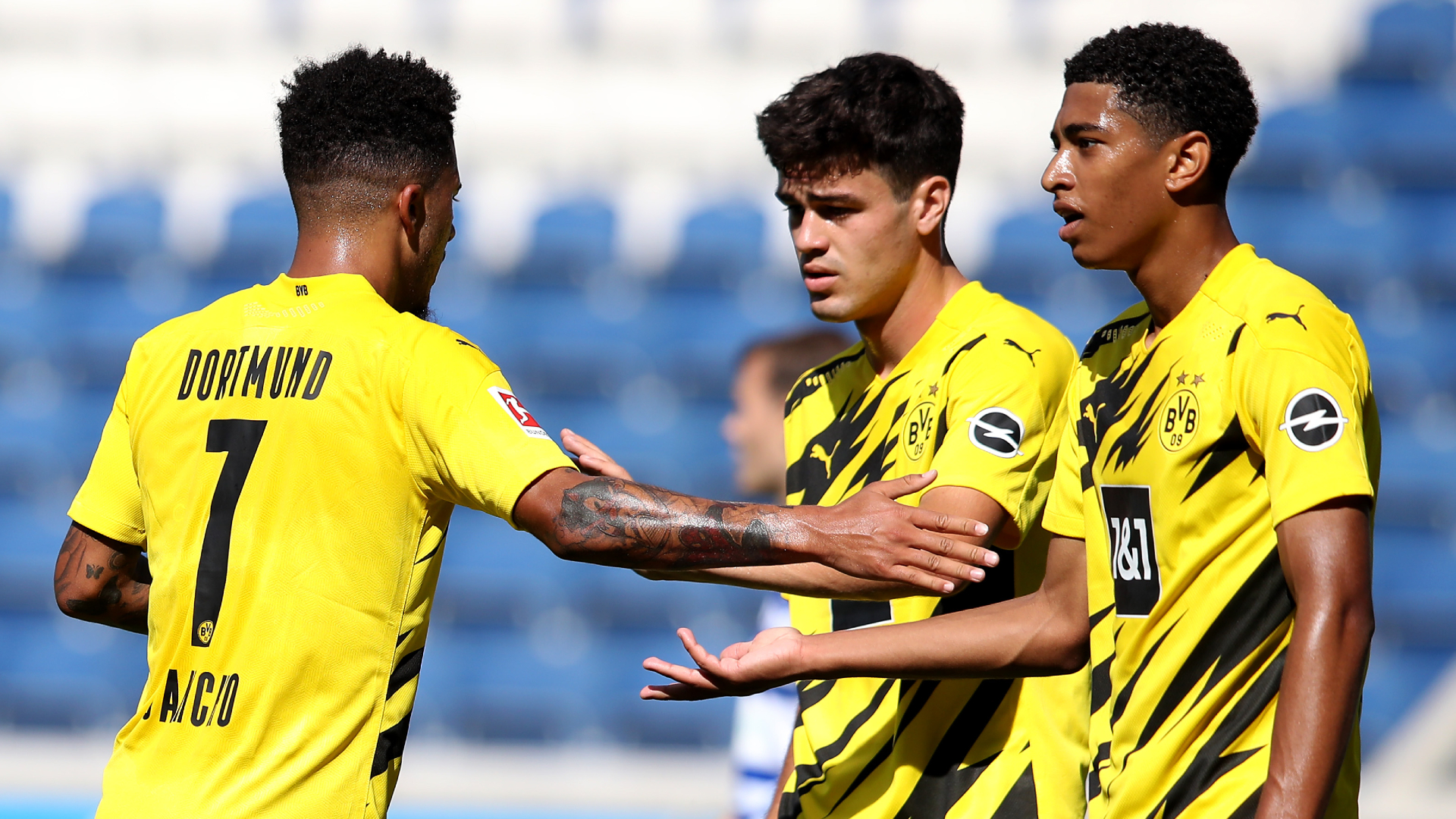 Giovanni Reyna is “very, very happy” at Borussia Dortmund, with the American teenager adamant that he does not view the Bundesliga outfit as a “stepping-stone” to another club.

The highly-rated 17-year-old, who is expected to have a bright future at domestic and international level, enjoyed a breakthrough campaign in 2019-20. As part of a young Dortmund squad, Reyna made the first 18 competitive appearances of his promising career.

He has caught the eye in Germany, with his potential being noted by sides across Europe and inevitable speculation sparked regarding his future.

Reyna is, however, settled in his current surroundings and intends to spend many years repaying the faith that Dortmund have shown in him.

The youngster, who linked up with BVB in 2019 having previously been on the books of New York City FC, told Bild: “I’m very, very happy here right now, that is all that counts.

“Dortmund are not a stepping-stone. It is a club that is fighting for titles. The incredible fans alone make BVB something special.”

Reyna feels his ongoing development will be best served at Dortmund, with the club having shown that they will always leave a path open for players of potential.

Their recruitment strategy has seen them invest in stars of tomorrow, with the plan being to benefit from talent in the present before potentially sanctioning big-money sales in the future.

Reyna forms part of an exciting class of 2020-21 at Dortmund, with Jadon Sancho and Erling Haaland among those working alongside him. Jude Bellingham – another 17-year-old – has also been drafted into Lucien Favre’s ranks.

Reyna is pleased to form part of that project, with recent displays in Bundesliga and Champions League competition helping to highlight the promise that Dortmund have at their disposal.

“With Jadon and Erling it is really fun to whirl around on the pitch,” added Reyna. “In the Champions League game against Paris [in the first leg of a last-16 encounter] we weathered the storm and won 2-1.

“Two 19-year-olds [Sancho and Haaland, who are both now 20] and a 17-year-old – that was pretty cool. The club can be proud of that, because it is exactly what the club stands for.”

Dortmund will open their new Bundesliga campaign at home against Borussia Monchengladbach on September 19.