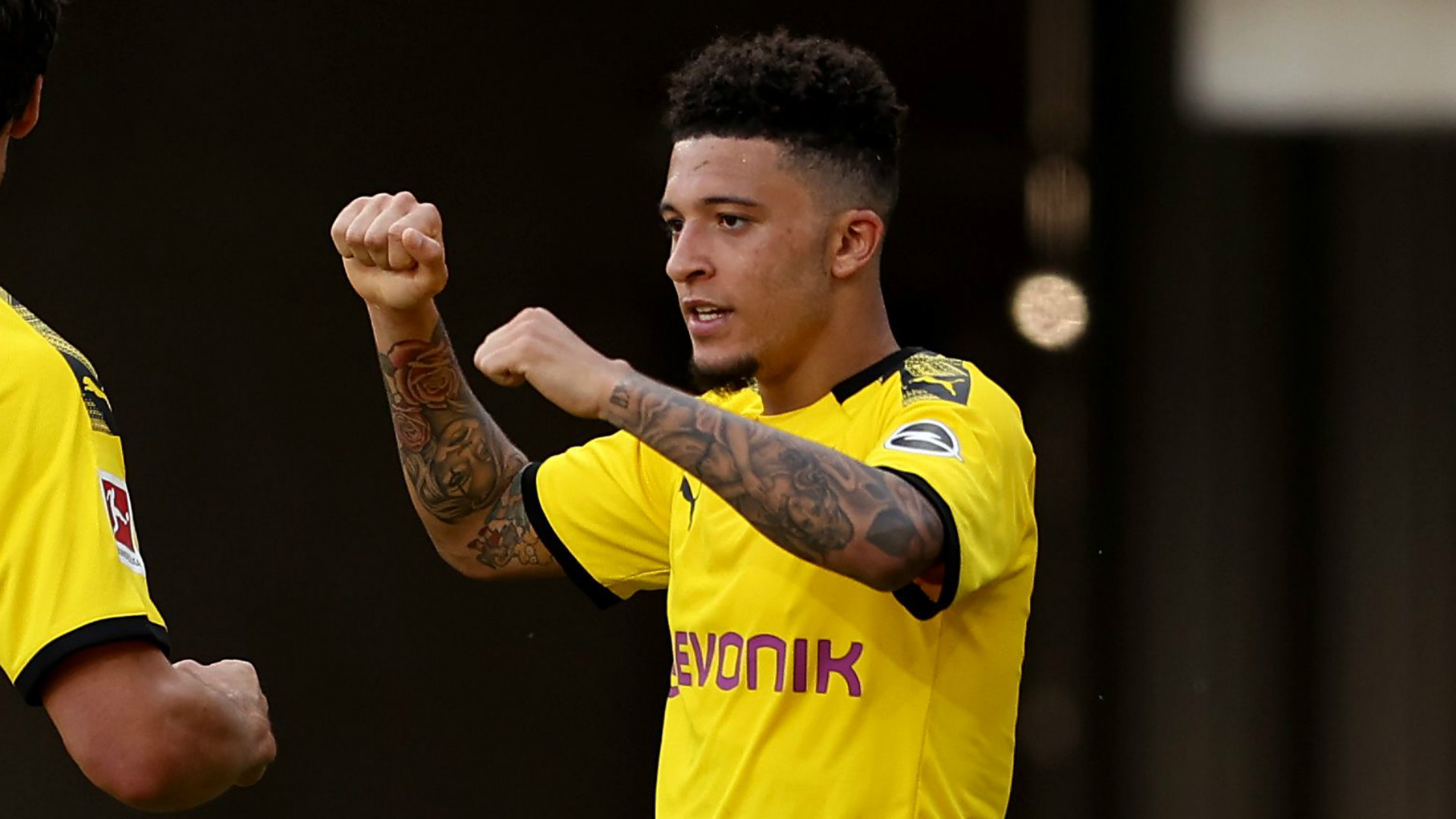 Axel Witsel is convinced that Manchester United-linked Jadon Sancho will remain at Borussia Dortmund after Michael Zorc’s insistence that the winger will not be sold this summer.

Sancho has reportedly reached an agreement to sign a five-year contract at Old Trafford worth £220,000 a week, but Dortmund’s valuation of the youngster is proving to be a sticking point in negotiations with United.

Earlier this month, Dortmund managing director Hans-Joachim Watzke denied having received any offers for the England international, and Zorc moved to squash speculation surrounding his future conclusively on Monday.

Speaking ahead of the club’s pre-season training camp, Dortmund’s sporting director told reporters: “Jadon Sancho will play with us next season. The decision is final. I think that answers all the questions.”

Zorc’s comments haven’t dissuaded United from finalising a deal for Sancho, who is thought to be eager to join up with Ole Gunnar Solskjaer’s squad,  but Witsel is now certain that he will continue to play alongside the talented attacker for at least one more year.

“He stays and we are all happy,” the Dortmund midfielder told Sky Sports . “Last year and the first year when I came he’s been one of the most important players offensively for our team.

“This is really good news for us to keep him – at a minimum – one more season.”

Dortmund centre-back Mats Hummels also expressed his delight after hearing Zorc’s update on Sancho, as he told the club’s official website : “He can be the player who makes the difference. I’m happy that he is staying.”

Solskjaer was quizzed on United’s interest in the 20-year-old once again after watching his side beat Copenhagen 1-0 in the quarter-finals of the Europa League.

The Norwegian refused to be drawn on his transfer plans as he stated in his post-match interview: “I can’t comment on other team’s players, I can’t do that.”

Sancho has scored 34 goals in 99 appearances across all competitions for Dortmund since joining the club from Manchester City in 2017, and is currently tied to remain at Westfalenstadion through to 2023.