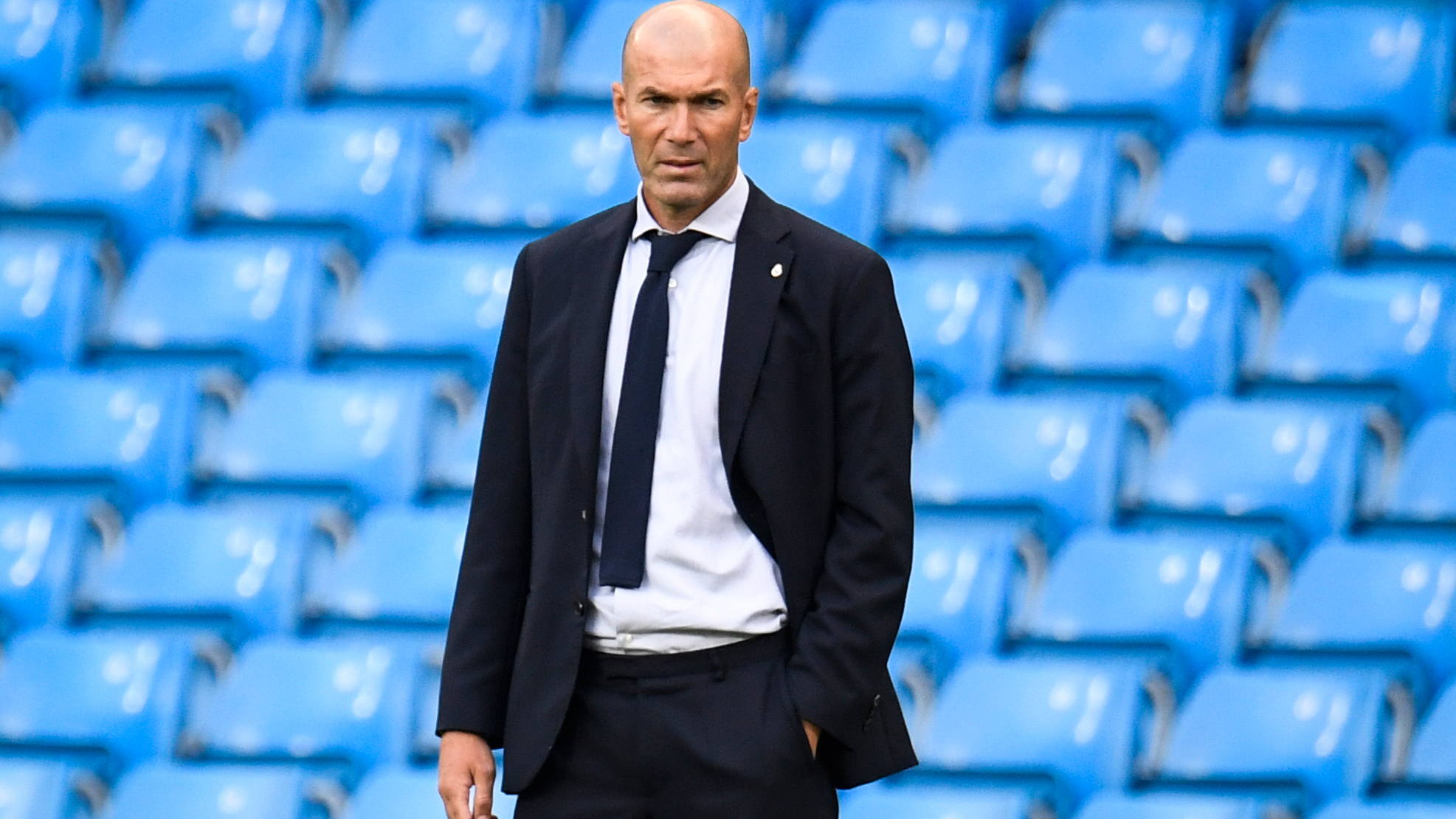 After winning the competition in his first three tries, the Frenchman has finally overseen defeat after falling to Manchester City

Zinedine Zidane has finally been eliminated from the Champions League as a manager after winning the competition in his first three tries.

Zidane’s Real Madrid fell 2-1 to Manchester City in the second leg of a last-16 tie on Friday night, crashing out of the competition via a 4-2 aggregate result.

City had defeated Los Blancos 2-1 in the first leg at Santiago Bernabeu all the way back in February, before the coronavirus pandemic delayed the second leg for nearly six months.

It was the first time Madrid lost both legs of a Champions League knockout tie since 2008-09, when they fell both home and away against Liverpool in the last 16.

That tie against the Reds was also the most recent time an English side won both legs in a Champions League knockout tie against Spanish opposition.

The Frenchman was named Madrid manager in January 2016 and helped his side win the Champions League in his first half season in charge, defeating rivals Atletico in the final.

Triumphs would follow in the next two seasons as well, with Madrid defeating Juventus in the 2016-17 final and Liverpool in the final the following season.

Zidane would step away from his post after the win over Liverpool, but was lured back midway through the 2018-19 season after Madrid had suffered a surprise last-16 elimination from the Champions League against Ajax.

Now, the Frenchman has finally overseen a Champions League exit as a manager, with Real Madrid having been eliminated before the quarter-finals in consecutive Champions League campaigns for the first time since 2009-10.

Varane became the first Real Madrid player to commit two errors leading to a goal in a single Champions League game since at least the 2007-08 season.

After advancing past Real Madrid, Manchester City will now face Lyon in the quarter-final after the Ligue 1 side pulled off a shocking upset against Juventus.