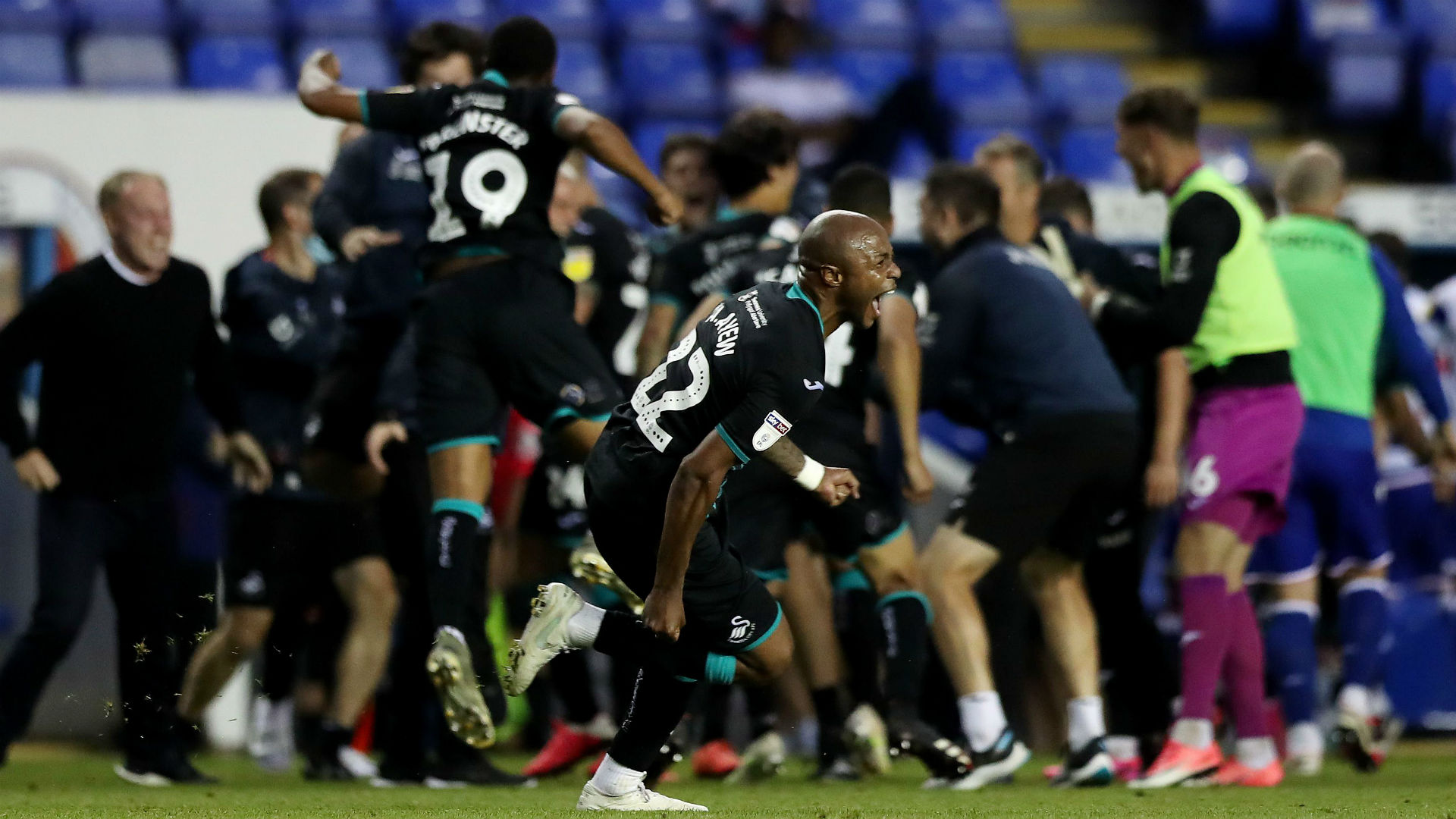 Swansea City have made it into the Championship promotion play-offs after they saw off Reading 4-1 at the Madejski Stadium with Yakou Meite getting a straight red card and Andre Ayew providing an assist.

The South Wales outfit bagged a 1-0 win over Bristol City at the weekend which gave them hopes of making the playoffs should they beat Reading while their closest challengers in rivals Cardiff City and Nottingham Forest lose either of their respective matches against Hull City and Stoke City.

It clearly went according to script with Forest losing 4-1 at the bet365 Stadium, conceding late via a Nuno Da Costa own goal which means Swansea finished level on 70 points but with a better goal difference.

Ayew prior to the match said the team would not be giving up without a fight despite the difficult situation they found themselves in hoping their rivals lost their matches.

Liverpool loanee Rhian Brewster gave them the lead in the 17th minute for his 10th Championship goal since arriving in January.

Reading down to 10 as Meite is dismissed after putting his hands into the face of van der Hoorn.

Reading were then reduced to 10 men after Yakou Meite – who netted in a 4-3 defeat at Blackburn Rovers last time out, got a straight red card for violent conduct in the 40th minute.

Mark Bowen’s side still managed to respond with George Puscas scoring from the penalty spot two minutes to the break.

It was all Swansea in the second half with former Tottenham Hotspur winger Wayne Routledge scoring a brace while Liam Cullen also added his name on the scoresheet to complete the demolition.

Ayew headed the ball in the path of the latter to finish off a left-footed shot that found its way into the top-right corner of the net.

It was the Ghana captain’s seventh assist in the Championship this season and added to his 15 goals makes him Swansea’s highest goal contributor. He scored two goals since the restart in a 2-1 win over Sheffield Wednesday and a 2-2 draw at Nottingham Forest, Nigerian winger Sammy Ameobi scoring a brace for the Reds.

Steve Cooper’s men will face Brentford at home in the first leg of the play-off semis on Sunday before travelling to Griffin Park for the return leg three days after.

Fulham faces Cardiff City in the other semi.