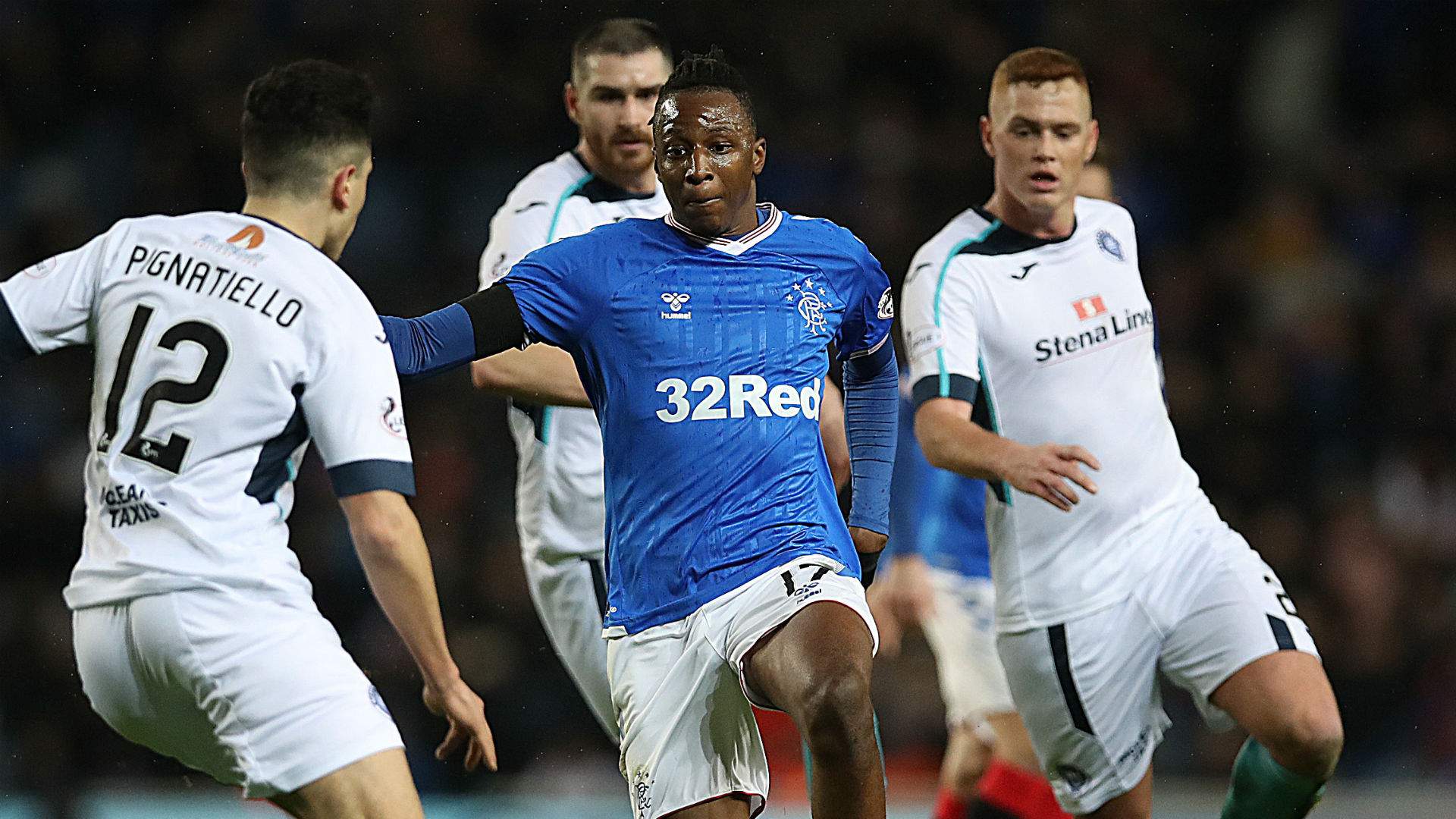 Rangers manager Steven Gerrard has revealed Joe Aribo was omitted from their 0-0 draw with Livingston in Sunday’s Scottish Premiership game due to injury.

The midfielder suffered a knock during one of their training sessions ahead of the game and did not recover in time to feature for the Gers at Ibrox Stadium.

Aribo has played a key role in his side’s opening three games against Aberdeen, St. Mirren and St. Johnstone, helping them clinch victories in the encounters.

Gerrard is, however, hoping to welcome the Nigeria international back to his squad when they face Kilmarnock in their next league game.

“He has a little knock. We are hoping to have him available next weekend. It was too risky to do it [against Livingston],” Gerrard was quoted as saying by Glasgow Times.

Aribo teamed up with the Ibrox Stadium outfit last summer after leaving Charlton Athletic and has been a prominent member of the Gers.

The midfielder scored eight goals and provided eight assists in 46 appearances across all competitions in his debut campaign.

The form ensured the 24-year-old won the Young Player of the Season and capped it with the best goal award.

His impressive performances caught the attention of Nigeria national team coach Gernot Rohr, who handed him his first call-up in September against Ukraine.

Aribo has since made four appearances for the three-time African champions, scoring two goals, to warm his way into the heart of Super Eagles fans.

His compatriot Leon Balogun is also currently out injured and missed their clash against Livingston at Ibrox Stadium.

The Super Eagles defender teamed up with the Gers in July after ending his stay with Wigan Athletic and has been rock solid for Rangers before he suffered an injury against St. Johnstone.

The experienced defender was named in the Scottish Premiership Team of the Week following his impressive displays against Aberdeen.

The Super Eagles stars will hope to be ready for their clash against Kilmarnock at Ibrox Stadium on August 22.

Rangers will look to return to winning ways in the encounter and the availability of Aribo and Balogun will be expected to boost their target.