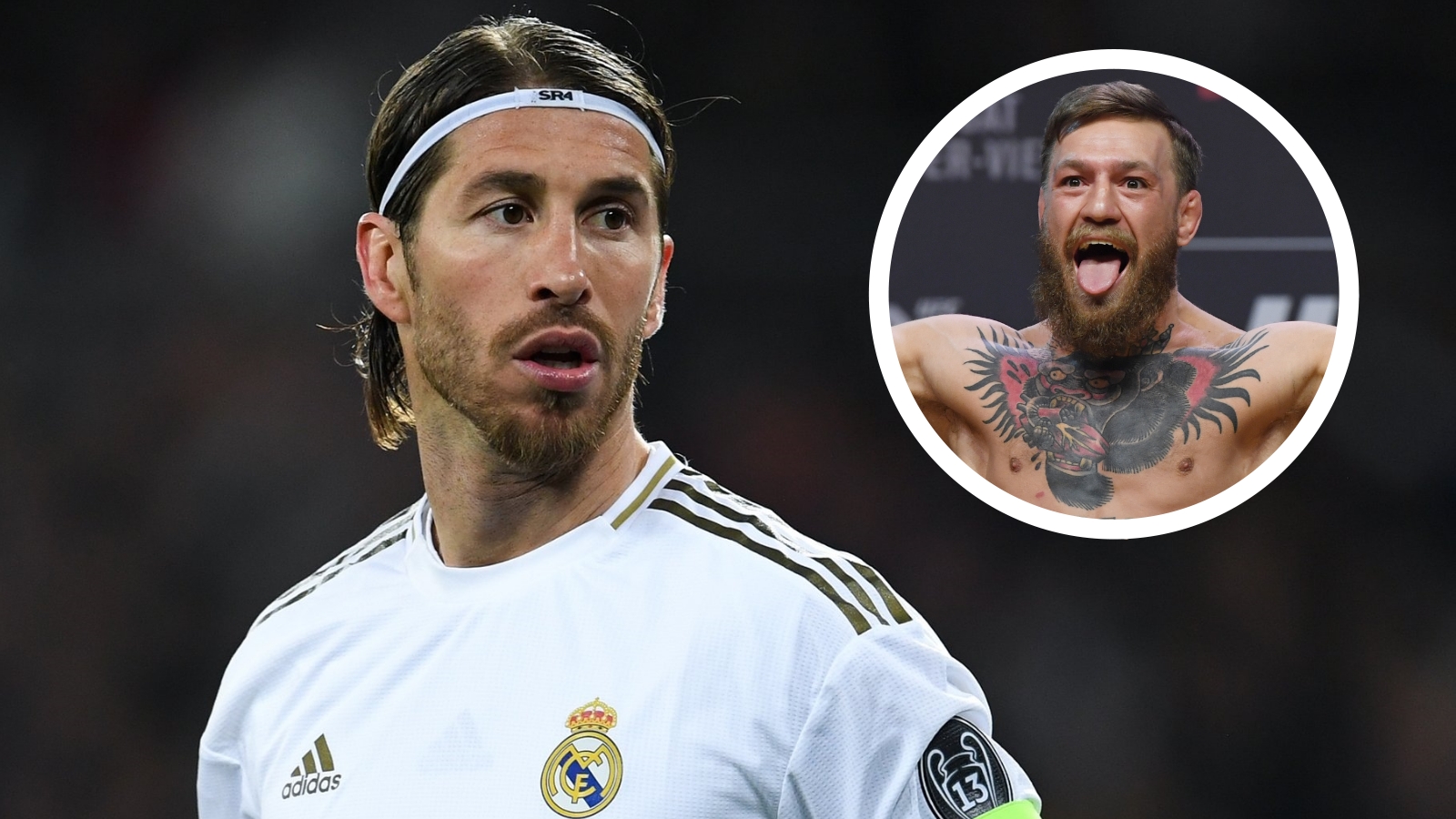 Sergio Ramos has invited UFC icon Conor McGregor to Real Madrid training after being impressed by social media footage of the retired fighter showing off his football skills.

Ramos himself recently reached out to McGregor on Twitter after channeling the Irishman’s famous strut celebration after scoring a stunning goal in practice.

The pair have seemingly struck up an unlikely friendship online since with McGregor in turn asking Ramos for his thoughts on Instagram along with a series of clips showing the Irishman taking shots at goal.

While seemingly just a low-key kick about, Ramos liked what he saw from McGregor, replying: “Top class, mate! Fancy a training session at Real Madrid? More than welcome to join us anytime.”

McGregor in turn accepted the offer, commenting: “My brother, thank you! The next time I am in Madrid I would be honoured.”

The 32-year-old, who famously tried his hand at boxing in 2017 against Floyd Mayweather Jr., has previously admitted to being a fan of Manchester United and was a big admirer of Roy Keane.

“I was more a player than a watcher back then, but Manchester United was my team,” McGregor said during a Q&A with FIFA.com in 2019.

“I was attracted to the success and winning mentality of the club and people surrounded by United. Irish legends like Denis Irwin and Roy Keane were dedicated to their craft and had that winning mentality. Roy Keane was one of the best midfielders European football has ever seen. Opponents would be mentally beaten before they’d even stepped on to the pitch to face him.

“Throughout my youth, I was big into football. I played striker or midfielder. If you were to sum me up as a player, I was efficient, devastating and slick – similar to my fighting style. Skills learned at this youthful age playing football – teamwork, leadership, commitment, dedication and discipline – without a doubt transferred over into my combat sports vocation.”

McGregor also singled out Cristiano Ronaldo for praise, noting: “Cristiano is a phenomenal athlete, person, and entrepreneur. His all-around discipline, perfectionist attitude, and dedication to his craft is inspiring and has inspired so many young children to play football.”

2020-07-27
admin
Share
Previous Serie A title the most difficult and beautiful yet for Juventus – Bonucci
Next Juventus 2-0 Sampdoria: Ronaldo strike helps seal Scudetto for Bianconeri