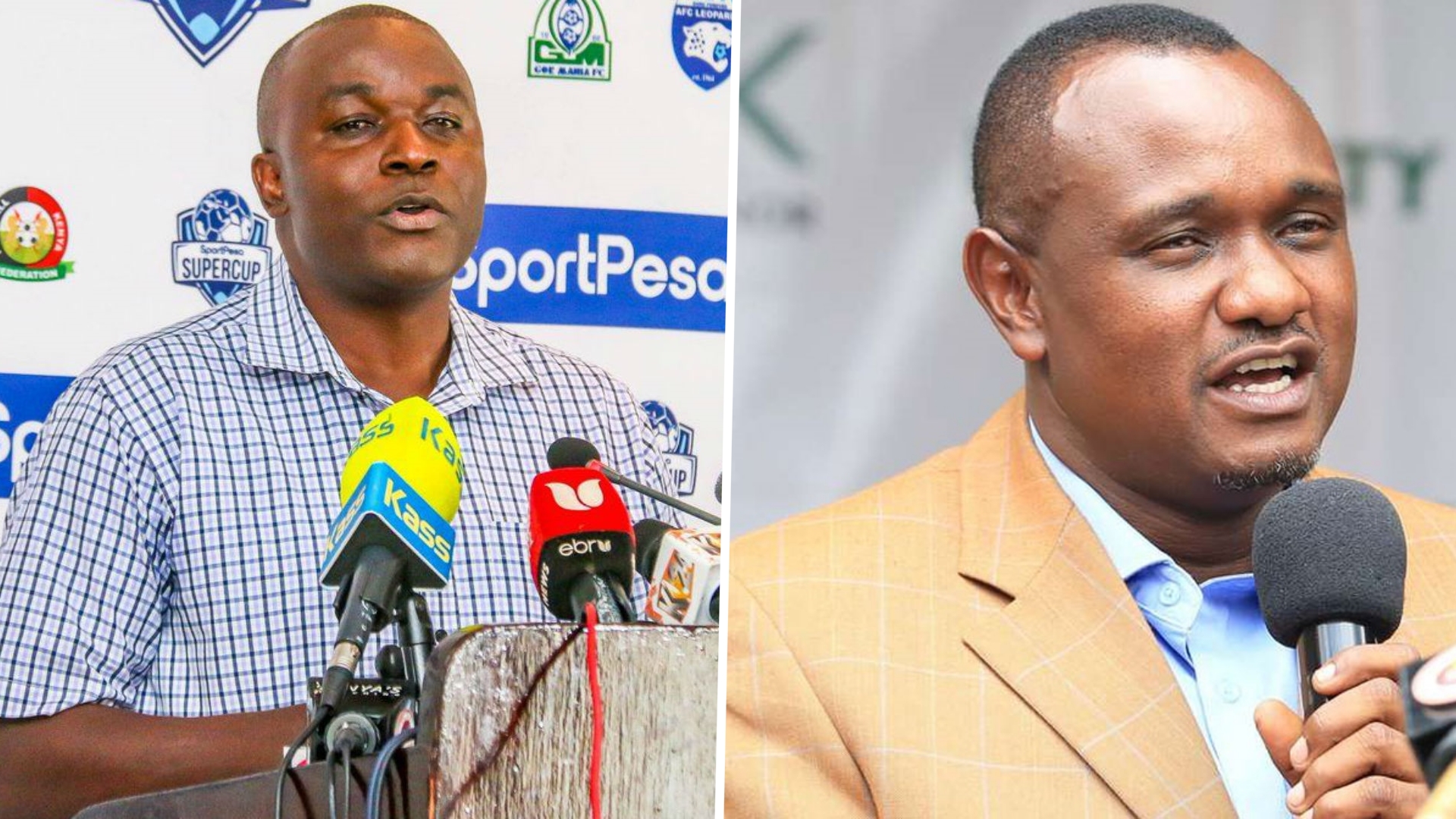 Shikanda on Friday claimed AFC Leopards would sign the Kakamega Homeboyz winger even for KSh100 million if they are interested in him.

The Ingwe chair was responding to Shimanyula’s claims AFC Leopards were too broke to afford the highly-rated Thiong’o.

“[Dan] Shikanda is innocent because he has never been in a position of running a team before as a chairman,” Shimanyula told Goal.

Shikanda must have respect for people who have been running teams. I can only engage with men like Elly Kalekwa who have been digging into his own pocket and pay Sofapaka players.

“I can also engage with a man like Ambrose Rachier who has also been paying Gor Mahia players from his pocket.”

Thiong’o has been reported to be on AFC Leopards’ transfer wishlist and Shimanyula claims Ingwe should first settle pending salaries before thinking of signing the star.

“So, I cannot compete with him on matters of player transfers and if AFC Leopards indeed have money, let them sort out the players who have lived begging for assistance,” he added. “They have also been begging for help from me.

“I understand AFC Leopards players have not been paid for the last seven months including the current month.

“I have got many Thiong’os here and if he decides he is going to AFC Leopards, I will remain with many other players who are better.

“Shikanda is only looking for free agents to bring to AFC Leopards. He cannot afford to pay a player’s release clause and this is what they are waiting to do with Thiong’o.”

Shimanyula also attacked Shikanda’s administration style and said he and Nick Mwendwa, the Football Kenya Federation (FKF) president, have teamed up to sideline him.

“As Kakamega Homeboyz chair, I know Shikanda as a broker and he also came to AFC Leopards and to wait for the money the club is set to get,” he added.

“Shikanda is not a man of my calibre and I can categorically say [Nick] Mwendwa is using him to try and engage me.

“He is the worst broker AFC Leopards have ever elected as chairman and he should not brag that they have got money.

“I did not say that they were unable to sign Thiong’o but I said at the moment, they have no money even to pay their players’ salaries.”

Despite Shimanyula’s comments, Shikanda is confident AFC Leopards can secure Thiongo’os services regardless of the price.

“Even if [Cleophas] Shimanyula is going to ask for KSh100 million we will get him,” Shikanda said on Friday.