PSG defender Silva: Everyone will remember who wins the Champions League 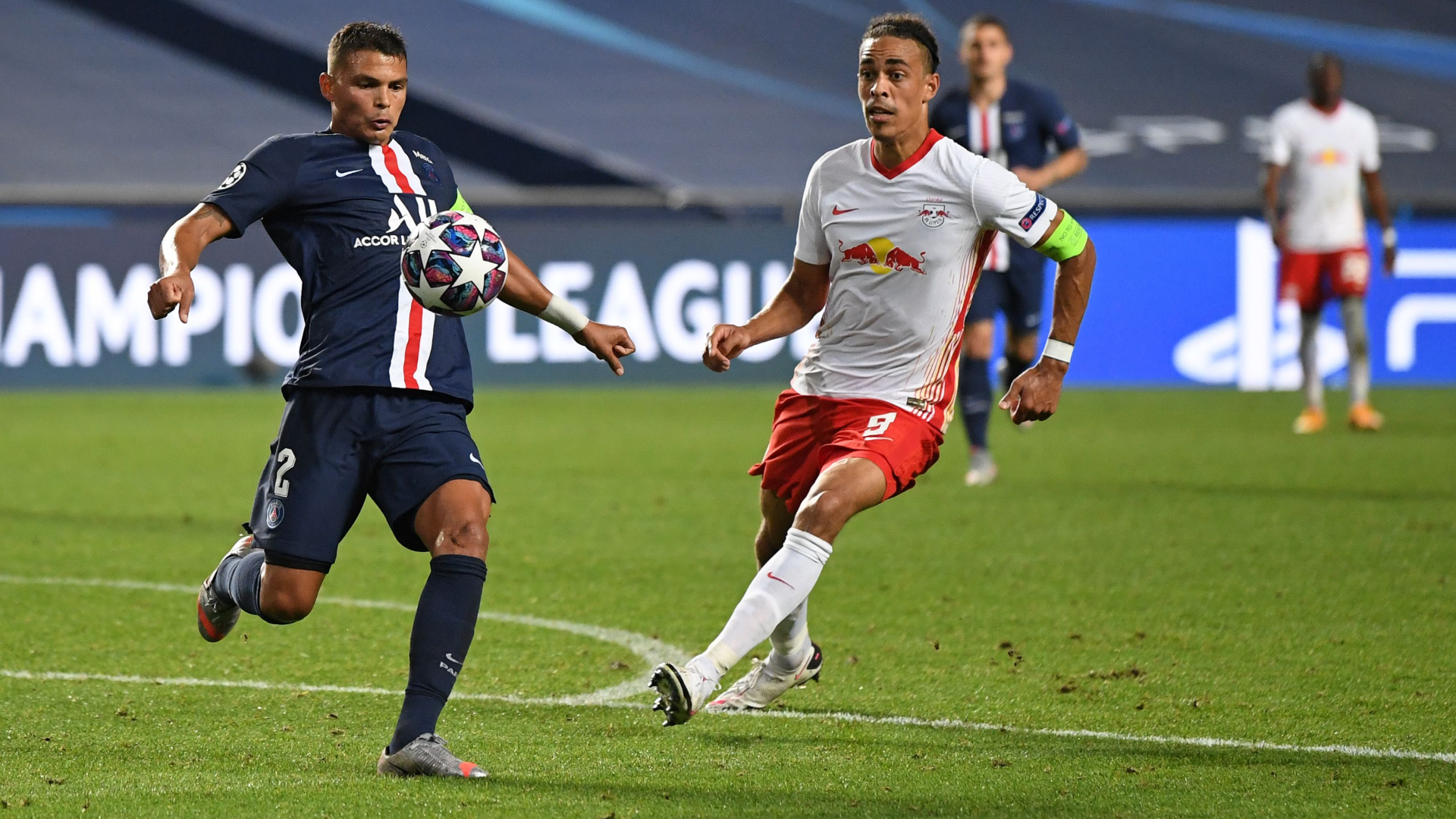 Paris Saint-Germain defender Thiago Silva has warned his team to stay focused after they reached the Champions League final with a 3-0 win over RB Leipzig on Tuesday.

Angel Di Maria was the star for the Ligue 1 outfit in the semi-final in Lisbon, with the Argentine scoring a goal and adding two assists in a comfortable win.

The result means PSG have reached the Champions League final for the first time in club history, having fallen short against AC Milan 25 years ago in the team’s only other semi-final appearance.

Silva, who is leaving PSG at season’s end after more than 300 appearances in eight years, has cautioned against complacency as his side eye a final against either Bayern Munich or Lyon.

“It wasn’t easy at all,” Silva told RMC Sport. “There were some very difficult times. But today we deserved to be in the final. I am very proud of my team. We played fair. We are very strong up front. Each match we have the opportunity to score.

“It’s historic but it’s not the end! We have to rest for Sunday.

“I hope we all enjoy it together with the title. I came to PSG for that. Now we are in the final. It will be up to us. It will be very complicated for Bayern because Lyon are playing very well.

“I wanted to end my career at PSG. Now I am calm in my head. I am red and blue.

“This year we have regained our balance. We are more competitive. The team that will win this Champions League, everyone will remember.”

PSG did not have first-choice goalkeeper Keylor Navas on Tuesday after the Costa Rican suffered a torn hamstring against Atalanta in the quarter-final.

His understudy, Sergio Rico, enjoyed a comfortable evening against Leipzig and expressed his gratitude to be given a chance to play in such a big match, indicating he could play again in the final on Sunday.

“I’m very happy to have had the opportunity to play today, it rewards the daily work,” Rico told RMC Sport. “I give everything in each training session, including helping Keylor Navas.

“I am proud of all the work done this season, I worked all year to take advantage of this moment.

“There are no words to describe how I feel. Everyone is happy, everyone deserves it when you see the work done this year.

“The superiority of PSG was total both in terms of possession and opportunities. PSG have been above Leipzig. With the intensity we put on it is difficult to pose problems for ourselves.

“I don’t know how it will be for Sunday, we will see what state Keylor is in. But I am ready to play.”