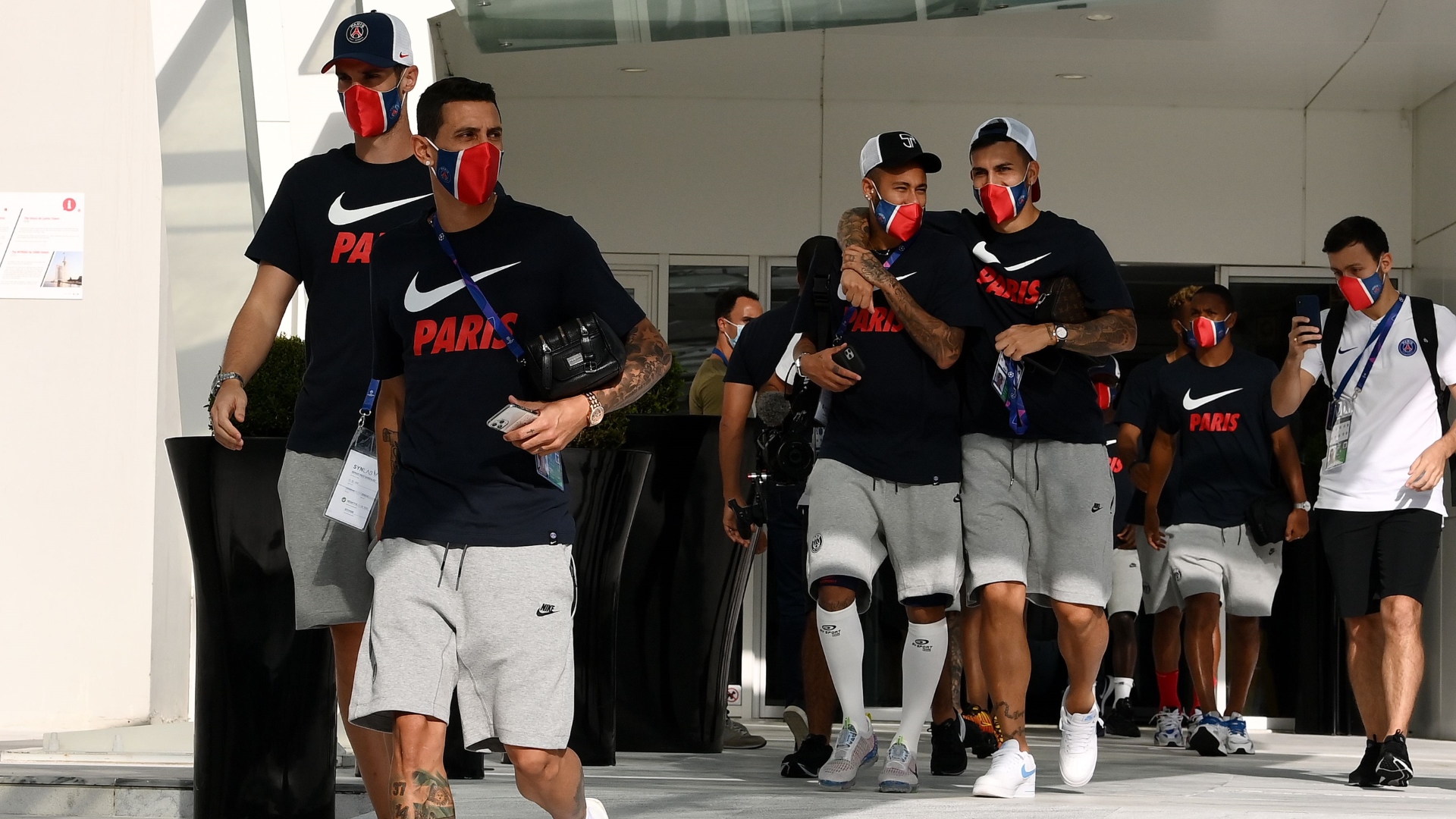 Paris Saint-Germain have confirmed three positive Covid-19 cases ahead of their Ligue 1 opener against Lens.

PSG were granted an extended break before the start of the 2020-21 campaign in France after appearing in the Champions League final.

Thomas Tuchel’s men have had some extra time to reflect on a painful 1-0 defeat to Bayern Munich in the European showpiece, with their trip to Lens moved from August 29 to September 10.

However, that rescheduled clash is now in doubt following the latest round of coronavirus testing at PSG’s training ground on Wednesday.

The reigning Ligue 1 champions have released an official statement confirming that three first-team players have contracted Covid-19, and will now be sent into quarantine for the next two weeks.

“Three players from PSG are confirmed positive by the Sars CoV2 test and are subject to the appropriate health protocol,” the statement reads.

“All players and staff will continue to perform tests over the next few days.”

PSG will resume senior training on Thursday regardless of whether their fixture with Lens is pushed back again, with several members of the first-team squad currently away on international duty.

Three @PSG_English players are confirmed positive after a Sars CoV2 test and have undergone the appropriate health protocols.

All players and staff will continue to be tested over the next few days.

The Parisians picked up a third successive league title in April after the French football authorities decided to cancel the season.

Tuchel’s side were 12 points clear of second-placed Marseille with a game in hand when Ligue 1 scrapped all remaining fixtures, but will be playing catch-up when they finally return to domestic action.

Nice are currently top of the pile having won both of their opening games, with Bordeaux, Monaco, Rennes, Lille and Nantes all sitting two points behind.

Marseille opened their account with a 3-2 win against Brest on Sunday, having seen a previously scheduled meeting with Saint-Etienne called off on August 18.

The Stade Velodrome outfit confirmed three members of their “professional workforce” had tested positive for Covid-19 , and Ligue 1 subsequently announced plans to move the fixture to either Wednesday, September 16 or Thursday, September 17.