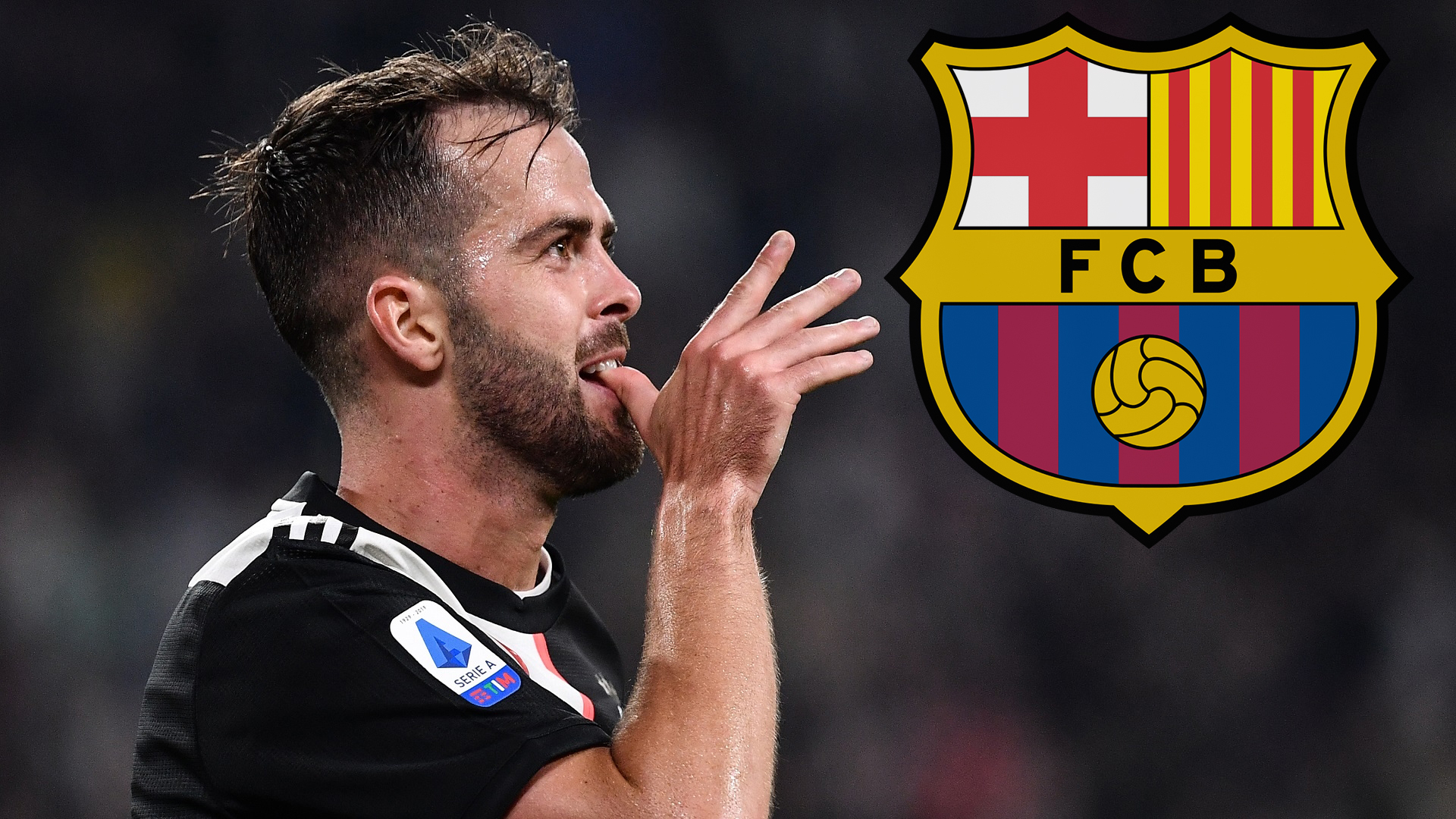 Miralem Pjanic is setting his sights on “a lot of titles” at Barcelona, with the former Juventus midfielder living the dream now that a switch to Camp Nou has been completed.

The Bosnian midfielder saw a move to Catalunya confirmed in June.

With Juve prepared to move him out, an agreement was reached that has seen Brazil international Arthur head in the opposite direction.

Everyone is considered to have benefited from that trade, with Pjanic happy to be in new surroundings.

He enjoyed considerable success during his time in Italy, helping Juve to four Serie A titles, but is embracing the opportunity to get out-of-sorts Barca back on track – with a bout of coronavirus overcome since linking up with the Liga giants.

A man who has sailed under the radar at Camp Nou amid all of the uncertainty surrounding Lionel Messi’s future and the arrival of Ronald Koeman as the club’s new boss told Barca’s TV station: “It’s a really special day for me.

“I’m really excited, really happy, it’s an honour to be here and to play for this club. I really can’t wait to see my team-mates and to start this new season.

“I hope in the next years we will have a lot of success and win a lot of titles.

“I’m really proud to join this club, it’s a real dream and I hope the supporters can soon be in the stadium to play in front of them at the Camp Nou.

“The most important thing is we start to win a lot of titles for our supporters.

“I’ve enjoyed watching this team playing over the last years, it was really incredible to see how they played.

“I’m in love with their football. I really can’t wait to be on the field and to play with all these great players.

“I want to leave with a lot of titles and good memories. I really can’t wait to start and do a lot of great things.”

Pjanic, who has also represented Lyon and Roma in his career to date, will be looking to hit the ground running for Barca.

They have a couple of friendly dates to take in, starting with a home date against Gimnastic on Saturday, before opening their 2020-21 La Liga campaign against Villarreal on September 27.