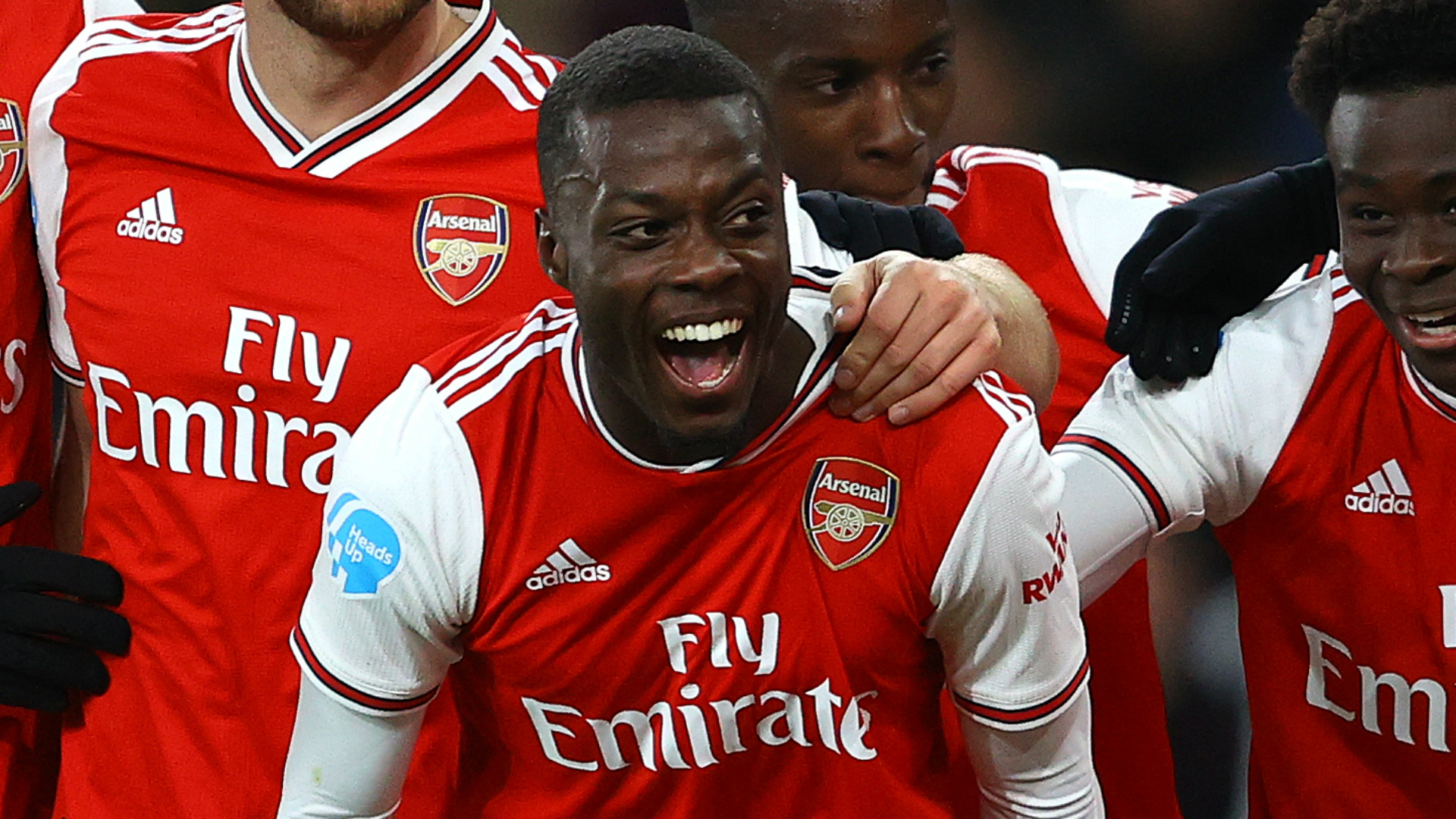 Nicolas Pepe continued his fine form this season to star as Arsenal defeated Manchester City 2-0 to reach the FA Cup final on Saturday.

The Cote d’Ivoire international set up Pierre-Emerick Aubameyang for the opener before Kieran Tierney assisted the Gabon international for his second of the night.

Pepe’s contributions to the Gunners’ triumph at Wembley Stadium means he has been involved in 17 goals in all competitions for Mikel Arteta’s men, with eight goals and none assists.

Even more impressively, the former Lille ace is next to Aubameyang in terms of involvement for Arsenal’s goals this term – with the captain having an input in 27 goals scored this season.

After putting up a fine shift at England’s football cathedral, the Cote d’Ivoire international was replaced in the 72nd minute by Joseph Willock.

“We are really happy with what has happened in the last four or five days,” said Arteta after the game.

“To beat probably the best two teams in Europe is the nicest thing to do so credit to the players for what they are doing, their performances and the level of fight they are showing.”

The victory by the North London outfit will now see them wait patiently for either Chelsea or Odion Ighalo’s Manchester United to battle for the winners’ diadem on August 1.

The Emirates Stadium giants who will not feature in next season’s Champions League have two Premier League fixtures remaining, playing on Tuesday and Sunday.

Manchester City are away at Watford before finishing up at home to relegated Norwich City. The Gunners also have the Hornets to come, though before that final-day encounter they travel to Aston Villa.