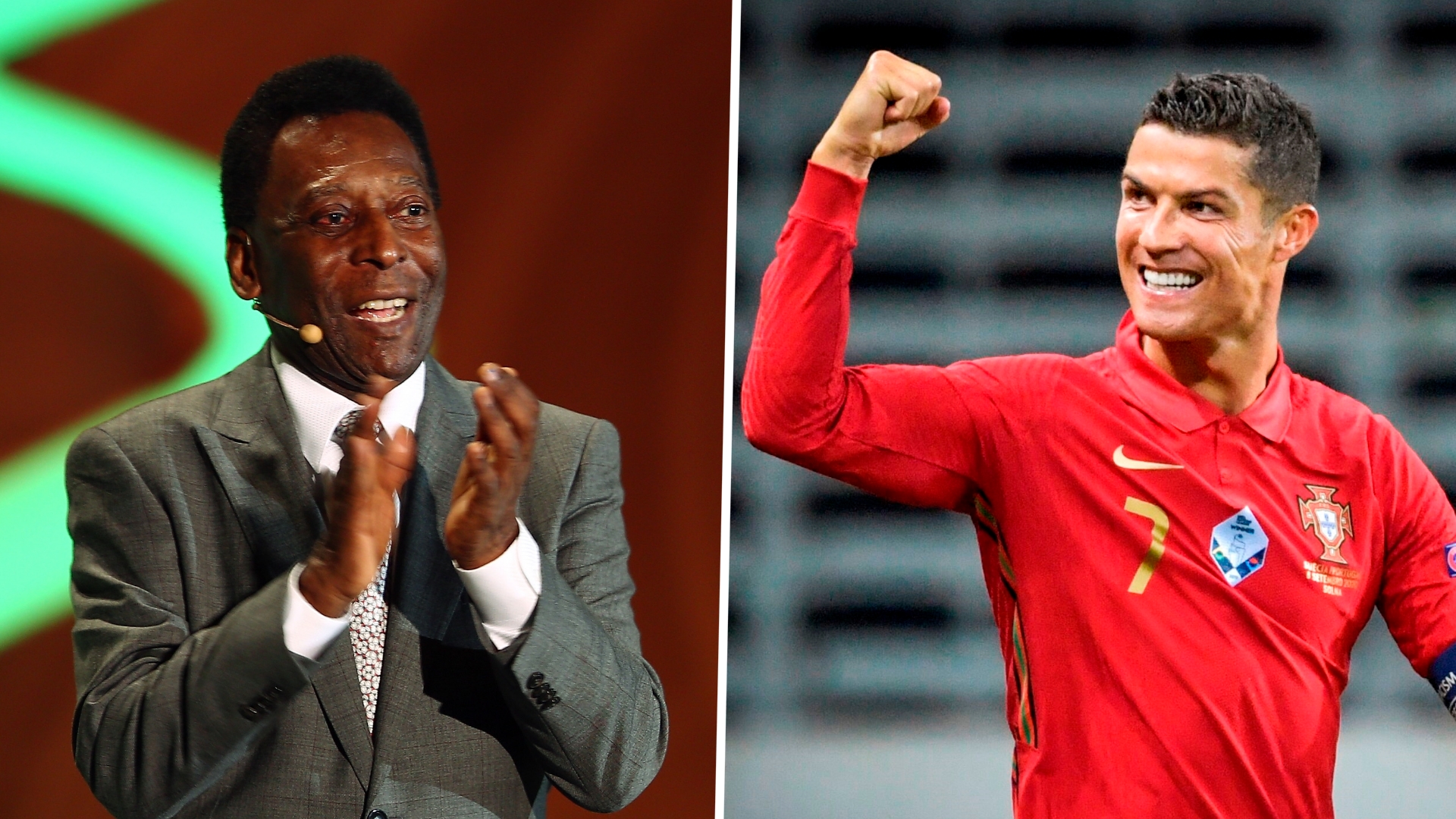 Brazil great Pele has congratulated Cristiano Ronaldo for surpassing a century of international goals for Portugal.

The 36-year-old scored in either half of his country’s 2-0 win over Sweden in the Nations League on Tuesday to bring his tally on the international stage up to 101.

Pele, who himself scored 77 goals for Brazil, was quick to celebrate Ronaldo’s latest milestone with the Juventus star once again exceeding expectations.

“I thought we were going to celebrate 100 goals today. But it was actually 101! Congratulations @Cristiano, as you reach new heights in your journey,” Pele tweeted.

Ronaldo was recently described by Pele as “the modern athlete, who shows everyone that success always comes to those who are dedicated and love what they do” after he helped Juventus claim another Serie A title.

The Brazilian has also previously revealed that he believes Ronaldo is the most consistent current player.

“Right now I think Cristiano Ronaldo is the most consistent player out there, but you can’t forget about [Lionel] Messi,” Pele told YouTube channel Pilhado in March.

When asked he if was better than Ronaldo and Messi, the 79-year-old responded: “That’s a tough question to answer. I’ve been asked many times.

“It’s not my fault, but I think I was better than all of them. There will only be one Pele. There won’t be anyone else like me.”

“It’s an obsession with scoring goals and applying himself every day, being the fittest he can possibly be. I think he’s lifted his professionalism every single year and progressed,” Neville told Sky Sports earlier this year.

“I think he has a plan to go on and take over Pele’s record. He wants to be the greatest of all time and that is his sole purpose.”

The Brazilian is believed to have scored 767 competitive goals across his glittering career with Ronaldo now sitting on 739.

2020-09-09
admin
Share
Previous Francisco Bruto Da Costa: East Bengal should be the number one club
Next Aubameyang joins Mane in PFA Premier League Team of the Year as Salah misses out