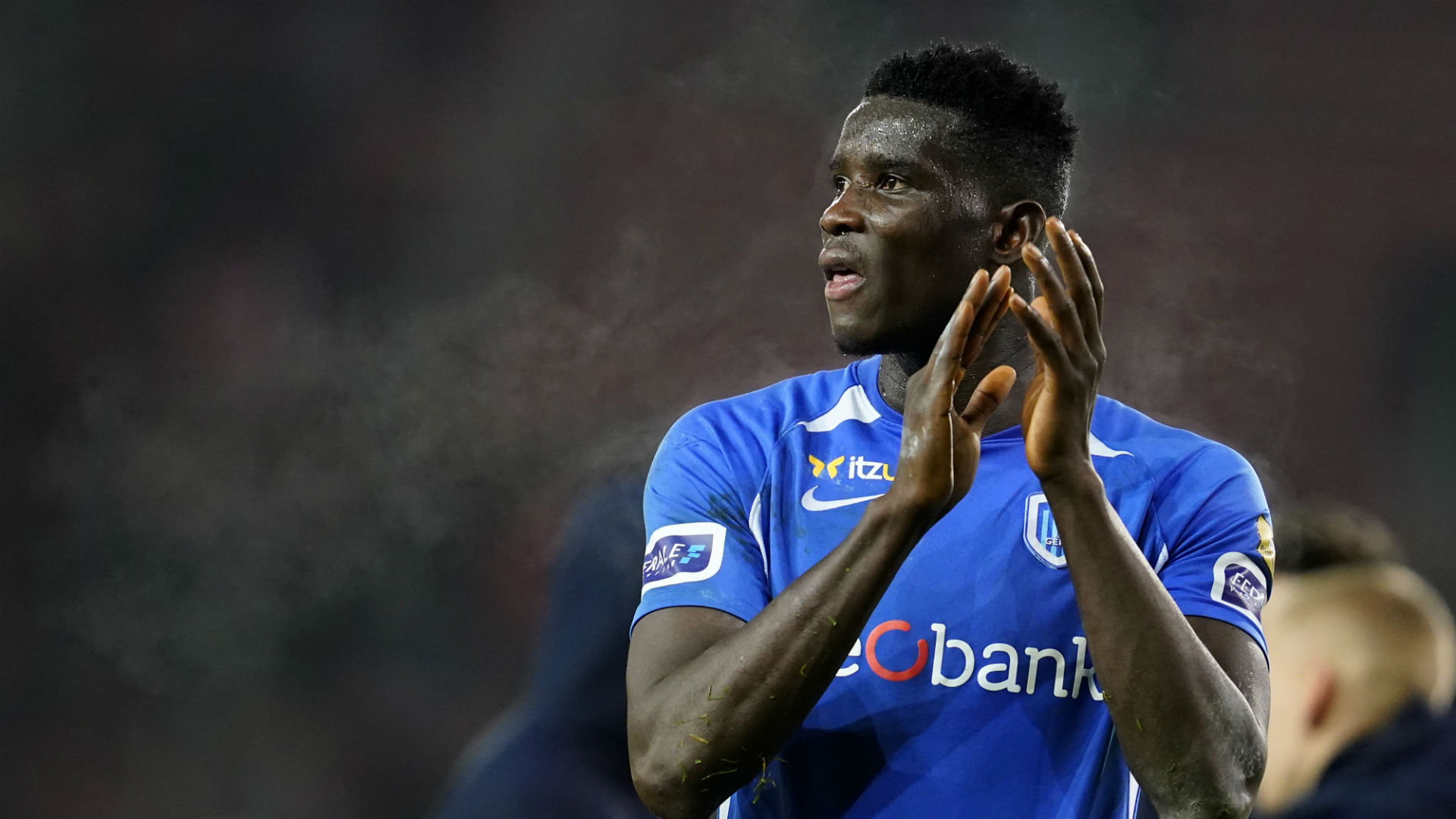 The Nigerians were on target, however, their efforts could not guide the Smurfs to their second win of the season

Paul Onuachu and Cyriel Dessers were both on target in Genk‘s 5-2 defeat to Beerschot at the Olympisch Stadion Antwerp in the Belgian Jupiler League which had two players sent off.

Onuachi was not part of the squad that lost at home to Club Brugge last time out but did make the starting line-up this time, unfortunately, the Smurfs started on the back foot with Raphael Holzhauser giving the hosts the lead in the 12th minute.

The visitors equalised seven minutes later courtesy of the lanky forward who netted from the penalty spot. The 26-year-old put the ball into the back of the net in the 42nd minute, but it was ruled out by the Video Assistant Referee for handball infringement.

Onuachu was taken off in the 65th minute and replaced by Nigeria hopeful Dessers. Before that substitution, Colombian defender Carlos Cuesta was sent off for two bookable offences in the space of one minute.

Beerschot took a 3-1 lead via Pierre Bourdin and Holzhauser in the 49th and 63rd minute respectively.

It was further misery for Genk as they were reduced to nine men after Theo Bongonda got a red card in the 68th minute for violent conduct. Dessers had the opportunity to reduce the deficit for Genk from the spot in the 76th minute, and he did not disappoint, sending Beerschot goalie Mike Vanhamel the wrong way.

Onuachu had earlier scored in the season opener at Zulte Waregem which ended in a 2-1 win. He joined Genk from Danish outfit FC Midtjylland in 2019 and had a hand in 12 competitive goals (10 goals, two assists) in all competitions last term.

Dessers, who joined from Heracles this summer also opened his Genk account in the Zulte Waregem win. The 25-year-old was born in Belgium but has declared his intent to play for Nigeria.

Genk will be at home when they host Mechelen in their next Jupiler League match on September 20.