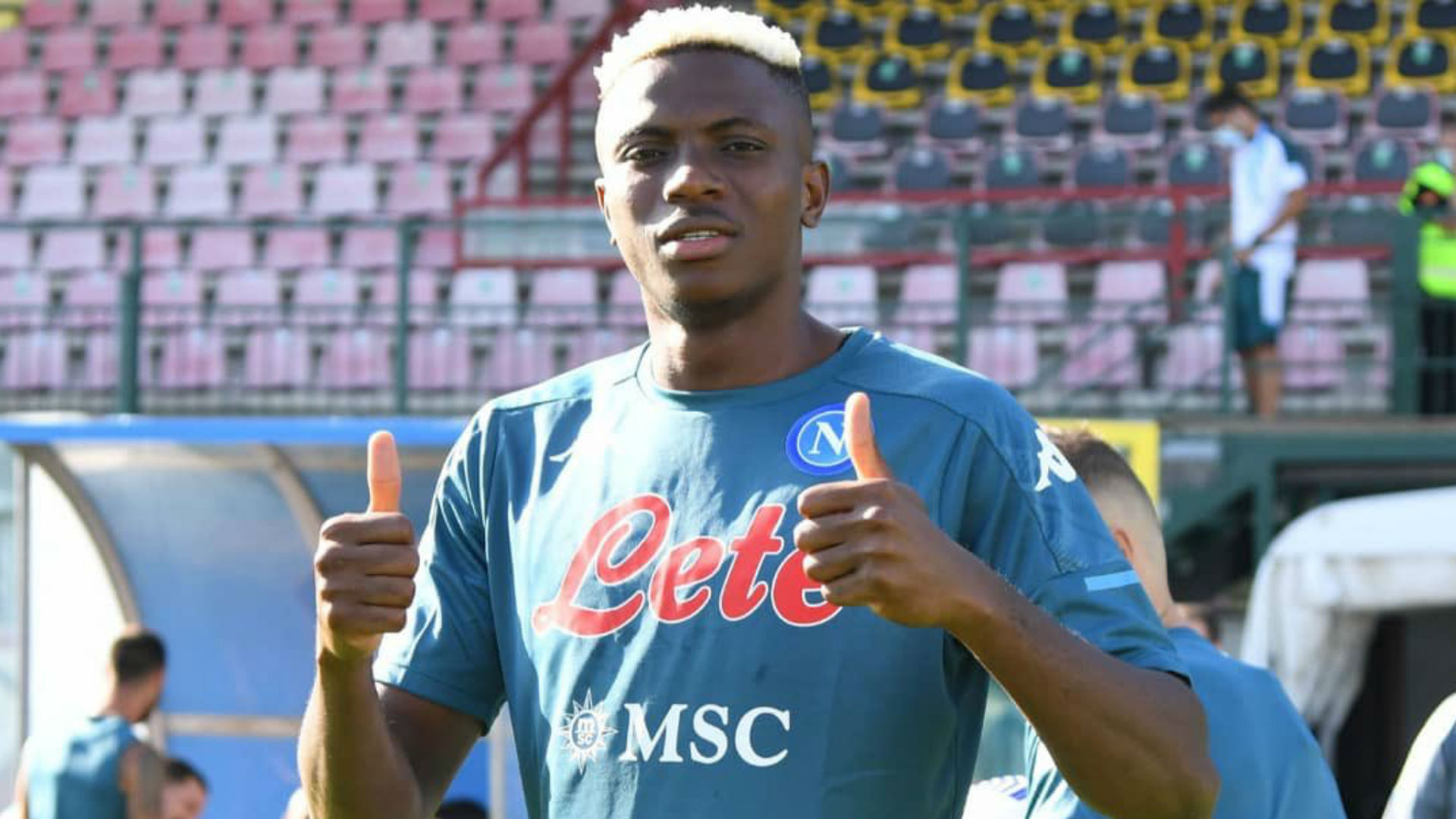 Napoli winger Matteo Politano has urged fans to be patient with Victor Osimhen as he gradually settles in Serie A.

The Parthenopeans paid a club-record fee of €70 million to Ligue 1 side Lille in July to secure the signature of the forward.

The Nigeria international has shown glimpses of his abilities when he bagged a hat-trick and assist in their pre-season game against L’Aquila Calcio.

Politano has advised the Parthenopeans supporters not to put pressure on the forward, considering he has not previously played in Italy.

“You shouldn’t expect everything immediately, he comes from a championship that is different from the Italian one.

“He has potential, it’s up to him to put it into action. We are happy to have him on the team and we will give him a hand. He has great ability. We should put him at ease.”

Osimhen moved to the Stadio San Paolo outfit following his outstanding performances for Lille, where he made a significant contribution to the French club during his one-year stay.

The Super Eagles striker scored 18 goals and provided six assists for the Great Danes, amid other dazzling displays.

Osimhen started his career with Ultimate Strikers Academy before his eye-catching performances at the 2015 U17 World Cup spurred Bundesliga side Wolfsburg to sign him in 2017.

The forward only featured in 12 league games for the German side before he moved to Belgian First Division A club Sporting Charleroi permanently in 2019 after his sparkling form while on loan.

Osimhen is currently a key member of the Super Eagles, having made his international debut against Togo in 2017 in a friendly.

The centre-forward was part of Gernot Rohr’s team that finished third at the 2019 Africa Cup of Nations in Egypt.

Osimhen will hope to hit the ground running when Napoli open their 2020-21 Serie A campaign against Parma on September 19.