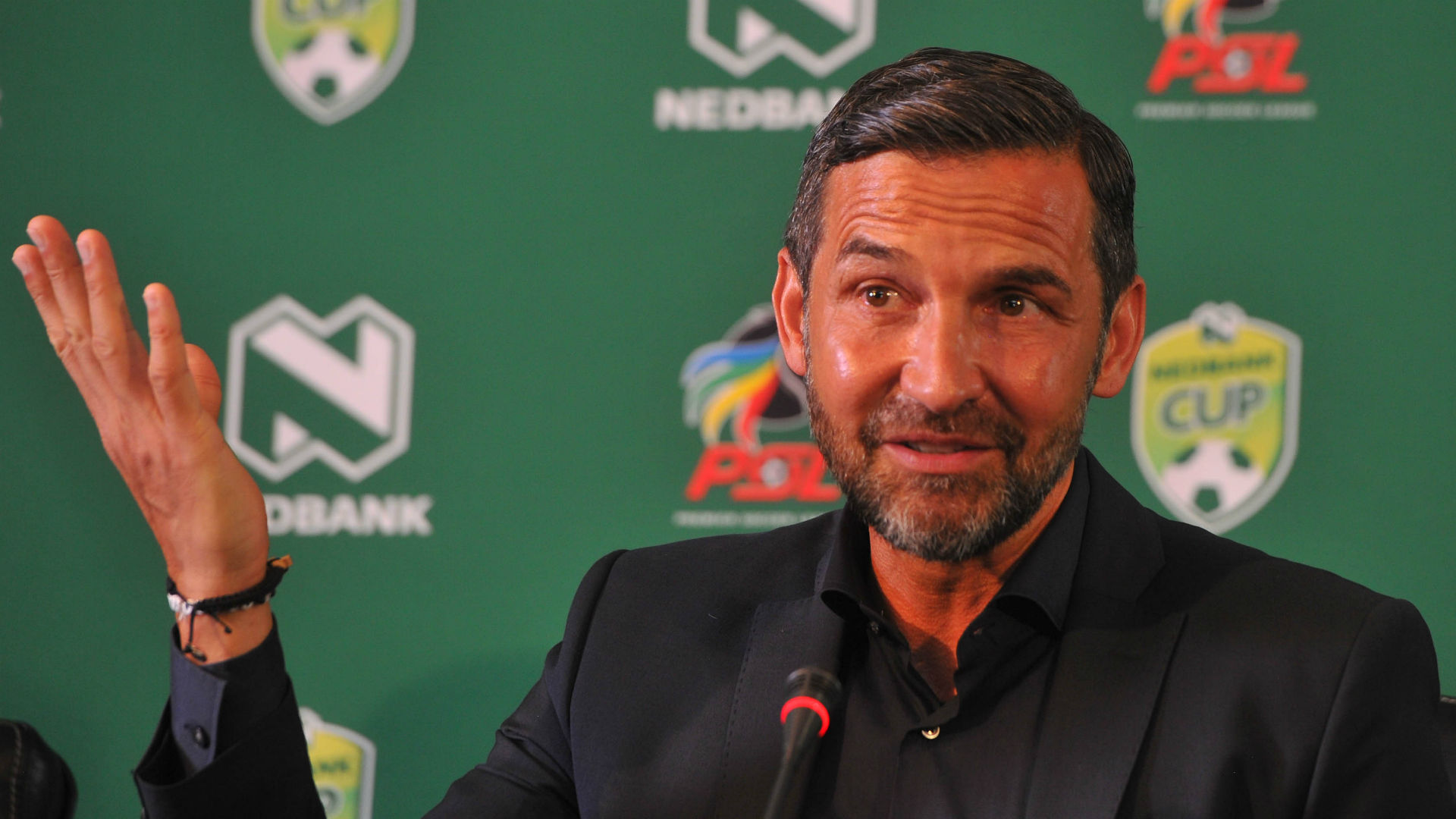 Orlando Pirates coach Josef Zinnbauer has issued an apology for the comments he made where he referred to PSL clubs as ‘smaller teams’ and ‘top teams’ in his post-match interview following his side’s 0-0 draw against Bidvest Wits.

After Bucs’ failure to score for a fourth successive match this past weekend, Zinnbauer said it was tough scoring against the likes of Mamelodi Sundowns and Wits before saying he wants to see how his charges will perform in their next game against Baroka on Tuesday.

However, he referred them to a ‘smaller team that is not at the top’ and he feels his comments were taken out of context.

“But it’s normal to have a top team and it’s not easy to win the game. We do all things, we don’t the have the full points and that is not good for us.”

The German mentor has since apologised and while English isn’t his first language, he admits he should have chosen his words wisely on the day.

“I would like to clarify the comment that I made [on Saturday]. I see that there has been a misunderstanding in the whole situation,” Zinnbauer told the Pirates website.

“English is not my first language, but this is no excuse. When this matter was brought to my attention [on Sunday morning], I realized that what I was intending to say and what came out was totally different.”

According to Zinnbauer, the reference to top and smaller teams were based on the teams’ positions on the PSL log and nothing else.

“My reference to “top” teams and “smaller” teams was to explain the positions these teams currently sit at on the log table. It was never my intention to undermine anybody. All teams in this league are important and I respect all of them equally. I would like to apologise for all those that I may have offended,” concluded the Bucs mentor.