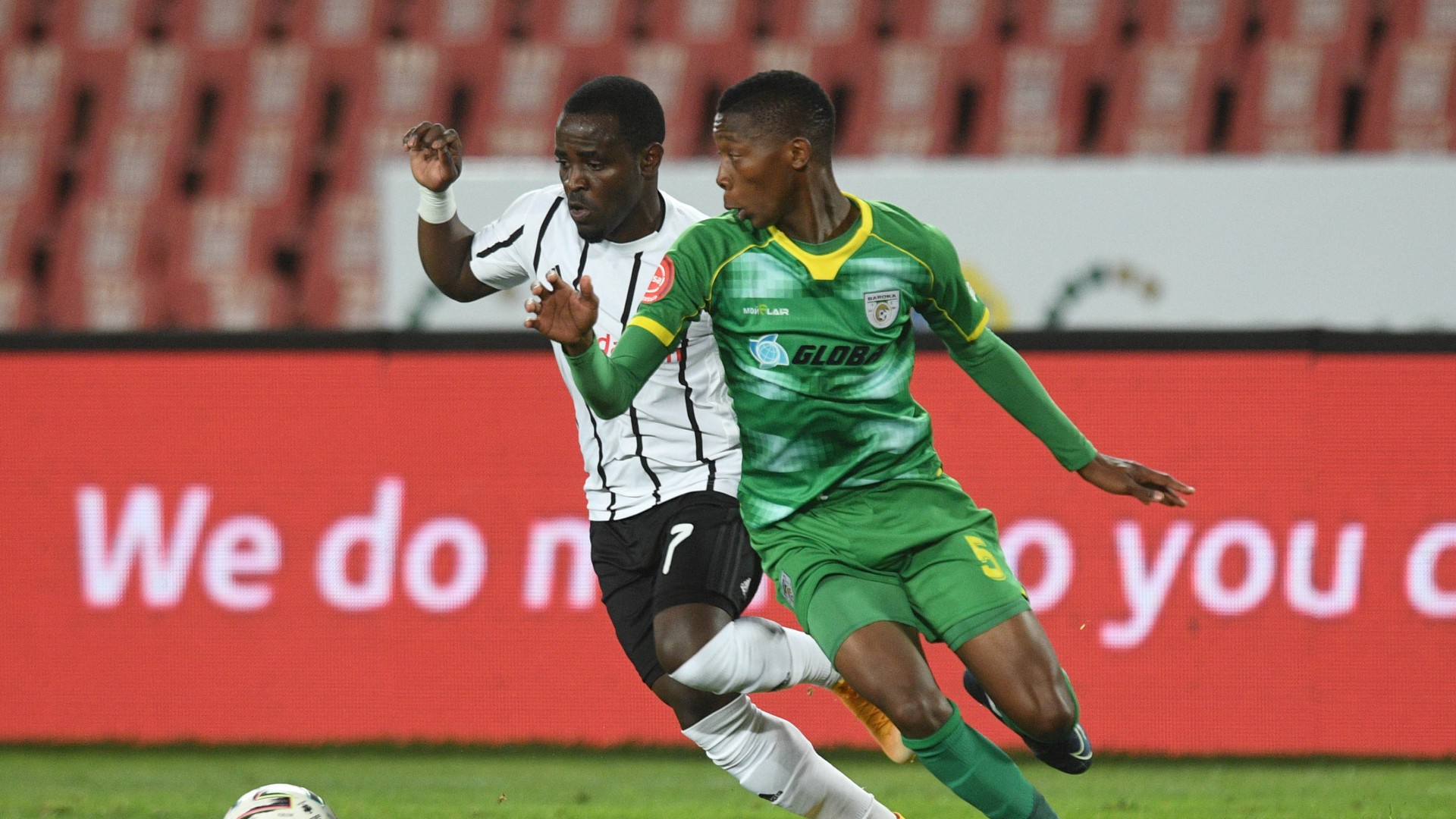 Tshegofatso Mabasa broke the deadlock for Bucs with a brilliant finish, but Bakgaga Ba Mphahlele levelled matters through Evidence Makgopa

Orlando Pirates were held to a 1-1 draw by a stubborn Baroka FC side in a PSL match which was played in Johannesburg on Tuesday evening.

Coach Josef Zinnbauer was keen to ensure that the Buccaneers snapped their four-match winless run in the league after drawing with Bidvest Wits on Saturday.

Pirates were boosted by the return of Thembinkosi Lorch following disciplinary procedures, but he was named amongst the substitutes by Zinnbauer.

The German mentor’s counterpart, Dylan Kerr was looking to guide Bakgaga to a much-needed win with the relegation-threatened side having drawn 0-0 with AmaZulu FC on Saturday.

The English tactician kept his faith in young striker Evidence Makgopa, who had netted twice from three league matches in his debut season in the PSL.

Pirates were under pressure having failed to score in their last four league matches and Zinnbauer had opted for two strikers with Tshegofatso Mabasa and Frank Mhango.

The move paid off as Mabasa marked his return to Bucs’ starting line-up with a goal which was his seventh of the season in the league, 16 minutes into the match.

The former Bloemfontein Celtic marksman pounced on a mistake by the visitors’ defence, before beating Baroka goalkeeper Elvis Chipepeze with a low shot to make it 1-0 to Pirates.

Wayne Sandilands then became a very busy man in the Pirates goal-posts as he produced two fantastic saves to deny Thamsanqa Masiya and Goodman Mosele.

However, the experienced goalkeeper was beaten 10 minutes before half-time when Makgopa scored from close range from Masiya’s low cross from the right-hand side.

The score was 1-1 at the interval after Chipezeze made a comfortable save from Vincent Pule’s free-kick, before Gerald Phiri Jr’s deflected effort was well saved by Sandilands in the closing stages of the first half.

The reigning PSL Footballer of the Year Lorch and Nkanyiso Zungu were both introduced by Zinnbauer at the beginning of the second half.

Chipezeze was the busier of the two keepers as he made a brilliant diving save from Thabiso Monyane’s free-kick, before gathering Pule’s long-range with ease.

Bakgaga suffered a blow when their influential defensive midfielder Kambala, who had done well to protect the visitors’ defence, picked up and injury and has replaced by Kulegani Madondo.

However, Bakgaga Ba Mphahlele continued to attack and they nearly grabbed a late winning in stoppage time when Masiya received the ball in the box, but he fired straight at Sandilands.

Ultimately, the encounter ended in a 1-1 draw and the result saw Pirates remain third on the league standings – three points behind second-placed Mamelodi Sundowns, while Baroka remained 13th on the log.