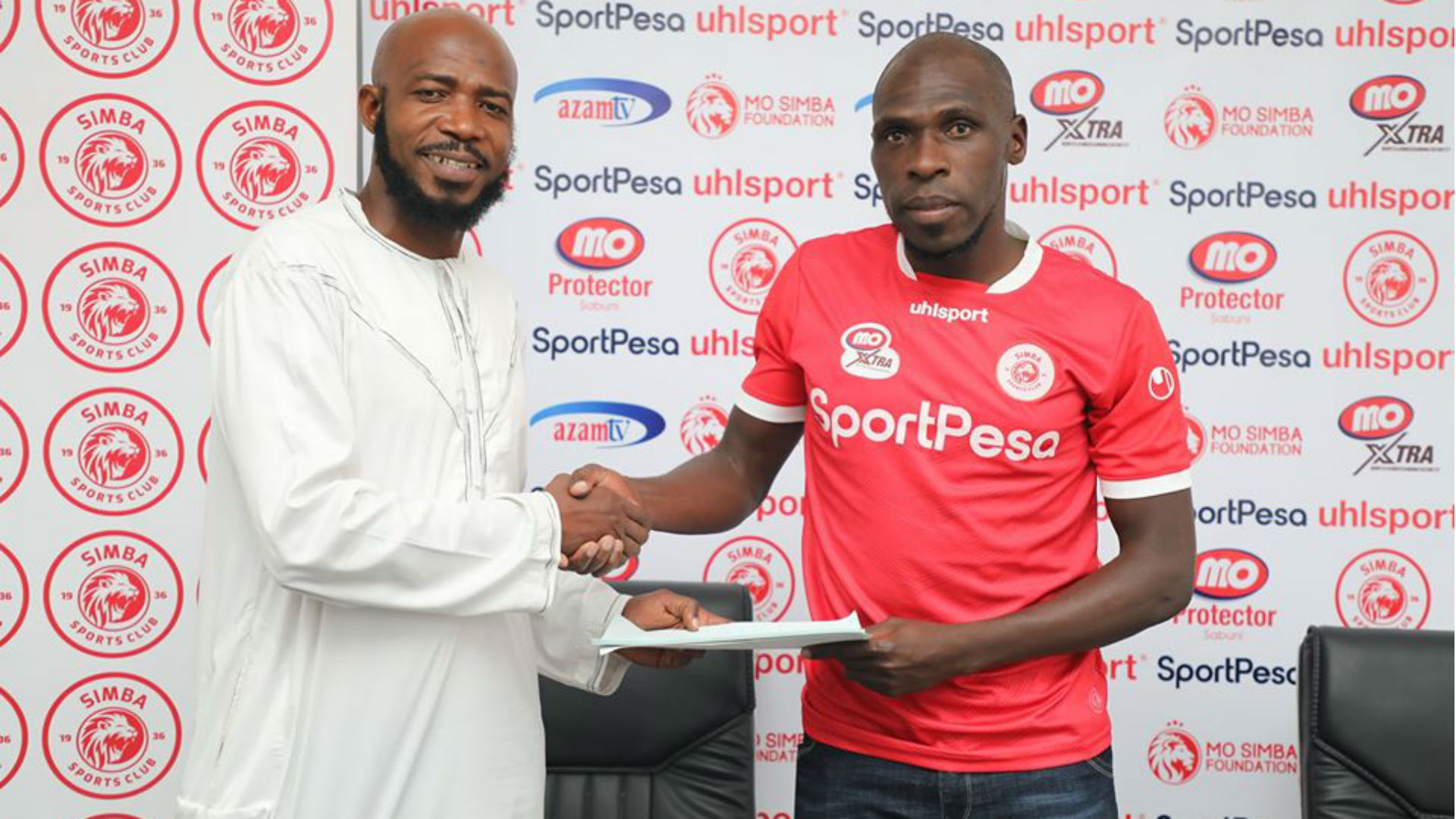 Wekundu wa Msimbazi have not, however, confirmed the length of the 27-year old’s contract as they get busy in the transfer window each passing day.

Onyango, who earned his maiden Harambee Stars call-up under coach Sebastien Migne, made his debut against Ghana at Moi International Sports Centre, Kasarani during an African Cup of Nations (Afcon) qualifiers.

He was part of the 2019 Afcon squad in Egypt that was eliminated in the group stages after losing two matches and winning against Taifa Stars of Tanzania in Group C’s last encounter.

Onyango, nicknamed ‘Berlin Wall’ due to his defensive performances, had established himself as one of the outstanding defenders in the Kenyan Premier League (KPL) while serving the Green Army.

He never looked back since he became a regular first-team member for Gor Mahia when Musa Mohamed left for KF Tirana of Albania in 2018.

His outstanding partnership with Harun Shakava and later on Charles Momanyi at the back, saw him consequently appointed the K’Ogalo’s assistant captain.

“We have placed on our shoulders great targets of going far in the Caf Champions League as well as good performances in the domestic competitions,” Simba, who have so far signed Bernard Morrison from arch-rivals Yanga SC, said as they confirmed Onyango’s signing.

“For that reason, the club must sign good and dependable defenders and ones who are experienced in featuring in big games.

Onyango is expected to be part of Wekundu wa Msimbazi contingent that will represent Tanzania in the Caf Champions League next season. The former Western Stima and Mumias Sugar FC star has prominently featured for Gor Mahia in both the Champions League and the Caf Confederation Cup in the last three seasons.

His arrival is seen as Simba’s plan to survive when Serge Pascal Wawa, 33, will eventually leave the club. Onyango is expected to fight for places with the Ivorian as well as Kennedy Juma and Erasto Nyoni.

Simba lost the battle to sign centre-back Bakari Mwamnyeto from Coastal Union as the Tanzanian preferred a move to Yanga.

Onyango’s move from Gor Mahia to the Tanzanian giants is the latest setback suffered by the KPL giants against their regional rivals.

Kagere and Kahata were key for Simba during the 2019/20 season where they lifted the Community Shield, the FA Cup and defended the league title with six matches to spare.

In 2015, Ugandan international Dan Sserunkuma left Gor Mahia for Simba too but he did not instantly settle before he left after one year.