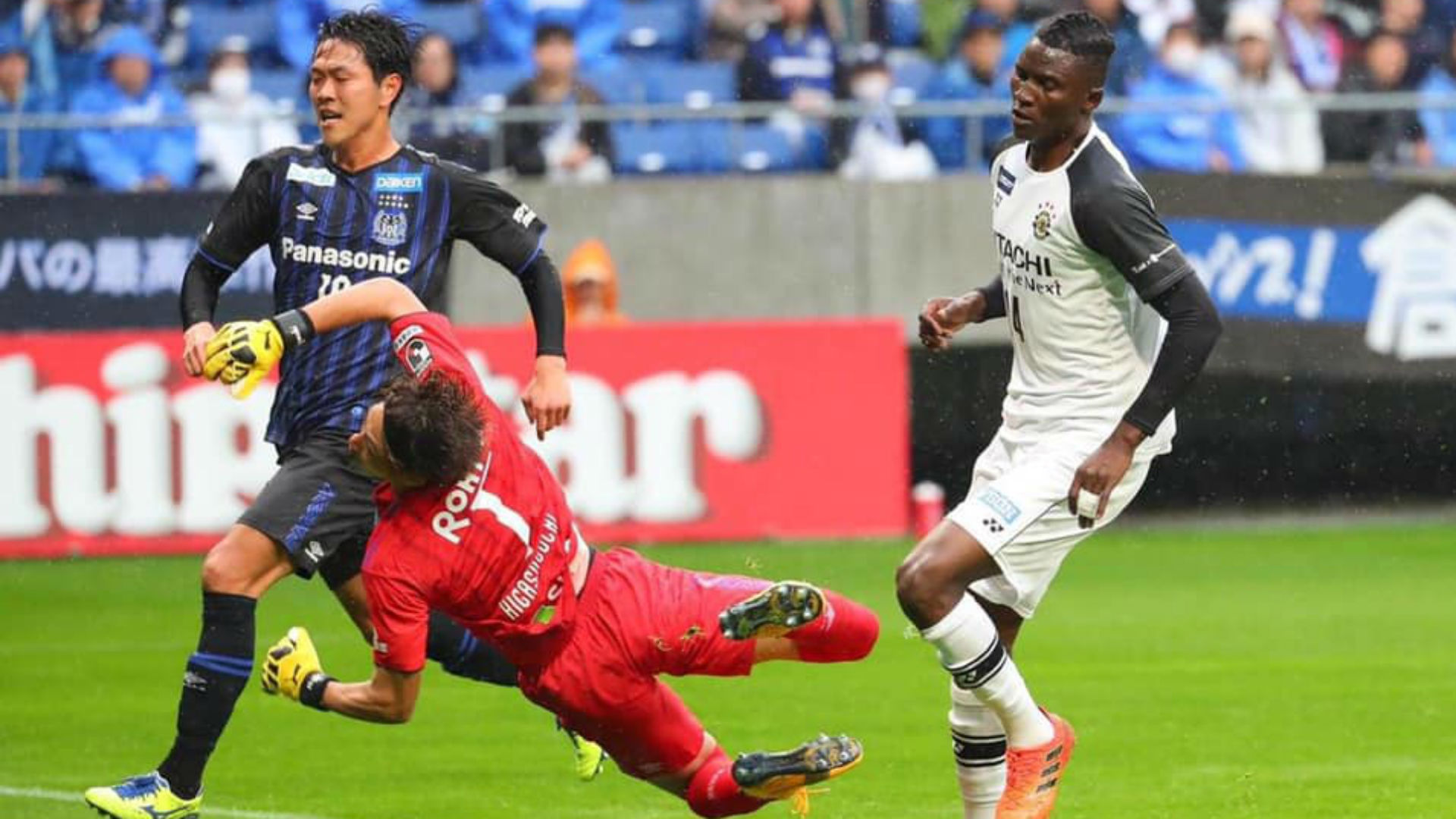 Kenya’s Michael Olunga was on target once again as Kashiwa Reysol picked up a heavy 4-0 win against Urawa Reds.

It is the second straight match the Harambee Star found the back of the net after going for three matches without scoring since the J1 League resumed.

The win at Saitama Stadium 2002 was also Kashiwa Reysol’s second straight win after a 3-2 victory against Shonan Bellmare on July 18.

The visitors got a 32nd-minute opener after Brazilian Richardson Fernandes struck past Urawa Reds’ goalkeeper Shusaku Nishikawa to begin what became a big away win for Olunga and teammates.

The former Thika United star struck his fourth goal of the season in the 51st minute with Taiyo Koga providing him with a valuable assist.

Hayato Nakama scored the third one for the visitors five minutes after Olunga’s goal with an assist from Yuta Kamiya.

Kamiya found himself getting onto the scoresheet with an 89th-minute goal that ensured Kashiwa Reysol will not only head back home with a big win but also with a clean sheet.

There was only one yellow card booking which went to Kashiwa Reysol’s Fernandes in the 27th minute.

Kashiwa Reysol, now eighth, are a point below Urawa Reds who are sixth on the log after both engaging in six matches.

When Olunga had broken a three-match goalless streak, he exuded confidence that he had indeed regained his goalscoring touch.

“But of course it is a good feeling to get my scoring boots back again and I know now the gates are open,” he said in an interview.

“It is going to be a different ball game altogether and today [July 18] I scored two goals and I am looking forward to the upcoming games.”

Meanwhile, Yokohama FC produced a splendid performance against Yokohama Marinos as they bagged a 4-0 win too.

Shonan Bellmare won 1-0 against Kashima Atlas in their respective tie while Gamba Osaka also picked up a slim win at a similar margin against Sanfrecce Hiroshima.

There was a 1-1 draw registered between Sagan Tosu and Shimizu S-Pulse when Consadole Sapporo got a similar result away to Tokyo FC.

Kawasaki Frontale fought and won 3-2 against Vegalta Sendai in the other match staged on July 22.