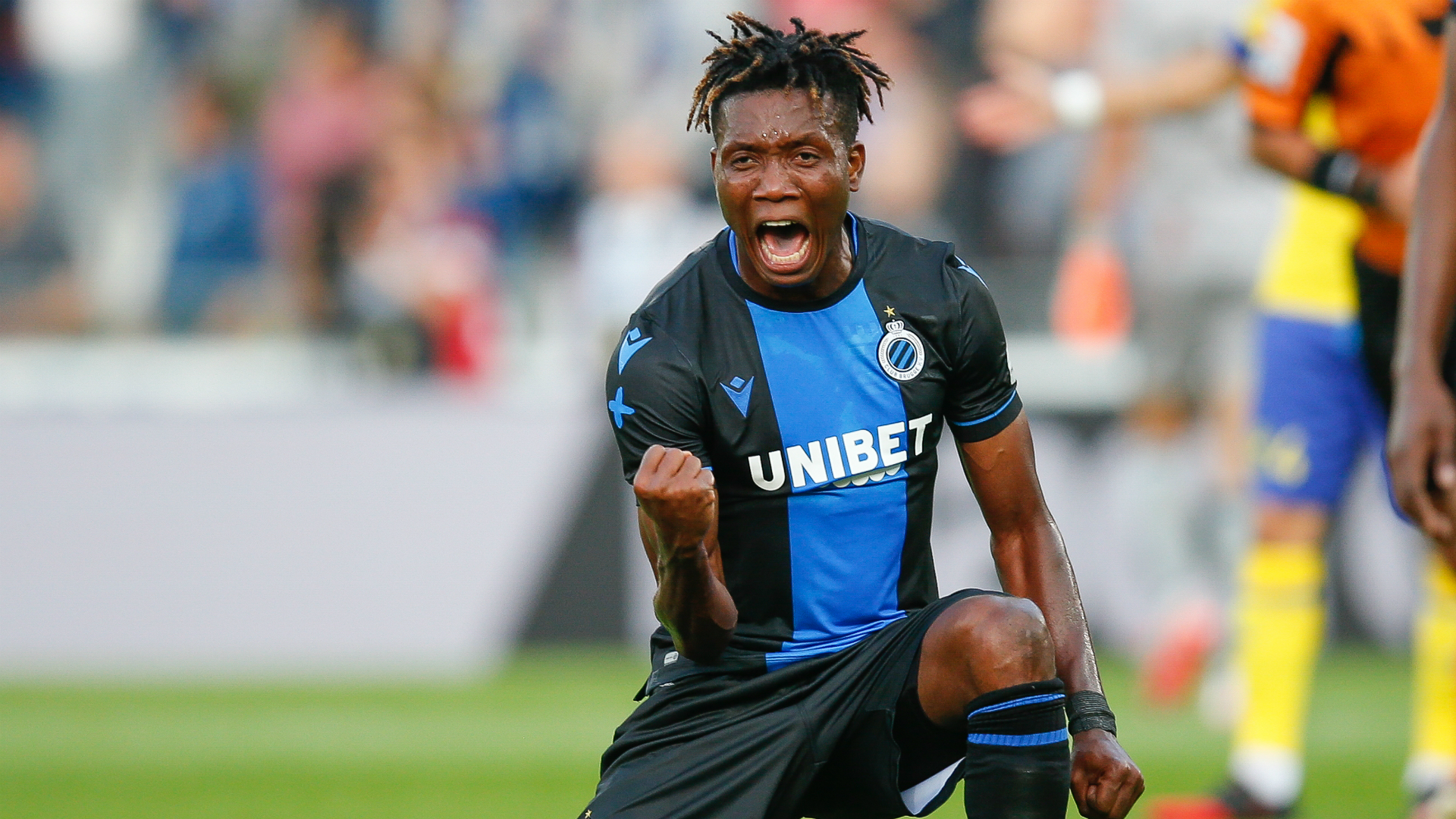 David Okereke has scored his first goal of 2020 in Club Brugge’s 4-1 triumph over Waasland-Beveren in Saturday’s Belgian First Division A encounter.

Since netting a brace against Zulte-Waregem on December 26, 2019, the former Nigeria U23 star has gone on a run of nine months without finding the net.

Against Wase Wolven, however, the former Spezia man returned to scoring ways inside Jan Breydel Stadium that accommodated over 9,000 fans.

Hans Vanaken gave the Blue-Black a 16th minute lead from the penalty mark after Morocco’s Amine Khammas had brought down Nigeria’s Emmanuel Dennis. Referee Erik Lambrechts pointed to the spot before the Belgian slotted the ball past goalkeeper Nordin Jackers.

Daan Heymans equalised for the visitors on the half hour mark with VAR upholding the goal despite Aleksandar Vukotic’s tackle on Clinton Mata before the goal was scored.

Five minutes into the second-half, Okereke found the net after Eduard Sobol’s cross touched his shin before sailing into the net. In the 84th minute, substitute Michael Krmencik wrapped up the win as Nicky Hayen’s men returned home with heads bowed low.

After an impressive evening, Okereke was replaced in the 78th minute by Senegal international Krepin Diatta. His compatriot, Dennis, who was cautioned in the 52nd minute, came off after 72 minutes for Belgium’s Charles De Ketelaere. Cote d’Ivoire’s duo of Simon Deli and Odilon Kossounou including Angola’s Mata were in action from start to finish.

For the visitors, Belgium-born striker of Senegalese descent Aboubakary Koita and Khammas lasted for the whole duration.

Thanks to this result, Club Brugge are third in the Jupiler League log having garnered nine points from five matches, with Waregem sitting in seventh position with six points.

Okereke would be hoping to find the net again when his club travel to Regenboogstadion for Sunday’s clash with Zulte Waregem that parade Ghana’s Daniel Opare and Burundi international Saido Berahino. On Saturday, Waasland-Beveren welcome Anderlecht to the Freethiel Stadion.