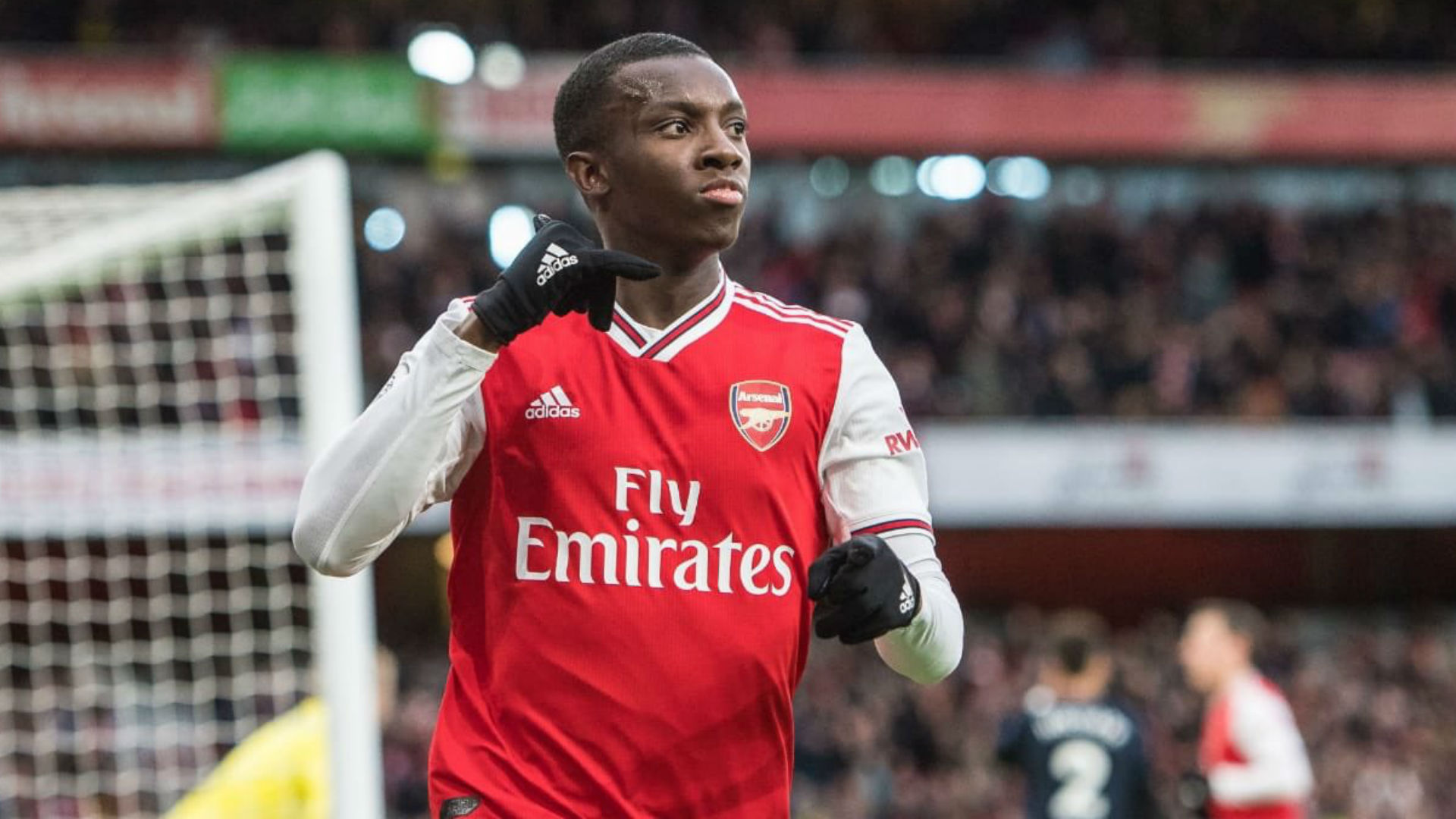 Ghana have made contact with the family of Arsenal forward Eddie Nketiah over a possible switch of international allegiance for the 21-year-old.

Born to Ghanaian parents in London, the striker currently represents his country of birth at youth stage.

His rise to prominence last season following promotion to The Gunners’ first team has made him the subject of an international tug-of-war.

“We’ve been able to talk to Eddie Nketiah’s parents. But even though we’ve tried, it doesn’t mean it’s a done deal,” Ghana coach CK Akonnor has told Starr FM.

“Myself and the Ghana Football Association are working hard at it.”

Talks about a potential international senior future with Ghana heightened when the nation’s Football Association (GFA) sent out a congratulatory message to the striker on social media following Arsenal’s 2-1 FA Cup final triumph over Chelsea earlier this month.

The attacker, who spent the first half of last season on loan at Leeds United, posted a team celebration picture with the caption “Champions Arsenal”, a tweet the GFA quoted with a reply “Congratulations Eddie Nketiah”.

The striker then responded “Thank you” in an exchange that would fuel nationality switching speculation.

Ghana were quick to calm the rumours, saying the exchange was not that deep.

“All his parents are from Ghana and he [Nketiah] has represented England in all youth competitions,” GFA communications director Henry Asante Twum said, as reported by Citi Sports.

“He has won two trophies this season, that is with Leeds United in the Championship and then with Arsenal, so we congratulated him on Twitter for his achievement. He also responded to our tweet to show his appreciation.

“It is not far-fetched to strategically congratulate him to let him know that eyes are watching.

“Contacting his family has not come up yet. When the process begins, the media will be updated.

“That move cannot be made without the input of technical handlers. Where we sit, nothing of the sort has come to our table.”

Nketiah reportedly rejected a first Ghana offer ahead of the Africa Cup of Nations (Afcon) in Egypt last year.