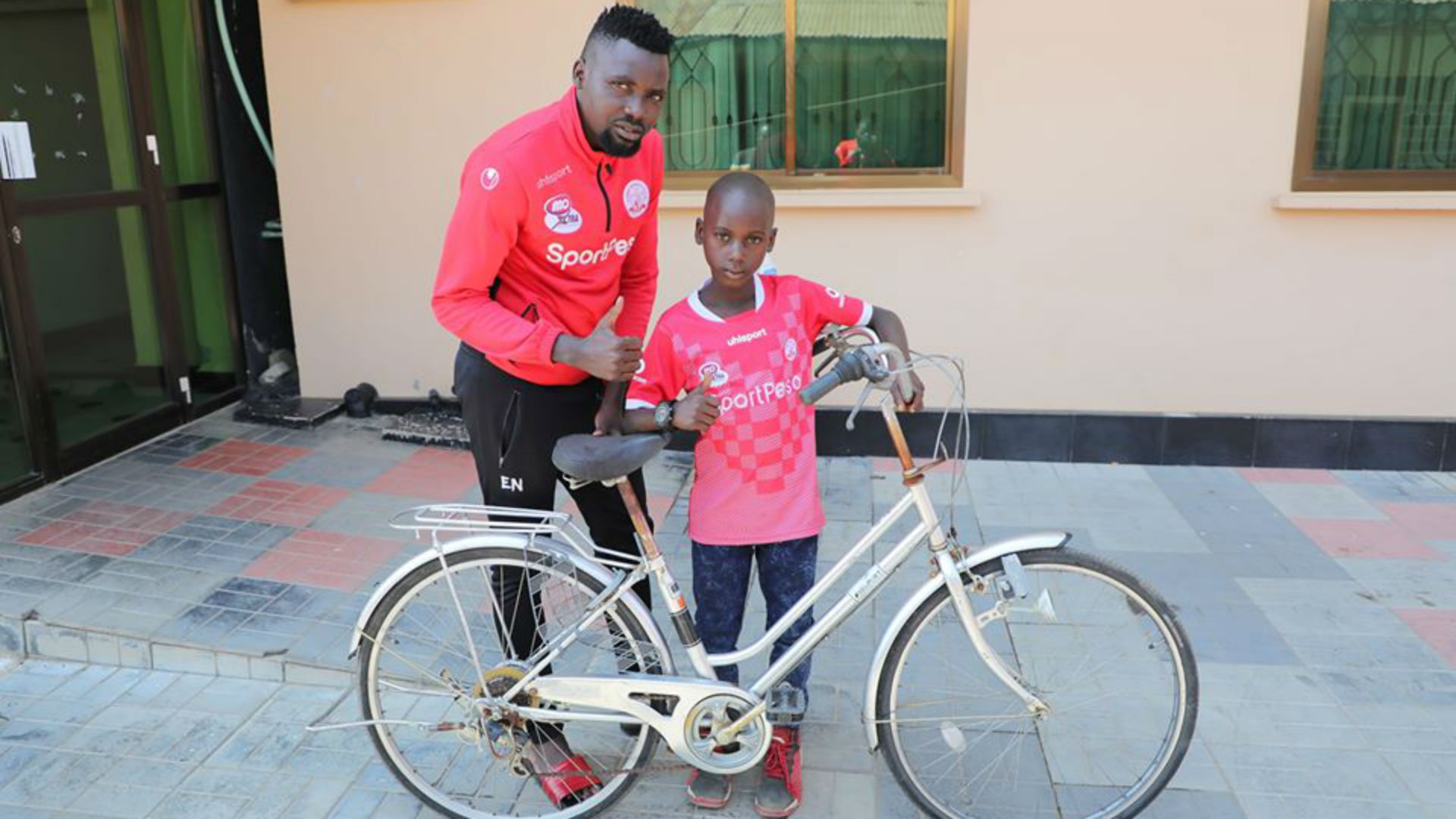 Simba SC defender Erasto Nyoni has bought young fan Jumanne Ulimwengu a bicycle, fulfilling a promise he made to the supporter.

The Tanzania international delivered a jersey printed with his name and number on the back to the young boy for his loyalty, and after getting the jersey, Ulimwengu went on to request the Taifa Stars defender buy him a bicycle to use when going to school.

“Erasto Nyoni has awarded his fan Jumanne Ulimwengu with a jersey,” Simba SC confirmed on Friday. “A couple of weeks ago, the youngster was shown by Azam TV with a t-shirt which had the player’s name and number on the back.

“After rewarding him with the jersey, Jumanne requested Nyoni to also buy him a bicycle to help him get to school, and the defender promised to buy him that as well.”

On Saturday, the 32-year-old delivered on his promise by buying and presenting the bicycle to his new friend.

“Erasto Nyoni has honoured his promise of buying Jumanne Ulimwengu a bicycle to be used for school,” Simba confirmed on Saturday through their social media accounts. “Nyoni had made that promise on Friday when awarding the boy a jersey.”

The defender is expected to be in the team to play Namungo on Sunday in the final of the FA Cup.

The Wekundu wa Msimbazi will be keen to seal a treble this season, having won the Mainland Premier League title and the Charity Shield Cup, as they come up against a Namungo side who finished fourth on the league table, at the Nelson Mandela Stadium in Sumbawanga, Rukwa.

Coach Sven Vandenbroeck told Goal he will not underrate their opponents and will, instead, pick his best squad for the final.

“It will be our final match of the season and we will, therefore, field our best squad to finish the job,” Vandenbroeck told Goal on Saturday. “I will not underrate [Namungo], they are not a team to look down upon and therefore, I have told my players what to do and what to expect in such a final.

“It will be difficult because they can also spring a surprise, so we must be ready to deal with them,” he concluded. “I am happy we have been training for the last few days since we ended the league and all the players are fit to play.

“I will go for my best squad, to finish the job and give us another trophy.”