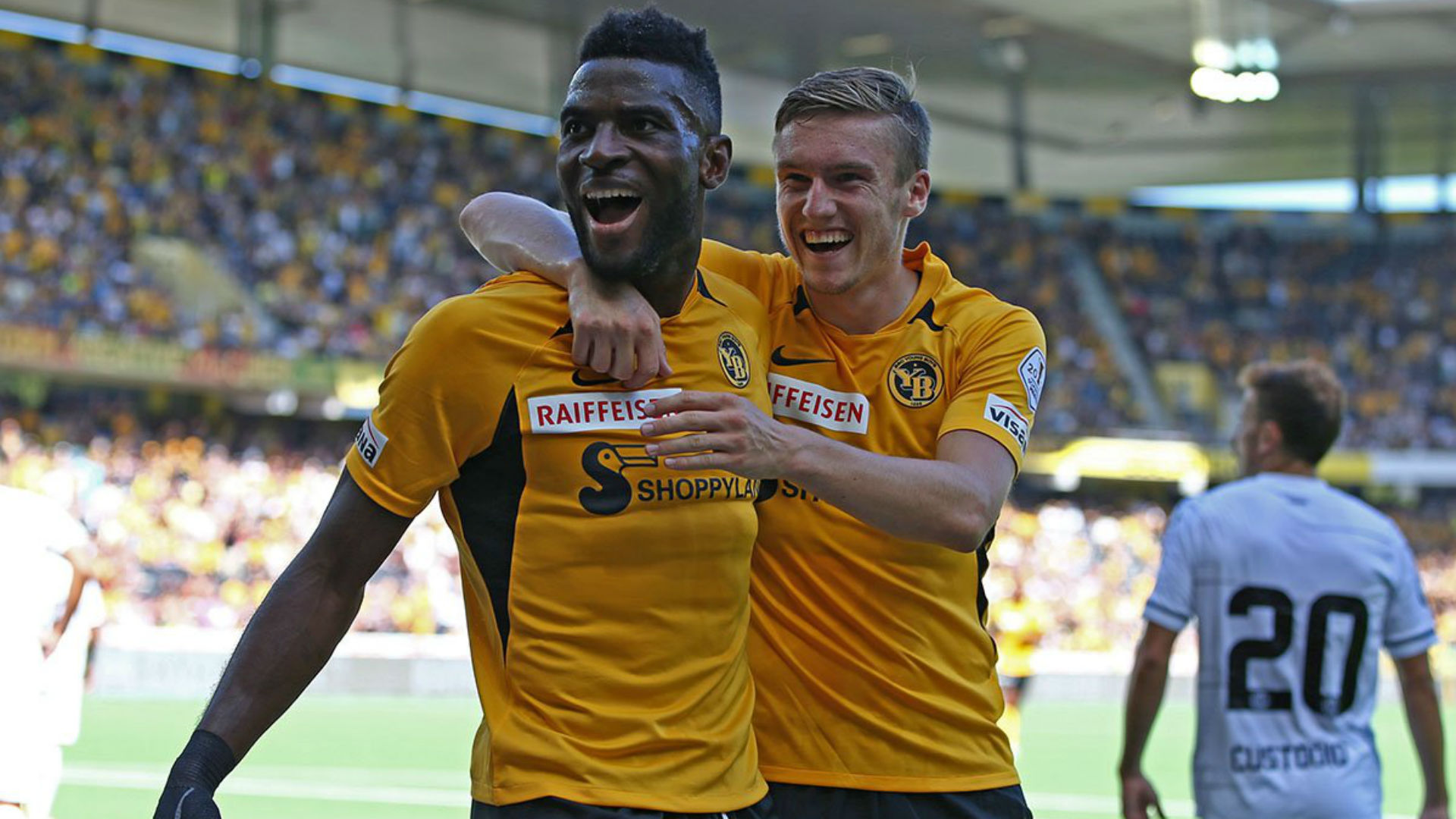 Having crashed out of the Champions League, Ndubuisi Egbo’s Albanian outfit were demoted to Europe’s second tier competition but they were unable to contain Young Boys firepower at the Wankdorf Stadium.

The game was a test of character for hosts who fluffed several scoring chances against a Tirana side that put up a solid defending.

Seven minutes into the second-half, Nsame put the Swiss topflight side two goals ahead with Ngamaleu again providing the assist.

In the 64th minute, the 27-year-old striker completed his double after getting a pass from Fassnacht in the goal area of the reigning Albanian champions.

Tirana’s hopes of launching a comeback got dashed three minutes later after Argentine midfielder Agustine Torassa was given the marching orders for a second caution.

Young Boys’ inability to convert begging chances that came their way in the final third ensure that scores stood at 3-0 after the final whistle.

After an impressive shift, Nsame was substituted for on loan Rennes forward Jordan Siebatcheu, while his compatriot Ngamaleu came out for Gianluca Gaudino after 65 minutes.

For Egbo’s Tirana, Ghana’s Winful Cobbinah was handed a starter’s role, albeit, he was relieved for compatriot Derrick Sasraku in the 71st minute, while Ibrahim Sulley, Richard Danso and Isaac Gyamfi played no part in the game.

Young Boys return to domestic action when they host Vaduz on Sunday. They currently sit fourth in the Super League log after accruing four points from two games.

Despite this defeat, ex-Super Eagles goalkeeper Egbo wrote his name in the history books being the first Nigerian to lead a team in the Europa League.