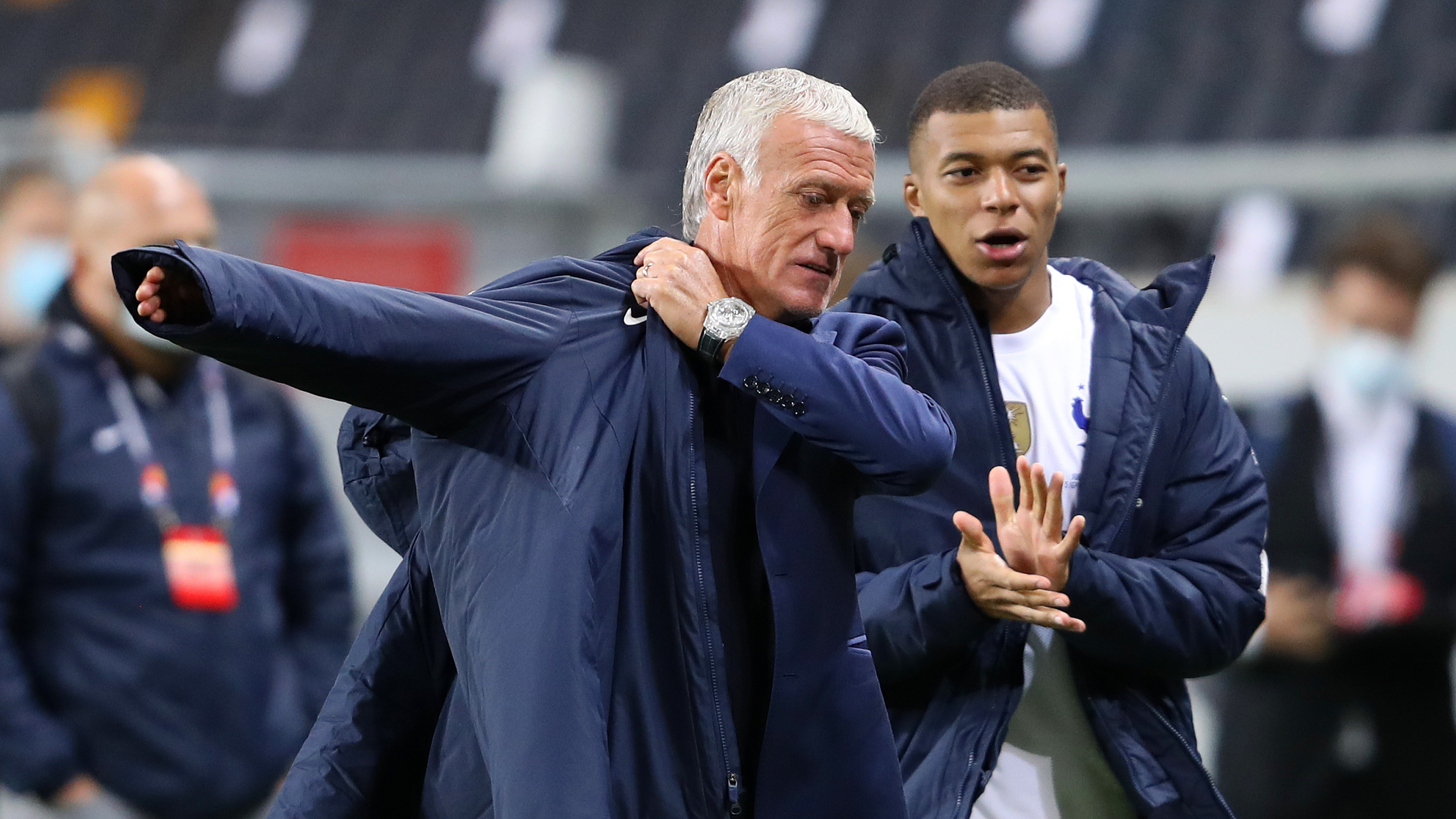 France head coach Didier Deschamps said he is unwilling to take risks with Kylian Mbappe as the world champions look ahead to their Nations League clash against Croatia.

Mbappe scored the winning goal but hurt his ankle in France’s unconvincing 1-0 victory over Sweden in their Nations League Group A3 opener on Saturday.

The Paris Saint-Germain star, who overcame an ankle problem to take part in his club’s run to the Champions League final, was substituted with 13 minutes remaining after a blow to his foot in Stockholm.

Deschamps was asked about Mbappe’s fitness as France prepare for Tuesday’s fixture against Croatia – a rematch of the 2018 World Cup final.

“He was better after the game,” Deschamps told reporters. “He took a bad blow on his sensitive ankle. He kept playing, even if I did not take any risk.

“We will see how he feels tomorrow [Sunday]. The other players too. I don’t want to take any risk. So let’s see how his ankle reacts tomorrow. I’ll talk with him to see if he can play on Tuesday against Croatia.”

Deschamps added: “I did not find him less strong than usual. He is not at his best, clearly, as others, but has this power to score all the time as he did on his action of his goal. There are not many players who can do that.

“He has some lightnings, he is maybe not into consistency but he is a permanent danger for the opponent. He had his injury and he tried everything to be there at the Champions League final eight where he plays the final.

“After that he stopped playing. He needs to be careful at the training sessions, before and after. We were not very worried about his ankle, it’s still not the case. As he said, with time it would be better every day.”

Upamecano, who has been linked to Manchester United, was yellow carded early and Deschamps said: “First selection is never easy when you are a young player, and he is a young player.

“He can’t have the same confidence of those who play many games with us. He took an early yellow card, so it’s not just the risks he took as a defender with the ball, it’s more about his fault. Because there are 90 minutes almost to deal with after that, and it change his way to defend then in his interventions.

“But he needs to go through this period, he has shown a lot of physical presence in the defensive area. He knows how to play in this 3-5-2 system, even if with Leipzig he plays more in the centre of the back three. And it was the first time he played with these players.

“I don’t give excuses, but I take that in consideration for my analysis. He is able to control better [his nerves] but he is a very young player and this game will help him for what comes next.”