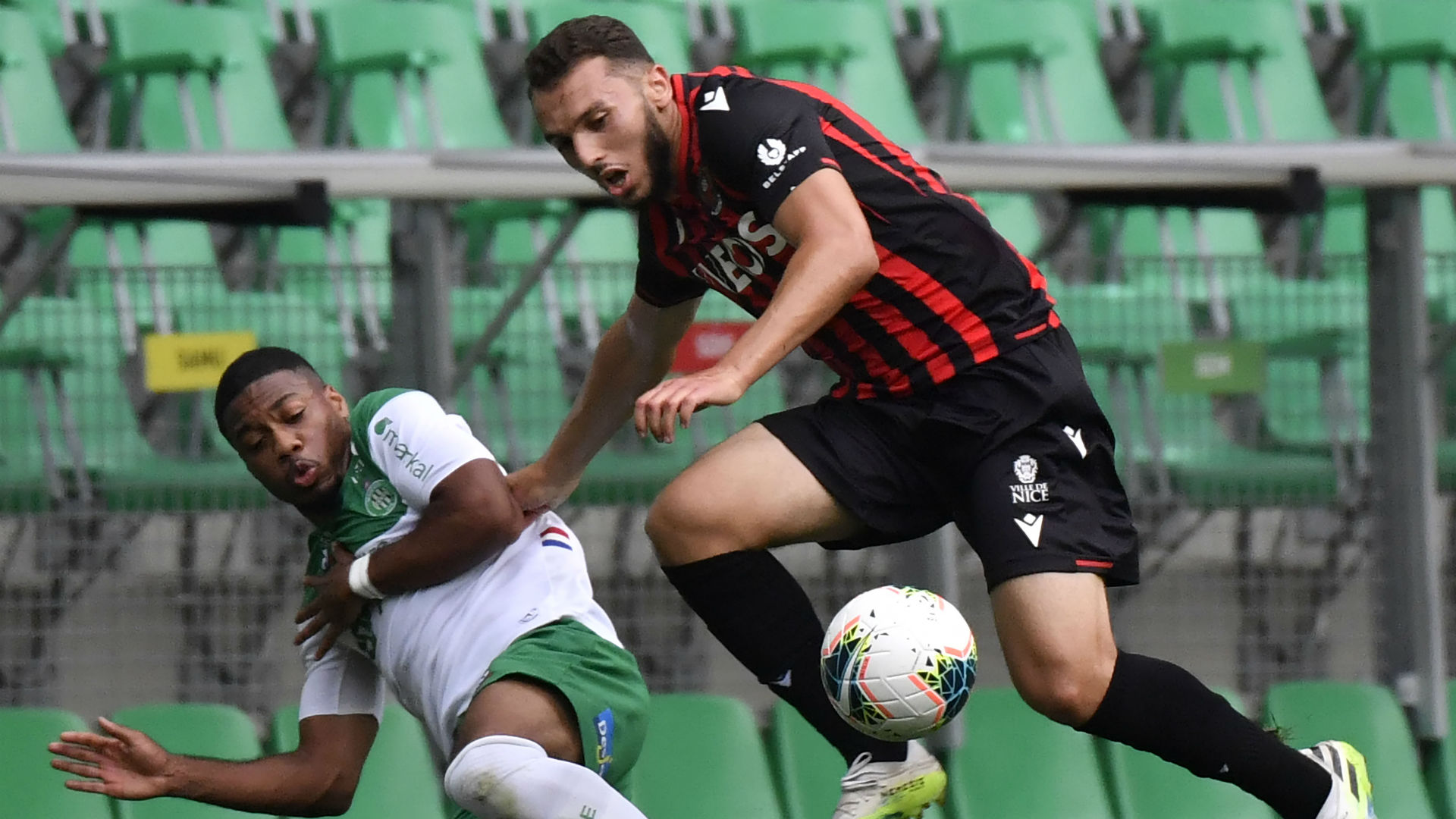 OGC Nice manager Patrick Vieira has given the reason why Amine Gouiri did not start in their Ligue 1 clash with Montpellier on Saturday which ended in a 3-1 loss.

Les Aiglons were 2-0 victors at Strasbourg last time out before the international break with Gouiri – a €7 million signing from Olympique Lyon playing the entire game.

He, however, started from the bench and came on for Myziane Maolida in the 63rd minute. Six minutes later, the Franco-Algerian sent in a cross which met the head of Brazilian defender Dante for a goal.  It was a little too late by that time as Montpellier had already netted three goals through Gaetan Larbrode and Daniel Congre, with Algerian striker Andy Delort providing a brace of assists.

Gouiri has now been involved in three goals (two goals, one assist) for Nice in three games.

Vieira confirmed that Gouiri’s failure to start was because of an injury he suffered while on duty with the France Under-21s during the international break and admits it was a risk playing him.

“No, he wasn’t in a position to start. He came back from international duty injured,” the former New York City FC manager said on the club website.

“Since he came back to us, he’s not trained. He took some anti-inflammatories, but it was a risk to play him. It’s a risk I couldn’t take and I don’t regret it.”

Vieira went on to analyse his team’s overall performance.

“We came up against a very compact side. It was difficult for us to create overloads. When you don’t put any rhythm into your build-up play, it’s difficult to knock a team like Montpellier off-balance,” Vieira said.

“We also suffered physically. It was difficult for us to create chances. We have the players to do a lot better. Why weren’t we able to play better? Why didn’t we manage to cause them more problems? Why did we suffer so much when we were defending? We’ll have to analyse that.

“That’s when we’ll find answers. I’ve always said that despite winning our first two games, there was still a lot of work to be done. We came up against a clinical and dangerous side that played very well on both sides of the ball. We suffered an enormous amount.”

Gouiri will hope to be fully fit when Nice tackle Paris Saint-Germain in their next Ligue 1 encounter on September 20.