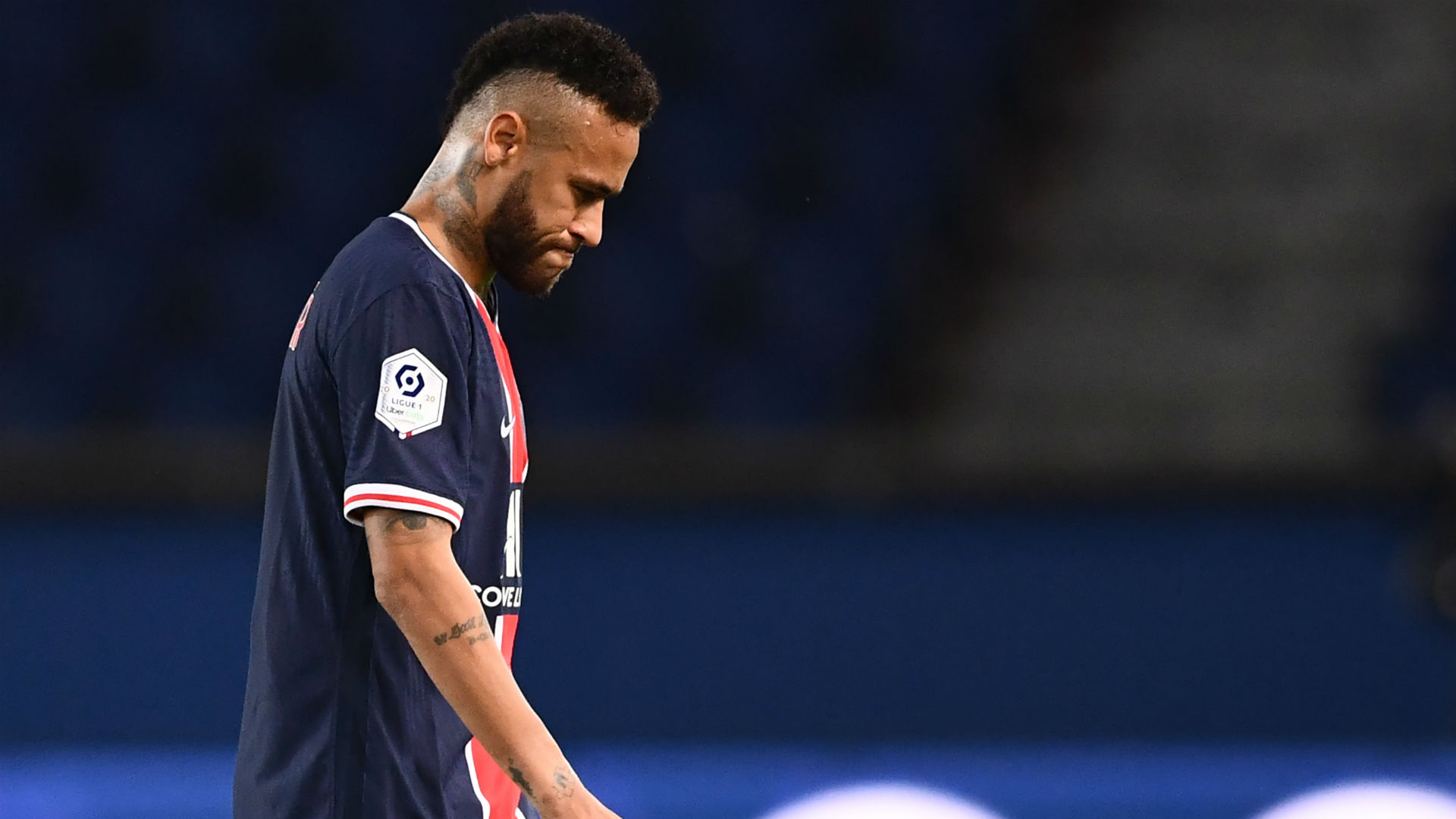 Neymar was one of three Paris Saint-Germain players to see a red card as their Ligue 1 return against Marseille descended into chaos on Sunday.

The Brazilian star accused Marseille’s Alvaro Gonzalez of racism as he exited the pitch after his red card, which was earned when he slapped the defender on the back of the head in a game-ending brawl.

Pitchside microphones caught Neymar making the accusation to the fourth official, and the PSG forward then repeated his assertion to a nearby camera after VAR confirmed his red card.

Having been excused from duty for the first two rounds of 2020-21 due to their exertions in the delayed Champions League knockout stages, Thomas Tuchel’s men were back in action this weekend as they welcomed l’OM to Parc des Princes.

There is little love lost between the capital side and Marseille, but a bad-tempered game that saw 36 fouls committed and 12 yellow cards handed out inside the 90 minutes eventually spiralled out of control deep into injury time.

A tussle between Argentine pair Dario Benedetto and Leandro Paredes quickly escalated into an all-out brawl between PSG and Marseille players, with Neymar in the thick of things.

The Brazilian slapped Gonzalez on the back of the head, while Layvin Kurzawa and Jordan Amavi also traded blows.

Once order was restored referee Jerome Brisard showed a straight red to Neymar, Kurzawa and Amavi for their part in the fracas, the former going following a consultation with VAR, with Paredes and Benedetto also ordered from the field after picking up second bookings.

As a result PSG played out the final minutes with eight men and Marseille nine, the latter holding on to take a 1-0 victory having gone ahead in the first half thanks to Florian Thauvin’s goal. It was their first win in 20 matches against the dominant side in French football over the last decade.

The rivalry between the two French giants is one of the biggest in Ligue 1, and has only grown more tense thanks to PSG’s recent Champions League exploits.

Police in Marseille even went as far as to ban the use of PSG shirts around the city on the night of their final defeat to Bayern Munich, after reports of incidents between fans of the two sides following their semi-final win over RB Leipzig.

After that loss to Bayern, Marseille star Dimitri Payet wasted no time in reminding PSG that his side remains the only French team ever to have won the European Cup or Champions League trophy, taking to social media shortly after full time in the Estadio da Luz.