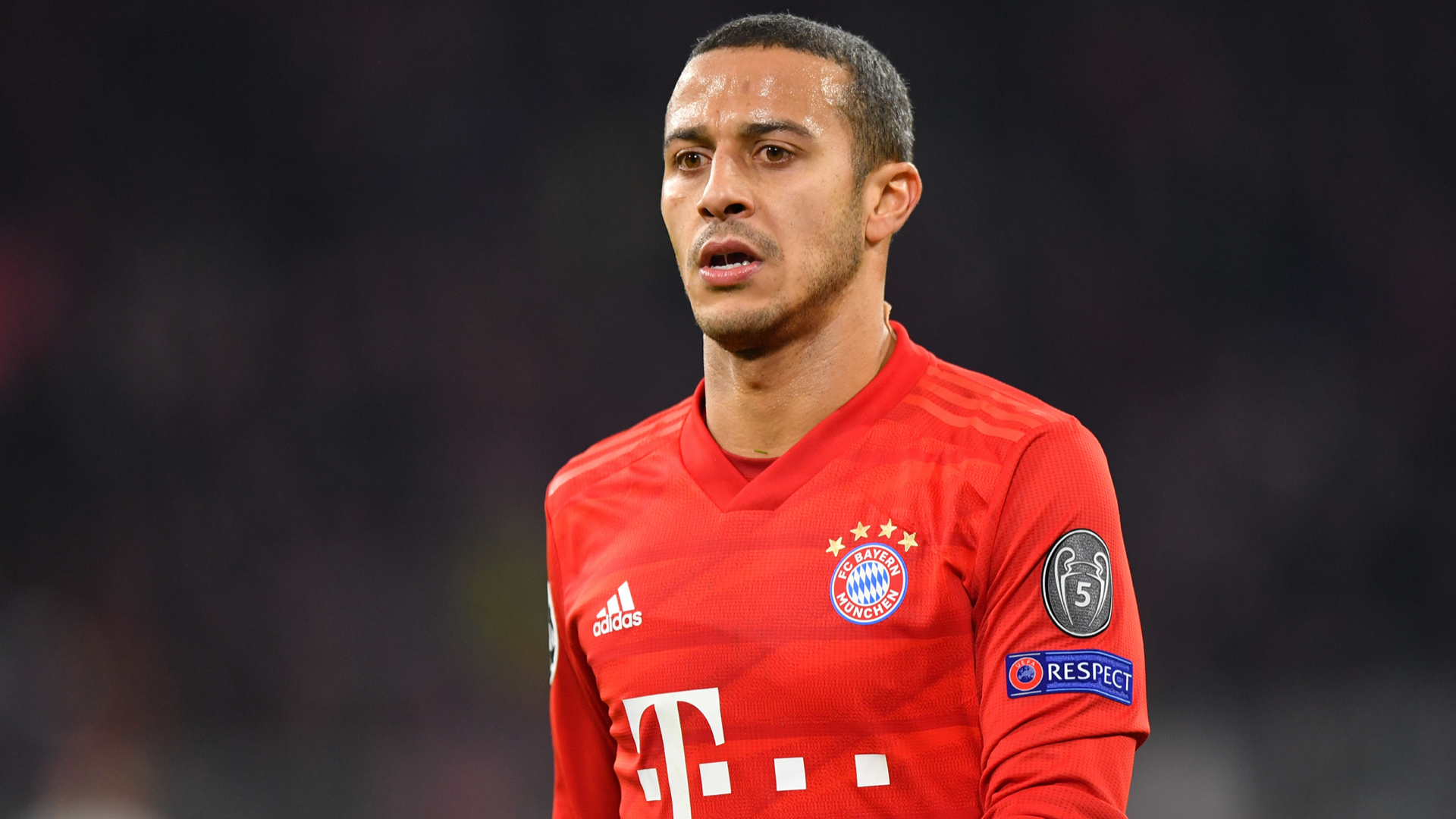 Manuel Neuer is hoping Thiago Alcantara stays with Bayern Munich, as the midfielder continues to be linked with Liverpool.

Manuel Neuer hopes Liverpool target Thiago Alcantara can be persuaded to stay at Bayern Munich, describing him as “our engine in midfield”.

On the eve of the Champions League last-16 second leg against Chelsea, captain and goalkeeper Neuer stressed how important the former Barcelona player has become over seven years at Bayern.

Thiago has one year left on his Bayern contract and the club would be reluctant to see him leave on a free transfer in 2021.

One alternative to that prospect would be cashing in on him now, with Premier League champions Liverpool apparently keen on taking him to Anfield.

Liverpool boss Jurgen Klopp has praised Thiago, describing him as “a great player”, but has declined to speak any further about the Spaniard.

Asked about the influence of Thiago, and the possibility of him being in his final days as a Bayern player, Neuer stressed he hoped the Chelsea game was not the beginning of the end for the 29-year-old in Munich.

“I hope that it won’t be one of the last matches of Thiago,” Neuer said.

“He had to undergo surgery at the end of the season but now he’s back and 100 per cent. He’s a very valuable player for us, especially in ball possession. He’s very important for us. He’s our engine in midfield actually.”

Bayern lead Chelsea 3-0 from the first leg of their European tie, so with home advantage on Saturday they should have little trouble making sure of a quarter-final place.

Lisbon will stage the Champions League from the last eight onwards.

“We’re a great team, we all get on well. We are hungry and ambitious. It’s important that we have this goal ahead of us. That’s how it was with the Bundesliga.”

Neuer says Bayern are eager to complete a treble, having already won the Bundesliga and DFB-Pokal in Germany this season.

“We have played a good season and a successful season so far,” he said. “We’re still hungry and still committed. We have the objective right in front of us.

“We won the league, we won the cup, and now we want to win to achieve this next objective that we have.

“First we have to overcome Chelsea and then it’s the knockout stage. They are very high calibre clubs in this competition. We know from our experiences with the national team, for example, that every mistake could cost a lot and you have to really pay attention.

“We’ve worked together very well for three and a half weeks and we want to achieve a lot.”

From the quarter-final stage onwards, it will be a straight knockout event, with two-leg games abandoned to allow the tournament to be completed in the shortest possible time.

“You can achieve a lot, but of course you can also lose a lot in such a format,” Neuer said.