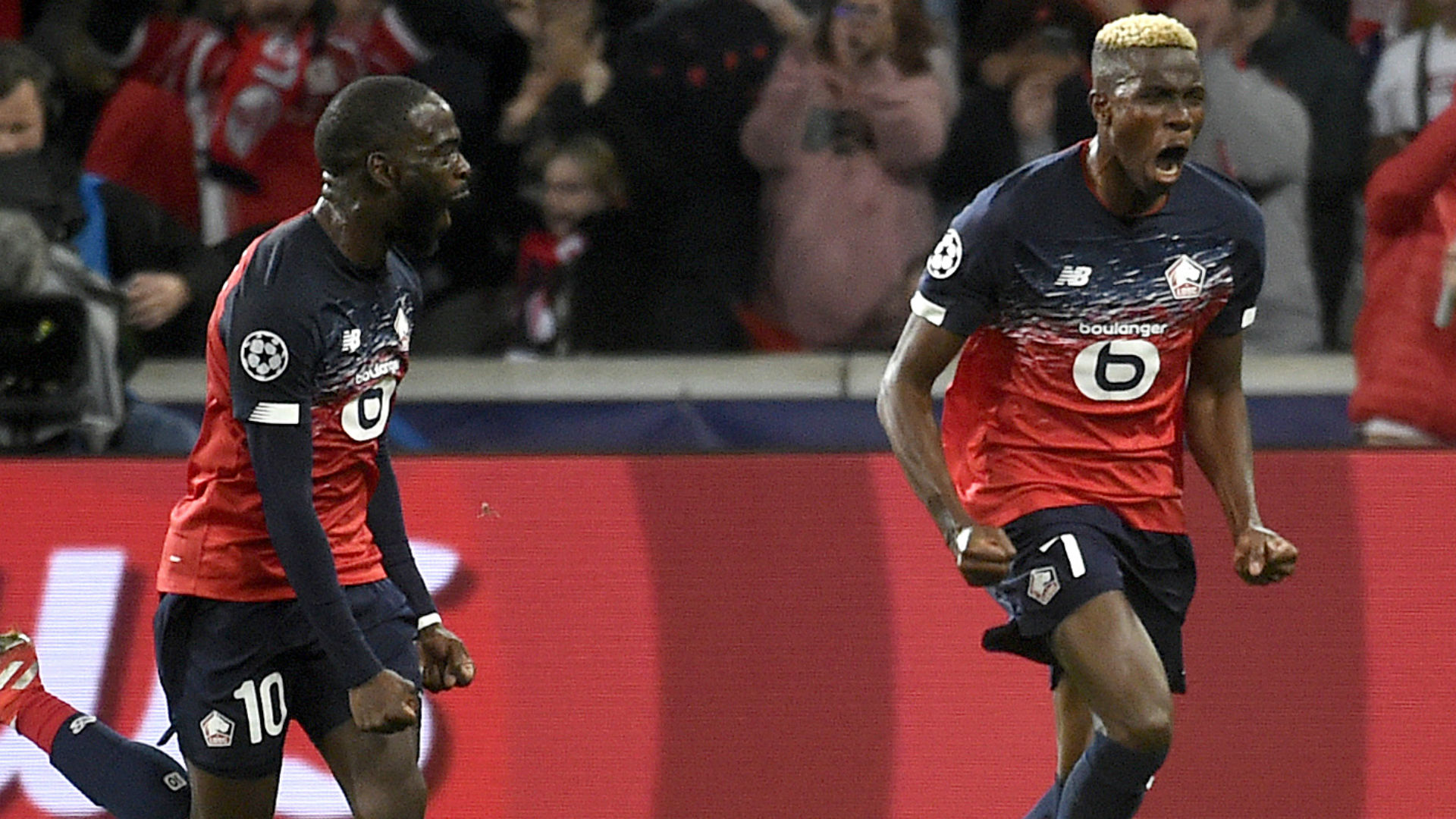 Former Wolfsburg manager Bruno Labbadia has lauded Napoli new boy Victor Osimhen for his work rate and effort, and is confident that the attacker can work well alongside current Partenopei frontman Dries Mertens.

The 21-year-old Nigeria international sealed a move to the San Paolo from LOSC Lille last Friday for €50 million, much to the excitement of Napoli fans and supporters in his home country.

He is expected to be the main striker for the club, with Poland striker Arkadiusz Milik anticipated to leave the Campania capital.

Osimhen comes in having scored 18 goals in 38 competitive outings for Lille. He began his senior career at Wolfsburg under the tutelage of Labbadia, after impressing for Nigeria at the 2015 Under-17 World Cup in Chile where he scored 10 goals in seven matches to finish as top scorer.

Things never went well for Osimhen at Wolfsburg, as injuries limited him to just 16 appearances in two years with no goals. He however found revival at Belgian club Charleroi where he netted 20 goals in 36 appearances.

“When he has the ball on his feet, he is formidable and in one on one he is very strong,” Labbadia was quoted saying in Il Mattino as reported by TuttoMercato, “and then he is very good in running without the ball to be found free by his companions.

“He knows how to descend in every reality, he always gives 200 percent,” the German coach added. “He makes a great central striker because he is the classic number 9.

“Not only that, he played outside for me in 4-2-3-1. He was young and he’s fast, but it is in front of goal that he can make the difference because he has a great flair for the goal.”

There have also been questions about how Osimhen can play alongside Napoli’s all-time top scorer Mertens and Labbadia believes both men can fit in together.

“They can coexist, they have different and complementary characteristics,” he said.

“It is clear that when you join an important team, there is always competition,” D’Amico told Radio Marte. “Napoli have had many champions who have been able to coexist to create healthy internal competition.”