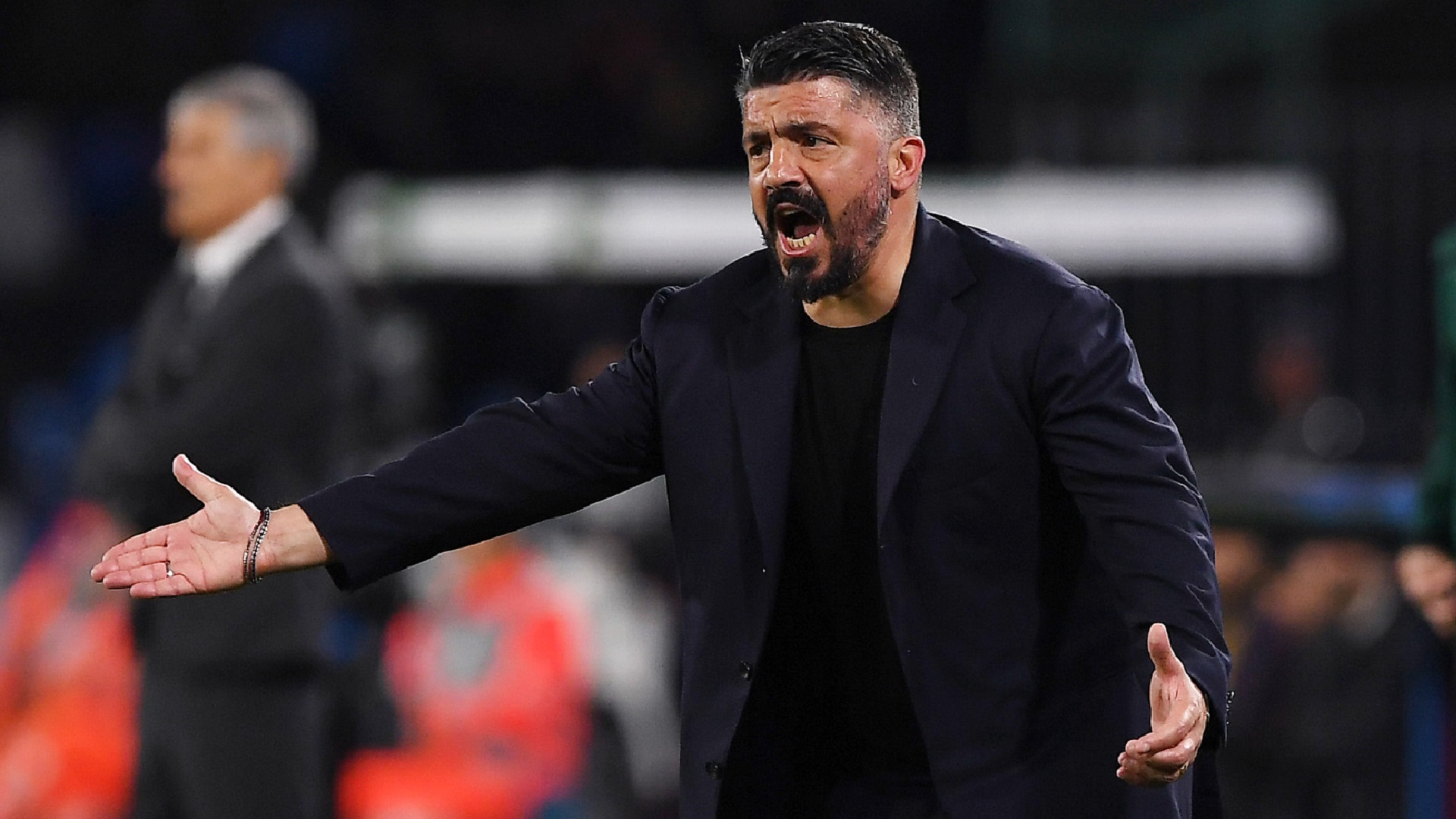 The Blues boss spoke to the media following his team’s victory over Udinese on Sunday.

Napoli head coach Gennaro Gattuso admitted he is “worried” amid a spike in coronavirus cases in Barcelona ahead of next month’s Champions League showdown.

Gattuso’s Napoli are scheduled to visit Barcelona for the second leg of their last-16 tie on August 8 behind closed doors but a surge in COVID-19 cases in Catalonia has prompted concerns.

UEFA has confirmed it would be ready to move the clash away from Camp Nou, with the city locked down again and residents asked to stay at home for a fortnight.

Asked about the situation following Sunday’s last-gasp 2-1 Serie A victory over Udinese, Gattuso said: “I haven’t got caught up on any of it because it’s not my job. It’s something for the president and his guys.

“They always do this kind of thing. We are worried, of course, but I stay put because the chairman and his entourage will know what to do.”

Sixth in the standings with four league matches remaining, Gattuso added: “After COVID we are playing another sport.

“Playing every three days without our fans with no time to prepare matches it is hard. I must say that the team is doing well.”

“We hope to get there, on August 8 very fit against Barcelona,” he continued. “It will be very important the way you get there. If you have the right mentality and I think that in the last couple of months we did well.”

Napoli star Dries Mertens was forced off the field through injury after just 31 minutes against Udinese.

“Mertens took a knee to his backside so he couldn’t run fluently. I hope it’s nothing serious,” Gattuso said.

Mertens recently pledged his future to the Neapolitan side, putting an end to speculation that the forward might join Chelsea or Inter, but there remains uncertainty regarding some of the club’s other big names.

Indeed, the likes of Milik, Kalidou Koulibaly, Hirving Lozano and Brazilian midfielder Allan have all been subject to transfer speculation and Gattuso admits that he doesn’t expect to retain the services of everyone currently at his disposal.

“We don’t need to operate too much in the market,” the trainer told the press last month. “We have to see who’s going to leave us. Our chairman knows it – we speak about it every week. This is a strong team but I think that only 70-80% of the players will stay with us.

“We will do a few transfers but I know this team has great quality [already].”


Source link
2020-07-20
admin
Share
Previous How to win a signed Liverpool jersey with New Balance
Next What transpired when East Bengal and Mohun Bagan partnered with corporate giants?