Muema: Kenyan star sets target of 15 goals and above for MFK Zvolen 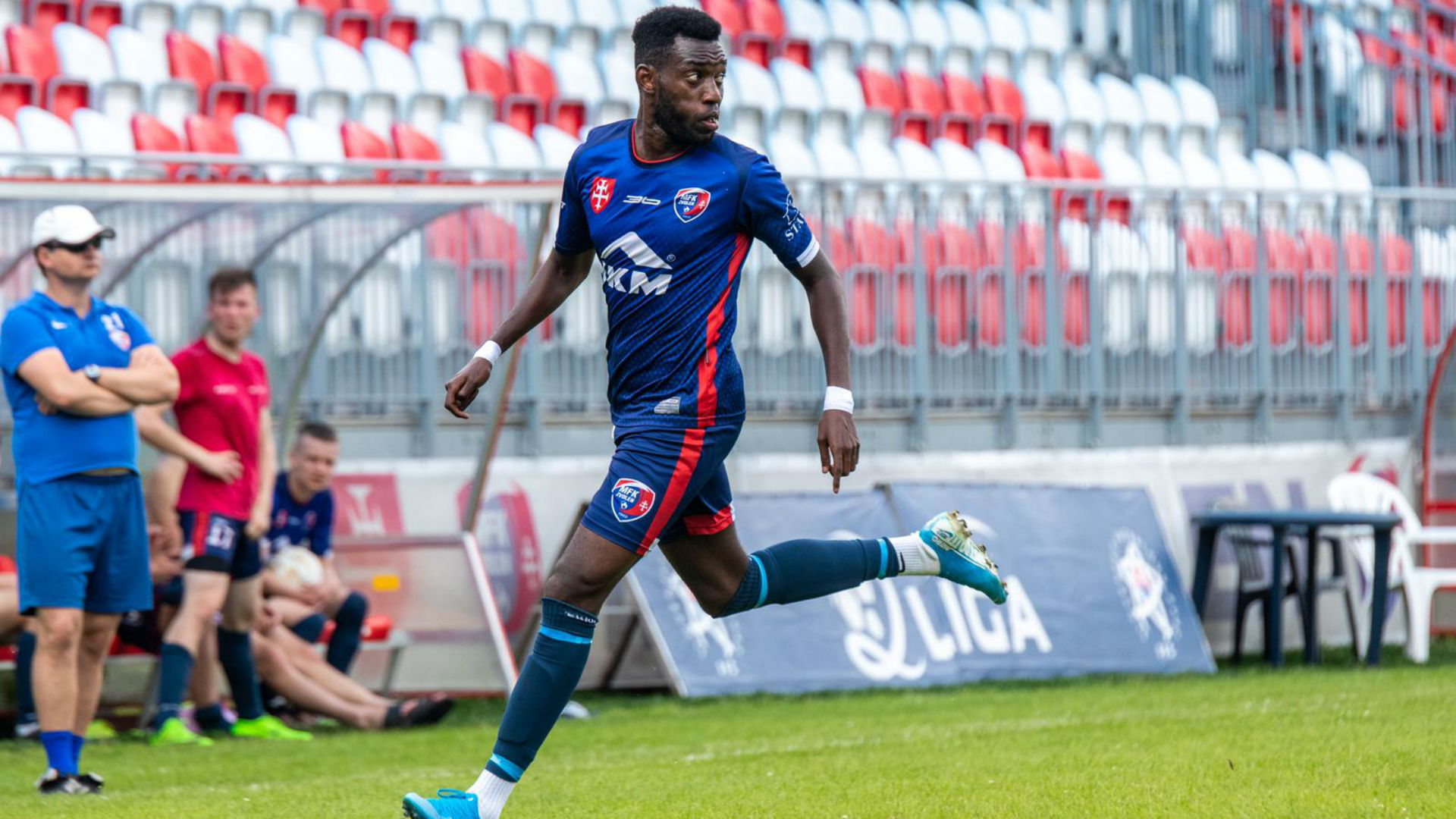 Kenyan striker Albert Muema has set a target of notching 15 goals and above for MFK Lokomotíva Zvolen when the Slovakian league kicks-off on August 2.

Muema signed for the Division Three club from Serbian First Division side FK Sindeljic at the end of last season but was yet to show his potential after the league was ended prematurely owing to the effects caused by the coronavirus pandemic.

But with the new season now set to start on August 2, Muema, who also featured for Kenyan Premier League (KPL) club Tusker, has exclusively told Goal his main target is to score 15 goals and above and also help his team to earn promotion to Division Two.

“It has been tough for me since signing for MFK Zvolen but I am coping well now though it was tough because I was about to start the second half of the season in March to the end of June when Covid-19 struck and spoiled everything,” Muema told Goal on Friday.

“It was very tough because, after the winter break, we were forced to take pay cuts due to the pandemic affecting club finances, but now we have started pre-season training and I have regained my scoring touch with four goals and two assists in four games.

“I feel good when I head into the new season with such a good form and my target now is to make sure I score at least 15 goals and above and also help my team to achieve targets for the season.

“I also want to score in every game that we play as from next season and by God’s grace I would love to see myself playing consistently in a top European league.”

Muema has enjoyed a good start to pre-season as he scored his first goal and assisted one in a 3-0 win against FK Lieskovec, scored again two goals in the second friendly with an assist as they beat FK Salkova 4-0, in the third game they lost 2-0 against FK Podkonice but recovered to beat FK Banska Stiavnica 4-2 where he notched one goal.

Muema now believes his rise to form is because of staying calm, training according to coach’s instructions, and also his ambitions to cement his place in European football.

“I really struggled when I arrived here but now I have become a regular and getting the goals is one of my priorities, I just want to keep the form going into the new season, I have strived to make it here and I think I have the chance now to prove myself right,” Muema continued.

“I want to show people that I deserve to play here and for this great team, I want to fight for the team when given the chance [to play], we must achieve our targets for the new season and I want to lead from the front.”

On whether the cancelation of the league owing to the Covid-19 affected his plans with the team, Muema said: “Of course yes…it did, coronavirus affected my plans because I could not achieve the targets I had set for the season, and now I am forced to execute the same plans for next season.”

Playing under coach Milos Foltan, Muema will be hoping to start in their next match when MFK Zvolen takes on TJ Sklotatran Poltar in the first round of the Slovak Cup on Saturday before they open their league campaign with a clash against FK Jednota Banova on August 2.


Source link
2020-07-24
admin
Share
Previous When will Premier League 2020-21 start and finish? Teams involved and all you need to know
Next Masilela: Mosimane cannot sacrifice Zwane or Vilakazi for Kapinga at Mamelodi Sundowns