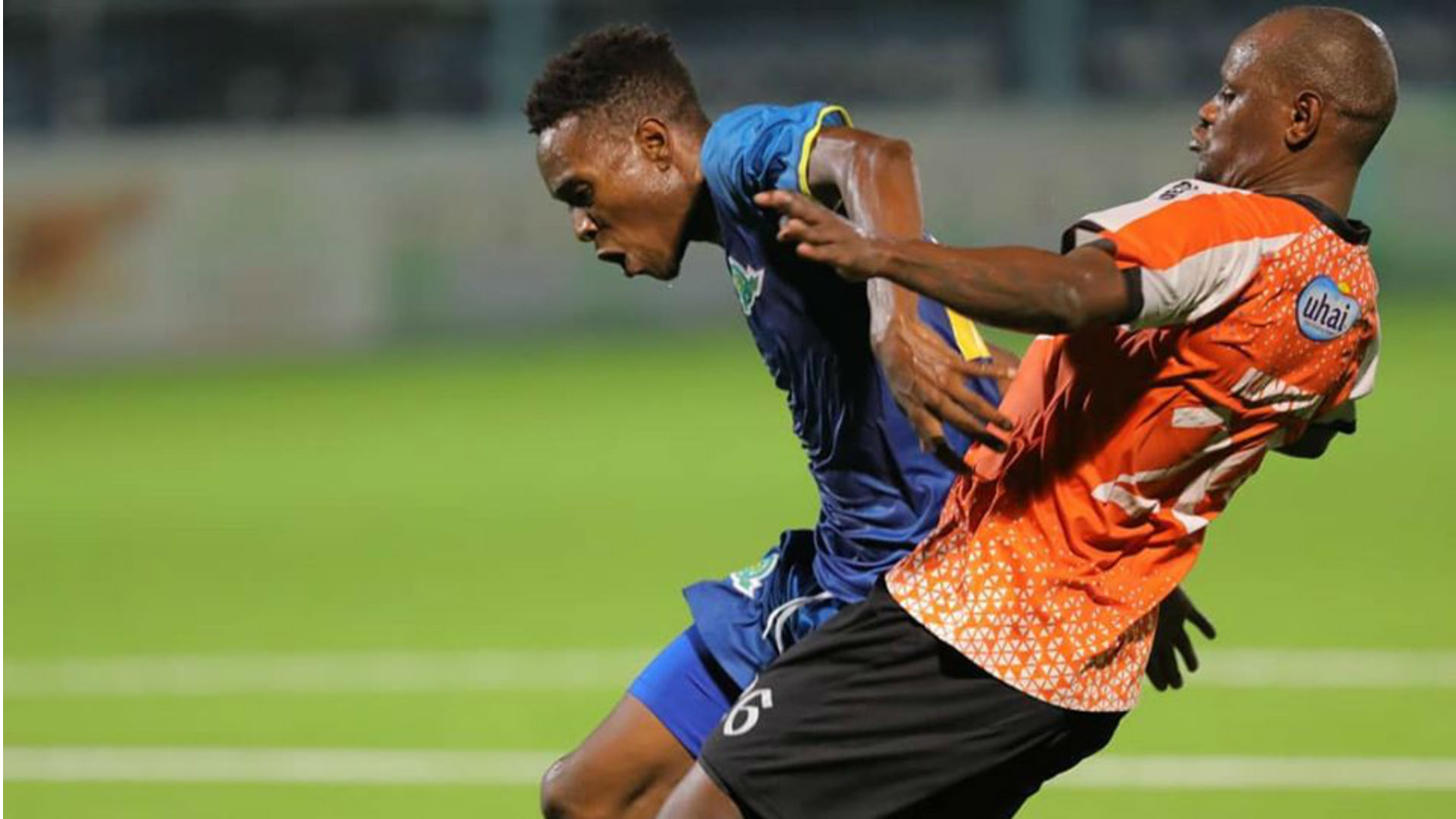 The Dar es Salaam giants’ hopes of finishing second in the Tanzanian top flight, ahead of Yanga, were dented with Wednesday’s unexpected 1-0 defeat

Azam FC’s efforts to hold onto second place in the Mainland Premier League table suffered yet another shock on Wednesday when they were defeated 1-0 by Mtibwa Sugar.

The Dar es Salaam giants are in a tight race against Yanga SC to capture second place at the end of the season, and their latest loss at Turiani may end up proving costly.

The defeat, which is their second in the last five matches, means Azam will go into the next matchday still on 65 points.

Mtibwa Sugar struck the only goal in the 38th minute, scored by Issa Rashid, and the visitors were unable to find an equaliser.

The win could prove vital for the Sugar Millers, who have been embroiled in a relegation battle for much of the season, as they climb five places to 13th on 41 points.

Namungo FC, who secured their place in the Caf Confederation Cup by virtue of reaching the FA Cup final, defeated Mbeya City 1-0 at home.

The victory means Namungo, on 63 points, are still within a touching distance of their second-place rivals Yanga and Azam.

Namungo’s goal was scored by Abeid Athumani in the 46th minute, and leaves Mbeya, on 39 points from 35 matches, 18th place and still firmly in a relegation battle.

They are only four points clear of 19th-placed Mbao FC, who are away at Simba SC on Thursday.

Another 1-0 scoreline was registered in Bukoba when the hosts Kagera Sugar saw off Coastal Union. Awesu Awesu’s 40th-minute penalty was enough to separate the two sides in a tightly fought bout.

Kagera Sugar, ninth on the log, picked up their 49th point of the season while Coastal Union’s tally of 51 points remains unchanged.

Meanwhile, JKT Tanzania and Alliance FC registered a 1-1 draw in their meeting; David Richard struck to give JKT Tanzania an equalizer in the third minute of added time after Adam Adam had scored for the visitors in the first half.

JKT Tanzania are eighth, while Alliance are 14th.

Finally, Ndanda FC were victors at home against Tanzania Prisons after they recorded a 2-1 win. Vitalis Mayanga scored in the 39th minute before Donald Taro added the second for Ndanda, seven minutes after the resumption of the second half.