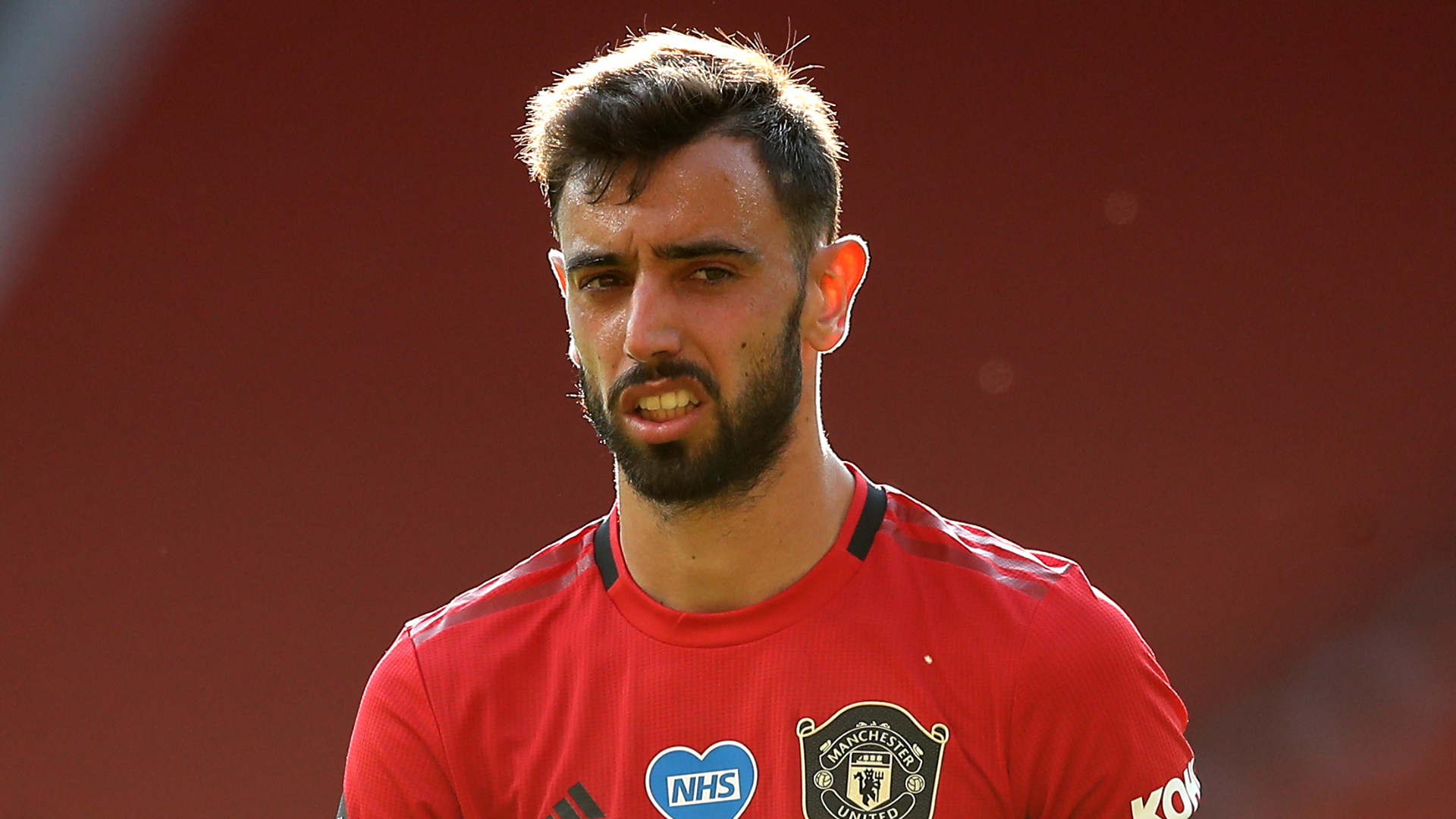 Jose Mourinho has taken a light-hearted swipe at Bruno Fernandes for his Manchester United penalty record, joking that the midfielder “had about 20 to score” in the second half of the season.

United set a new Premier League record for the most penalties won in a single campaign when Anthony Martial was brought down in the box during a crunch clash with Leicester on Sunday.

Ole Gunnar Solskjaer’s men secured third place and Champions League qualification as a result, while extending their unbeaten run in the top flight to 14 matches.

United have picked up more points than any other Premier League side since Fernandes’ arrival from Sporting CP, with the Portuguese recording 10 goals and eight assists in his first 20 appearances for the club in all competitions.

However, six of the 25-year-old’s efforts have come from the penalty spot, and it has been suggested that the Red Devils have benefitted from a number of contentious refereeing decisions and VAR interventions since returning from lockdown in June.

One such incident took place when Solskjaer’s men earned a 1-1 draw away at Tottenham last month, with Fernandes scoring an equaliser from 12 yards to cancel out Steven Bergwijn’s opener.

Mourinho, who managed United between 2016 and 2018, made it clear post-match that he did not believe that Eric Dier’s challenge on Paul Pogba warranted a penalty, and also criticised Fernandes for trying to win another spot-kick late in the game.

The Spurs head coach reignited the row with his former club before embarking on his summer holidays, while fielding questions on the impact Fernandes has had at Old Trafford over the past seven months.

Mourinho told Portuguese publication Record: “Bruno came in, was fit, played very well, improved the United team and also proved to be a great penalty taker, one of the best in the world, because he had about 20 to score.”

Fernandes will be back in action with the rest of the United squad when the Europa League resumes next month.

Solskjaer’s team beat LASK 5-0 in the first leg of their round of 16 tie back in March, and a last-eight showdown against either İstanbul Basaksehir or Copenhagen awaits if they finish the job at Old Trafford on August 5.