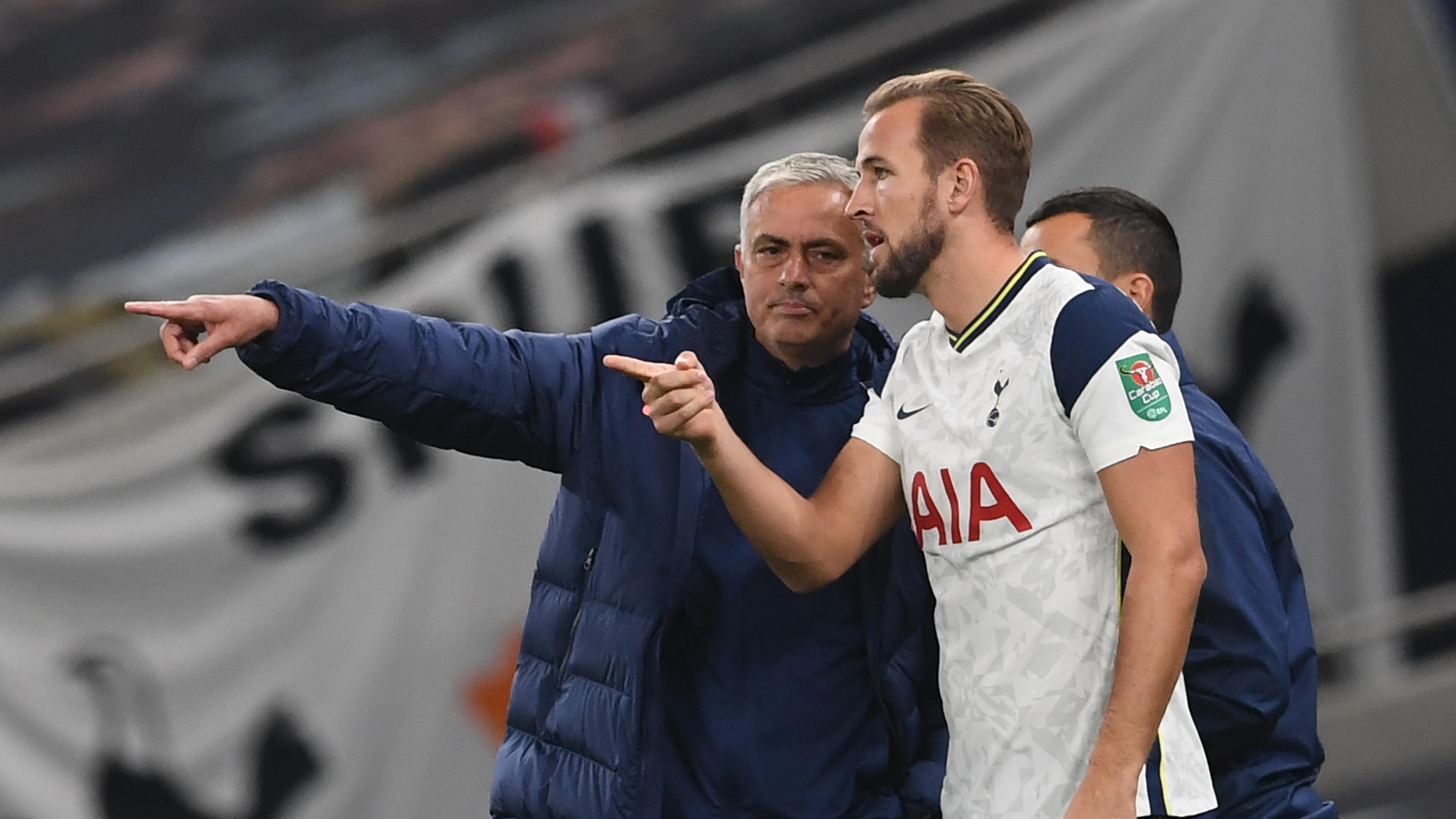 Tottenham boss Jose Mourinho responded to Gareth Southgate in their public jousting over Harry Kane, joking that he will not use the England captain in “one minute of any friendly match” this season.

England manager Southgate recently hit back at Mourinho after the Spurs head coach urged his counterpart not to overuse Kane in the upcoming international games.

The Three Lions have three fixtures coming up in October, with a friendly against Wales taking place on October 8 before Nations League games against Belgium and Denmark.

Spurs have had a congested start to the 2020-21 season, with their 7-2 Europa League win over Maccabi Haifa on Thursday their seventh game of the campaign already.

Kane plundered a hat-trick against the Israeli side to book Spurs’ place in the Europa League group stages and Mourinho was not in the mood to back down on his stance of how his talismanic forward should be used on international duty.

“His match was a fundamental match for us,” he told a media conference. “A match that means a few million pounds and means that we are in a group phase of a competition that we have ambitions for.

“What I can promise to my friend Steve Holland [England assistant manager] and Gareth is not to be jealous. I can promise that until the end of the season I won’t play Harry Kane in one minute of any friendly match.”

Spurs were electric in attack at Tottenham Hotspur Stadium, with a Giovani Lo Celso brace and goals from Lucas Moura and Dele Alli securing a memorable win.

It was Netherlands international Steven Bergwijn, however, that caught Mourinho’s eye with a display full of direct running and incisive passing.

“The team needs that, playing against a team that was pressing so high and giving space in behind,” Mourinho said.

“He was very, very important. He didn’t lose the ball. He dropped, he got the ball, he beat people. He was really good. I am sorry for him that he did not score. A very good performance.

“Physically he is getting better, he is getting sharper. We have incredible options in the attacking positions and we are very happy.”

Mourinho faces a quick turnaround now to get his players ready for a Premier League clash with former side Manchester United at Old Trafford on Sunday.