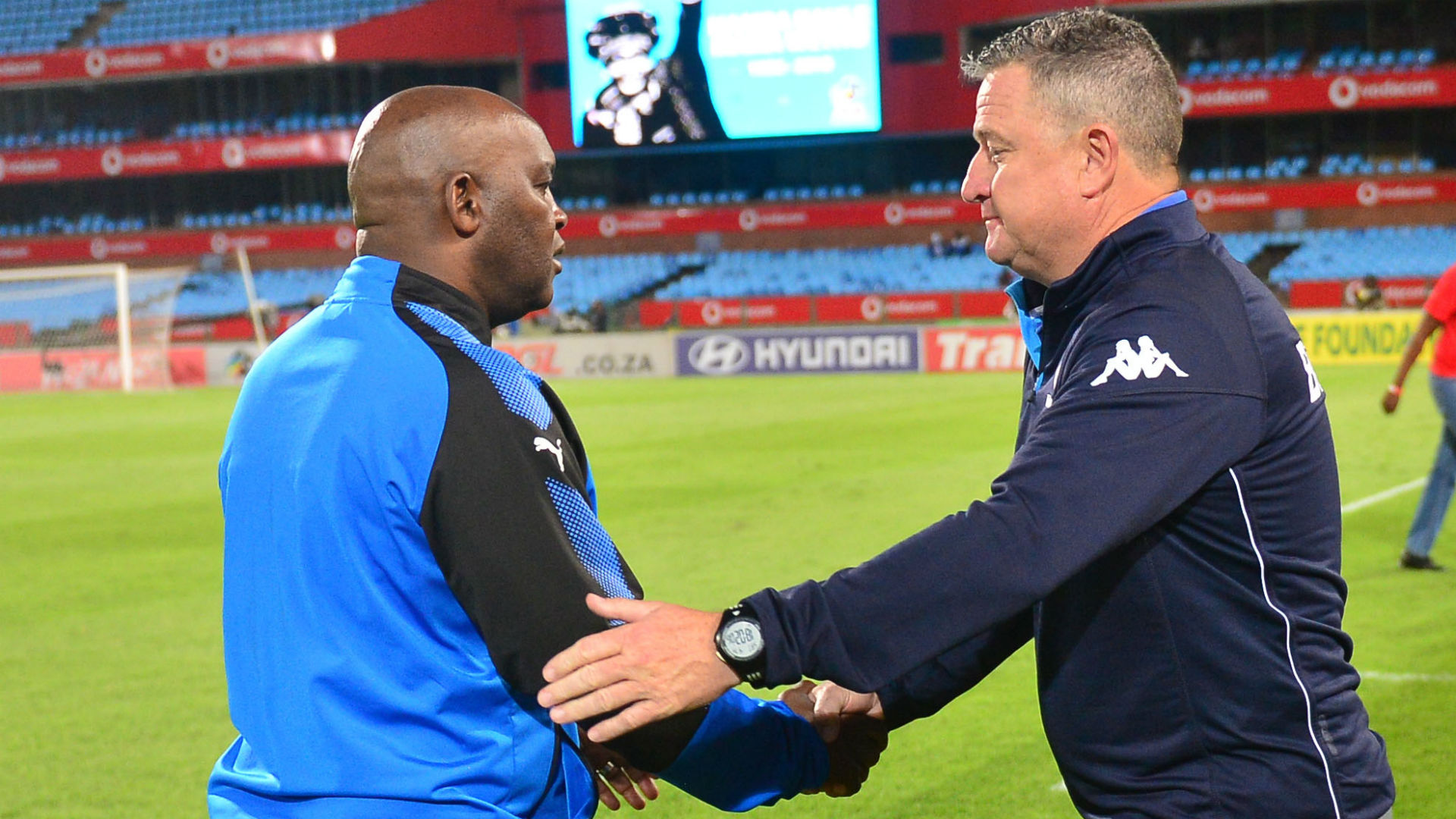 Mamelodi Sundowns coach Pitso Mosimane has weighed in on reports that Gavin Hunt could go to either Kaizer Chiefs or Orlando Pirates ahead of next season.

Hunt is heavily linked with a possible move to Amakhosi, who are coachless after parting ways with Ernst Middendorp last week.

According to Mosimane, Hunt’s appointment at either side will be good for football because the veteran coach keeps him on the edge.

“Gav keeps me on my edge. Our games are always very close, let’s be honest. I can easily say that I’ve been following him. He has achieved things before I even get them, to be honest, and you can’t be lucky for so many years,” Mosimane told the media.

“His ratio of winning games to losses is really not deteriorating. He’s winning. I mean, the guy’s just won… I think he won a cup last year, eh?

“It has always been SuperSport and Wits. They will win a Top 8 there, a Telkom or Nedbank somewhere, and SuperSport will pip one of those, and we also pip one there.

“Let’s be honest, for the last five or six years, it’s been like that.”

Mosimane said he doesn’t see the reason why both Chiefs and Pirates would overlook Hunt, adding he’s always keen for local coaches to get top jobs in the PSL.

“So, yeah, why not? If Gav goes [to Chiefs or Pirates], I’m happy because you must remember, I always promote ‘local is lekker’,” concluded Mosimane.

Hunt is back in Johannesburg to further engage Amakhosi who made contact with him for the first time last week.

Last weekend’s media reports suggested that the only things standing between Hunt and Chiefs agreeing to a deal is the length of his contract as well as the salary package.

The 56-year-old former SuperSport United mentor has already made it clear that he’d gladly answer any call and take up a coaching job at any club provided the project is good.