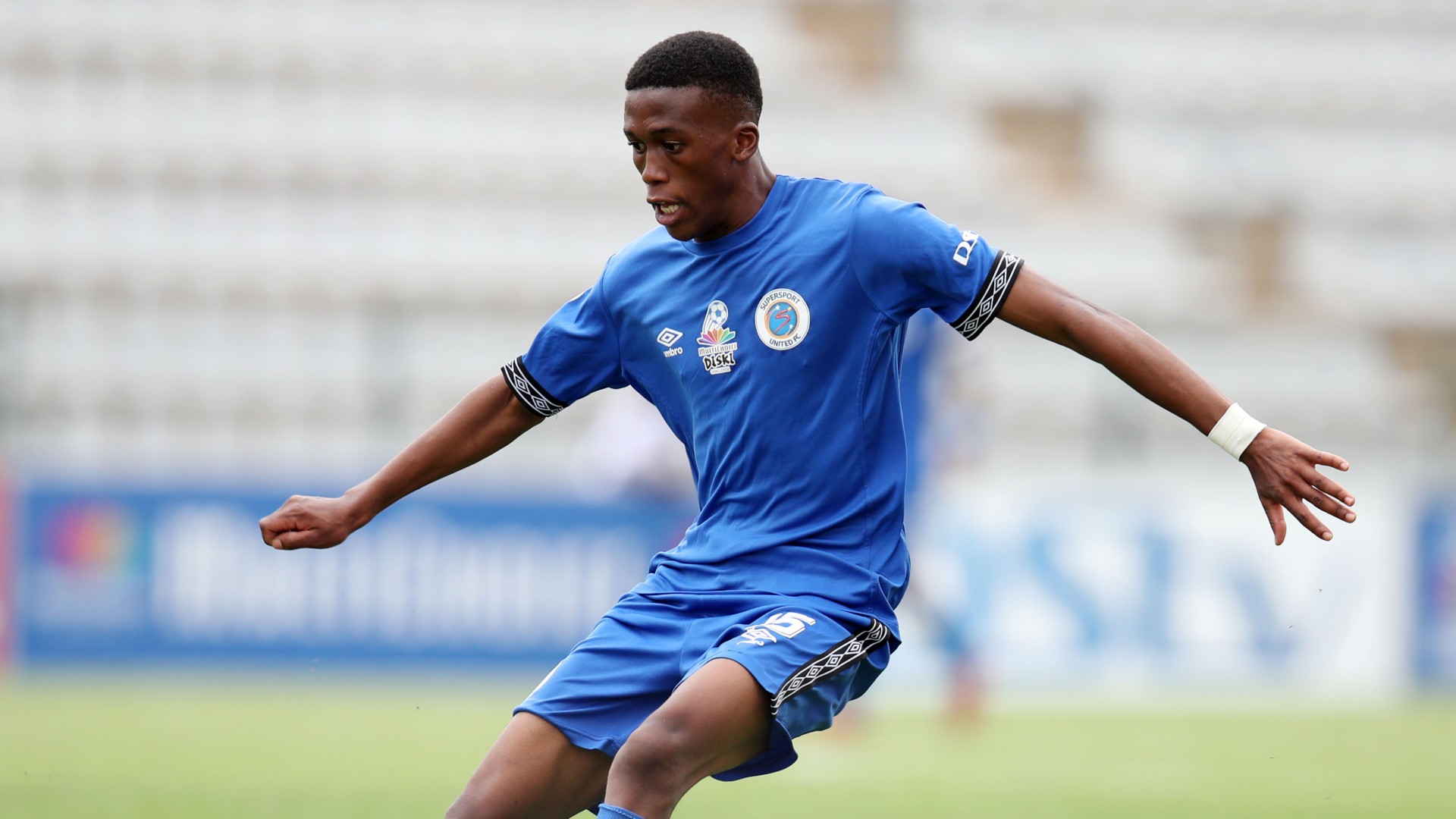 SuperSport United have announced the promotion of South Africa under-20 international Gape Moralo from the club’s reserve team.

The 20-year-old sensation caught the eye of Matsatsantsa first-team head coach Kaitano Tembo while playing for the Tshwane giants in the Multichoice Diski Challenge (MDC).

Matsatsantsa released the following statement on Friday with their 2019/20 PSL campaign set to resume next week having been suspended due to the coronavirus pandemic in March.

“The youngster joined the SuperSport Development Academy two years ago from the School of Excellence that is based in Elandsfontein, Kempton Park.”

Moralo is looking forward to playing in the South African top-flight league after excelling in the reserve league, MDC.

“It’s my second season in the MDC this year, the MDC is very competitive. I haven’t had a chance with the PSL,” Moralo told the club’s official website.

“But I’m definitely sure the standard is very much higher compared to the MDC. This I can tell when I train with the first team.”

SuperSport lost the services of their captain and central midfielder Dean Furman, who decided not to renew his contract with the club and returned to the United Kingdom (UK) two months ago.

Moralo will fill the void left by the Bafana Bafana international and compete with the likes Teboho Mokoena, Sipho Mbule and Jamie Webber in central midfield.

“I share the same position with Sipho Mbule and Jamie Webber. The two have been with the first team longer than me and they are obviously experienced,” he said.

“I think what motivates me is the fact that being there is not a right but a privilege.

“It can be taken away at any moment provided I’m not doing well. That is what keeps me working hard and fighting for my position.”

Moralo will be hoping to make his professional debut when SuperSport take on Bloemfontein Celtic in a PSL encounter next week Sunday.

The encounter is scheduled to take place at Bidvest Stadium which will be Matsatsantsa’s home ground in the Biologically Safe Environment (BSE) which will be hosted by Gauteng.