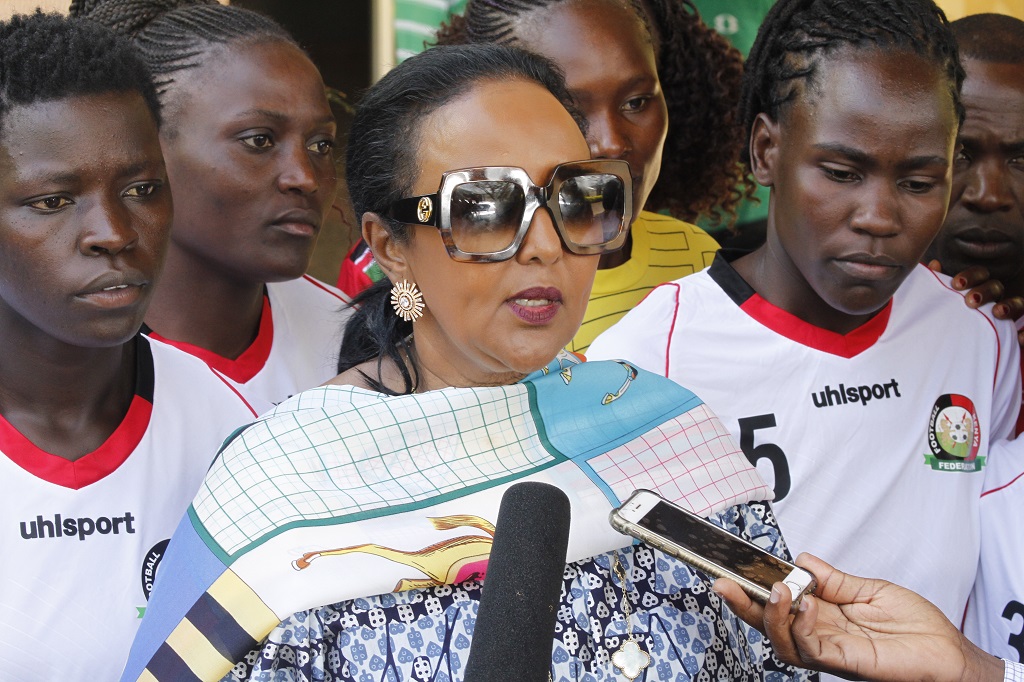 Shimanyula said Mohamed ought to have released an audit report concerning the KSh244 million that was allocated to the Harambee Stars for the 2019 Africa Cup of Nations finals.

“[Amina] Mohamed should be straightforward on the promise she made on auditing the accounts of FKF. Recently, she told us the audit report was ready and was about to be released,” Shimanyula told Goal.

“She should go home if she cannot solve the issues.”

The Homeboyz top official also asked the Sports Disputes Tribunal (SDT) to make it clearer whether FKF president Nick Mwendwa should continue to remain in office.

The SDT, in a previous ruling, said Mwendwa was to remain at the office although the National Executive Committee members were ordered out as their term of office had ended.

“Then the SDT chairman [John Ohaga] should also come straight and tell us whether Mwendwa should be in the office or not. If it is no, then how did he sign the BetKing deal when he has no NEC members in the office?” added Shimanyula.

In an earlier interview, Mwendwa stated the FKF have always been ready for their accounts to be audited with regard to the use of the money allocated for Afcon.

Mwendwa, who has been summoned before by the Directorate of Criminal Investigation (DCI) before, claimed his opponents are placing stumbling blocks on his re-election bid by raising questions over the KSh244 million.

“I have been at DCI four times and I was there just to answer questions that were raised concerning our Afcon money by some complainants. I have not been told who the actual complainants are but I answered their questions nonetheless,” Mwendwa said at the time.

“But anyway, I know these people are doing it in the hope that Mwendwa will be arrested because their only way to victory is when Mwendwa will not be in the ballot. I know they will not stop sending files to the DCI.

“FKF is very transparent but some people are never satisfied as they will keep questioning every move we make as a federation.

“The whole aim is to eliminate me, get me away from football and the only way to do it is by getting me charged. They want to paint an image of a corrupt Mwendwa but they will not distract me.”

The millions budgeted for the Harambee Stars became an area of contention between the former Sports Permanent Secretary Peter Kaberia and Mwendwa.

In November 2019, FKF prepared their report on the use of the funds but the Sports Ministry then found the report lacking and unable to answer concrete questions.

The Ministry went on to hand over the report to the Auditor General for a further probe.