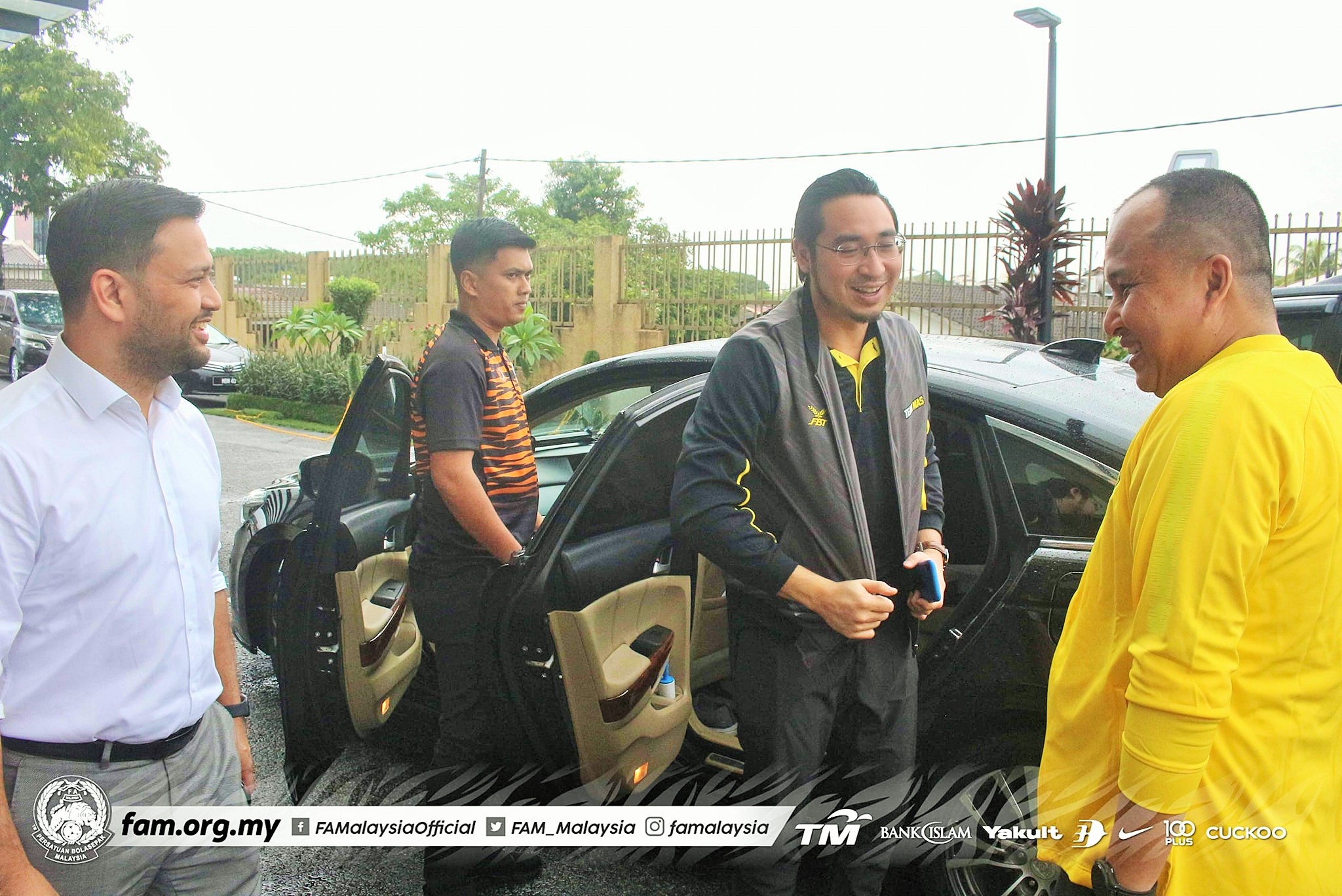 Deputy sports minister Wan Fayhsal’s visit to Malaysia U-19 training on Thursday was slammed by an unlikely individual; his own father.

A politician worth their salt will never pass up any opportunity to be in the limelight, and that’s perhaps what Malaysia’s deputy youth and sports minister Wan Fayshal Wan Ahmad Kamal attempted to do on Thursday evening.

When his US-based younger brother Wan Kuzri arrives for his first day of Malaysia U-19 centralised camp at the Malaysian FA (FAM) headquarters, the 33-year old followed half an hour later for an unofficial visit accompanied by association secretary-general Stuart Ramalingam and team manager Datuk Kamarul Ariffin Shahar, before spending some time talking to his sibling and the press.

Posted by Football Association of Malaysia on Thursday, 16 July 2020

But it seems that his visit has generated some criticism, most shockingly from his and Kuzrin’s own father.

“Although you may have had good intentions, a visit made during a selection maybe perceived negatively due to your position, which may influence future ministerial decisions that concern FAM. There’s a conflict of interest there.

“Any disruption during centralised camp, even only for a brief chat and handshakes is a big NO.

“We also believe that FAM must limit the publicity given towards any centralised camps. In Europe for example, these trainings are conducted under strict security. Our rivals are watching,” wrote the account.

He wrote a short reply to the above post: “Agreed! Please leave Kuzri alone as he must focus on the challenge ahead of him. He’s there with one goal to compete for the spot with Malaysia B19 (U-19). Thank you!”

Agreed! Please leave Kuzri alone as he must focus on the challenge ahead of him. He’s there with one goal to compete for the spot with Malaysia B19 ⚽️ Thank you!

Fayhsal has not been too popular with the public ever since he was appointed deputy minister back in March. It’s one thing for a politician to lose the voters’ trust, but being criticised publicly by their own father is surely not something they can easily shrug off.