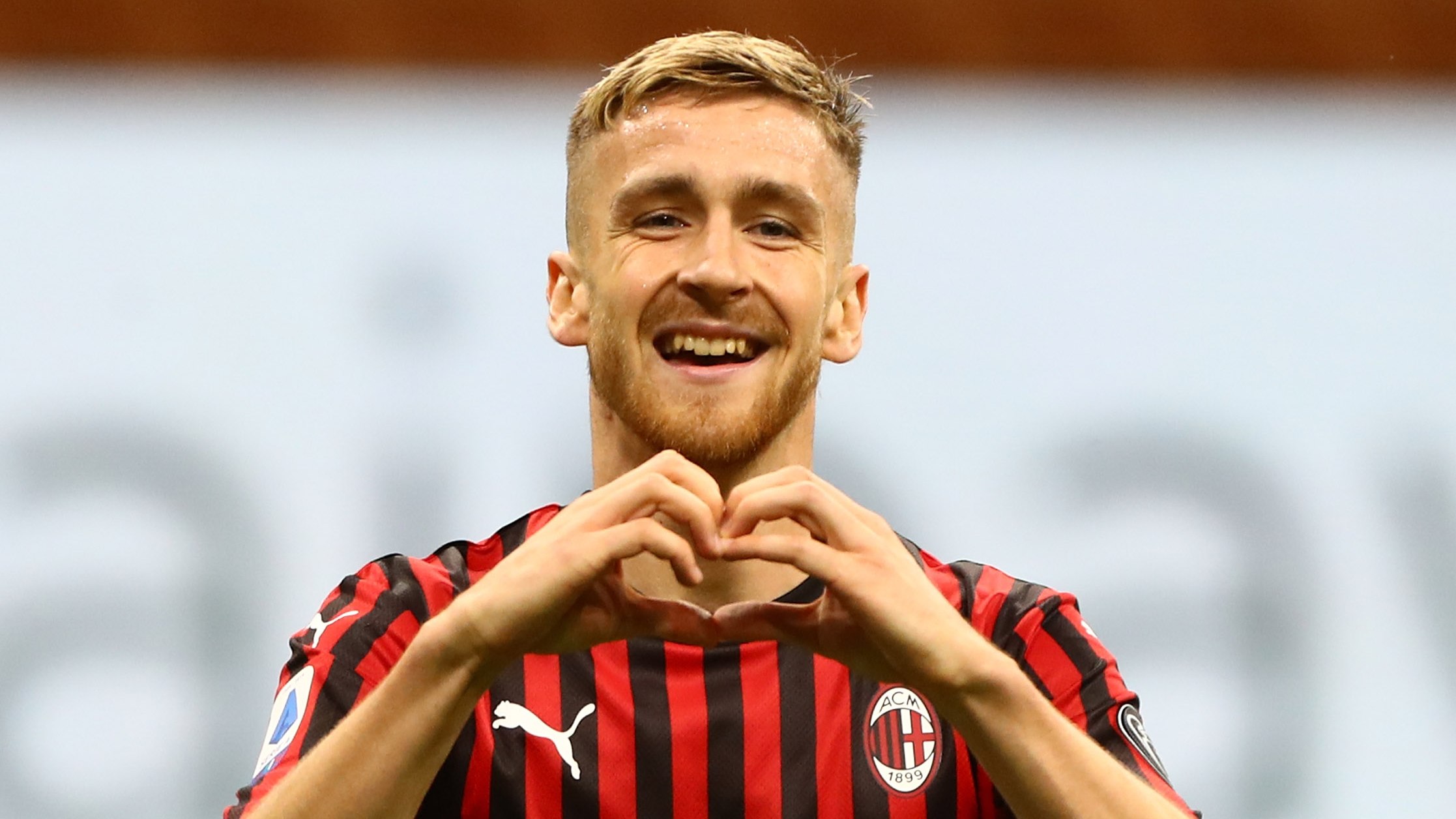 Milan took another stride towards Europa League qualification by cruising to a victory over Bologna at San Siro.

Alexis Saelemaekers and Ismael Bennacer scored their first goals for in-form Milan as they thrashed Bologna 5-1 to go sixth in Serie A.

The Rossoneri extended their unbeaten run to nine matches to stay on course for a Europa League spot, outclassing their former coach Sinisa Mihajlovic’s Bologna side at San Siro on Saturday.

Saelemaekers put them in front and Hakan Calhanoglu capitalised on a howler from goalkeeper Lukasz Skorupski to double the Rossoneri’s lead as they knocked the ball around with a swagger.

Takehiro Tomiyasu pulled one back late in the first half with a rasping strike, but goals from Bennacer and Ante Rebic in the space of eight minutes put Milan out of sight.

Davide Calabria added a fifth in the closing stages to cap a magnificent performance from Milan.

Milan swarmed forward from the start and they were in front after 10 minutes, Rebic showing great trickery before backheeling to the onrushing Theo Hernandez, whose cross was fired into the far corner first time by Saelemaekers after a clever dummy from Zlatan Ibrahimovic.

Milan were rampant and Franck Kessie rattled the post, but Bologna were back in it courtesy of a great finish from Tomiyasu, who cut inside and fired into the top corner from 20 yards just before half-time.

The Rossoneri resumed control after the break, though, Bennacer slotting home after being played in by Calhanoglu and Rebic turning sharply before finishing with his left foot after 57 minutes having been set up by Ibrahimovic.

Kessie had a shot cleared off the line and Federico Santander was unable to pull one back with an indirect free-kick inside the penalty area at the other end.

Calabria then swept home his first goal of the season in stoppage time to round off a brilliant move involving Rafael Leao and put the icing on the cake.

What does it mean? Rampant Milan close in on Europe

Milan have not lost since the season resumed and on the evidence of this performance, they should be playing European football next season with four games to play.

Stefano Pioli’s men were a joy to watch, causing the Bologna defence all sorts of problems and they have won six of their last nine matches without defeat. Bologna are heading for a mid-table finish.

Rebic tormented the visitors in a brilliant performance, finding pockets of space and linking up well with Ibrahimovic. He created six chances in the match, more than double anyone else on the pitch.

The Croatia forward turned Danilo inside-out in the build-up to the opening goal and could easily have had more than one of his own, a strike which took him to 12 goals since the start of 2020.

Danilo all at sea

It was a tough night for Danilo as Bologna were unable to live with the passing and movement of a Milan side brimming with confidence. The Brazilian was withdrawn just before the hour-mark after being run ragged.

– Since Serie A resumed, Milan have scored the most goals in the competition (25).
– Milan have scored 2+ goals in all their last eight Serie A games: the last time the Rossoneri had a such long run was back in 1999 (nine in that case).
– They have also netted 3+ goals in three consecutive home games in Serie A for the first time since November 2011.
– Calhanoglu has scored seven goals in Serie A this season (his record in the competition). The last league campaign he netted more was back in 2014-15 in Bundesliga with Bayer Leverkusen (eight).
– Saelemaekers is only the second Belgian player to score in Serie A with Milan, after Eric Gerets back in September 1983 against Verona.

A trip to eighth-placed Sassuolo is Milan’s next assignment on Tuesday, when Bologna are on the road again at high-flying Atalanta.