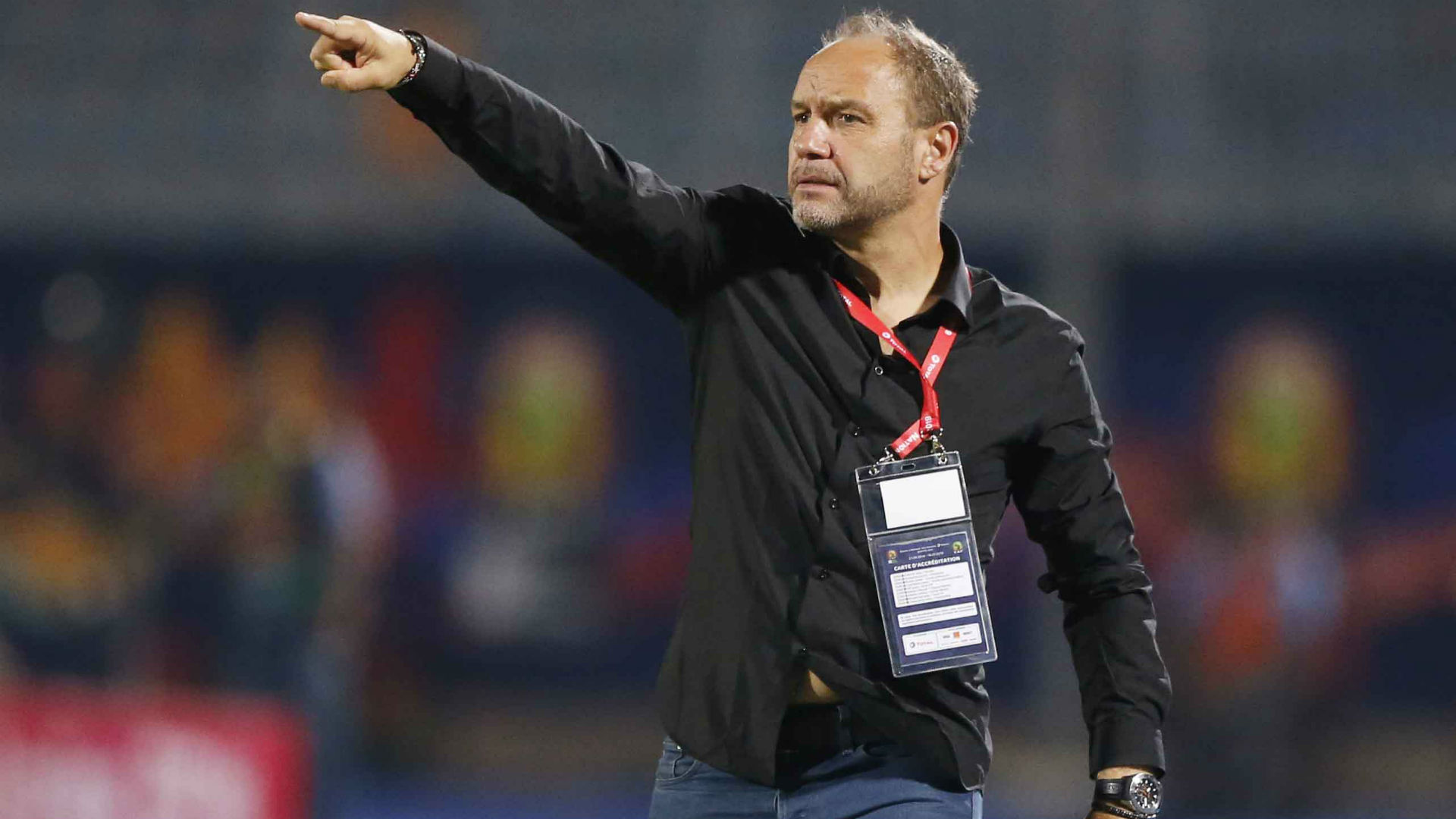 The former Harambee Stars coach is currently jobless after parting ways with Equatorial Guinea’s national team a couple of months ago. With uncertainties surrounding K’Ogalo coach Steven Polack, the tactician is open to leading one of Kenya‘s most popular teams.

“Why not?” Migne posed a question to Goal when asked whether he can consider coaching the Kenyan Premier League (KPL) giants.

“[Gor Mahia] know me, if they want me it will be easy to have my contact. You can give them my phone number,” the tactician ended the conversation laughing.

The 47-year-old managed to help Kenya qualify for the 2019 Africa Cup of Nations held in Egypt. Kenya was placed in Group C alongside eventual winners Algeria, runners-up Senegal and Tanzania.

The tactician is considering coaching Gor Mahia if Polack does not return to the team for the 2020/21 season.

Polack took leave to enjoy time with his family a few weeks ago and now it is uncertain if he will return and rejoin the Green Army to guide them in the 2020/21 season.

He was appointed before the 2019/20 season began to fill the void that had been left by Hassan Oktay.

Should the former Asante Kotoko tactician fail to return, he would have exited the KPL heavyweights in a similar manner to what Oktay and Dylan Kerr did: all requested pre-season breaks to enjoy time with their families and eventually resigned away from Kenya.

Both Kerr and his successor led Gor Mahia to KPL titles but Polack has been waiting to see whether he would achieve the same feat since the league cancellation but the Football Kenya Federation (FKF) remains a contested issue before the Sports Disputes Tribunal (SDT).

Although the FKF declared Gor Mahia the champions of the abandoned season, the KPL moved to challenge the directive, which has left the club and their rivals anxious about what SDT chairman John Ohaga and his bench could eventually rule concerning the fate of the competition.

“Yes, they [Gor Mahia] are looking for another coach but for now I cannot confirm whether he has resigned or he has been sacked,” a source told Goal.