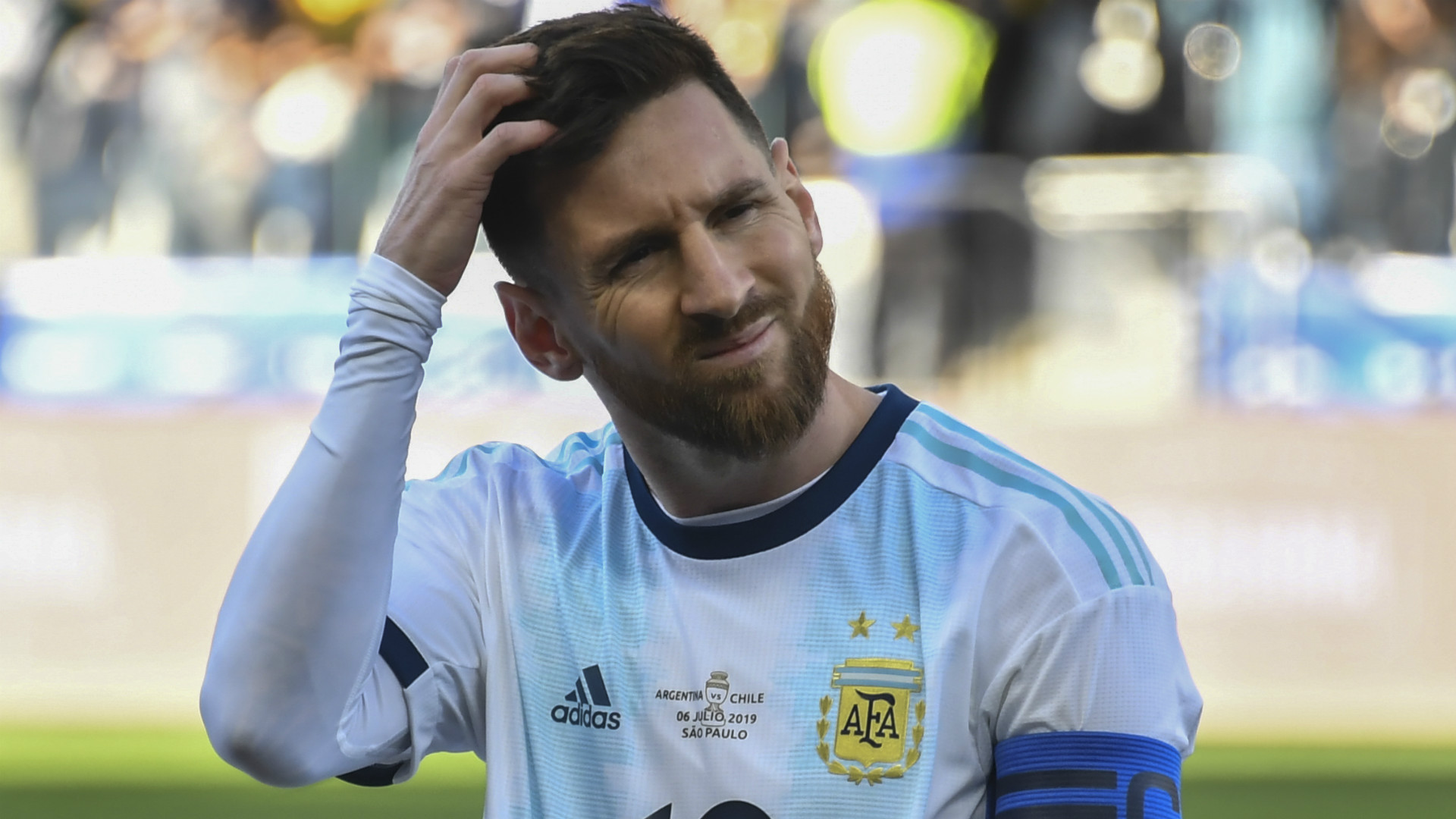 The president of the Argentine Football Association Claudio Tapia has confirmed Lionel Messi won’t miss any games for his country as the result of a red card handed out in 2019.

Messi was controversially sent off in a Copa America third-place playoff against Chile in July last year and subsequently handed a one-game ban.

The South American Football Confederation (CONMEBOL) initially stated Messi would have to sit out a competitive match, with the Argentina captain allowed to play in friendlies against Brazil and Uruguay late last year.

Ahead of World Cup qualifiers against Ecuador and Bolivia next month, however, Tapia successfully challenged the outstanding ban with CONMEBOL, claiming that the statute of limitations on the ban had expired.

Messi had been shown a red card following a clash with Gary Medel in the 37th minute, with the Chilean also sent off for the incident. Argentina would go on to win the game 2-1 thanks to goals from Sergio Aguero and Paulo Dybala.

The decision to send off Messi left the Barcelona star fuming post-match as he claimed the competition had been rigged for Brazil.

“There is no doubt, the whole thing is set up for Brazil,” he said. “I hope the VAR and referees don’t play any part in the final and that Peru can compete but it looks tough to me.

“We could have gone further but we weren’t allowed into the final. Corruption, referees and all the rest stopped people from enjoying the football.

“I always tell the truth and I’m honest, that is what keeps me calm, if what I say has repercussions that is not my business.

“I think that what happened is because of what I said [against Brazil]. What I said last time perhaps came back to haunt me.”

It’s been a busy few weeks for Messi at club level, with the 33-year-old initially pushing for an exit from Camp Nou, before confirming to Goal his decision to remain after the club blocked an amicable split.