Messi alone is not enough for Barcelona – Eto’o 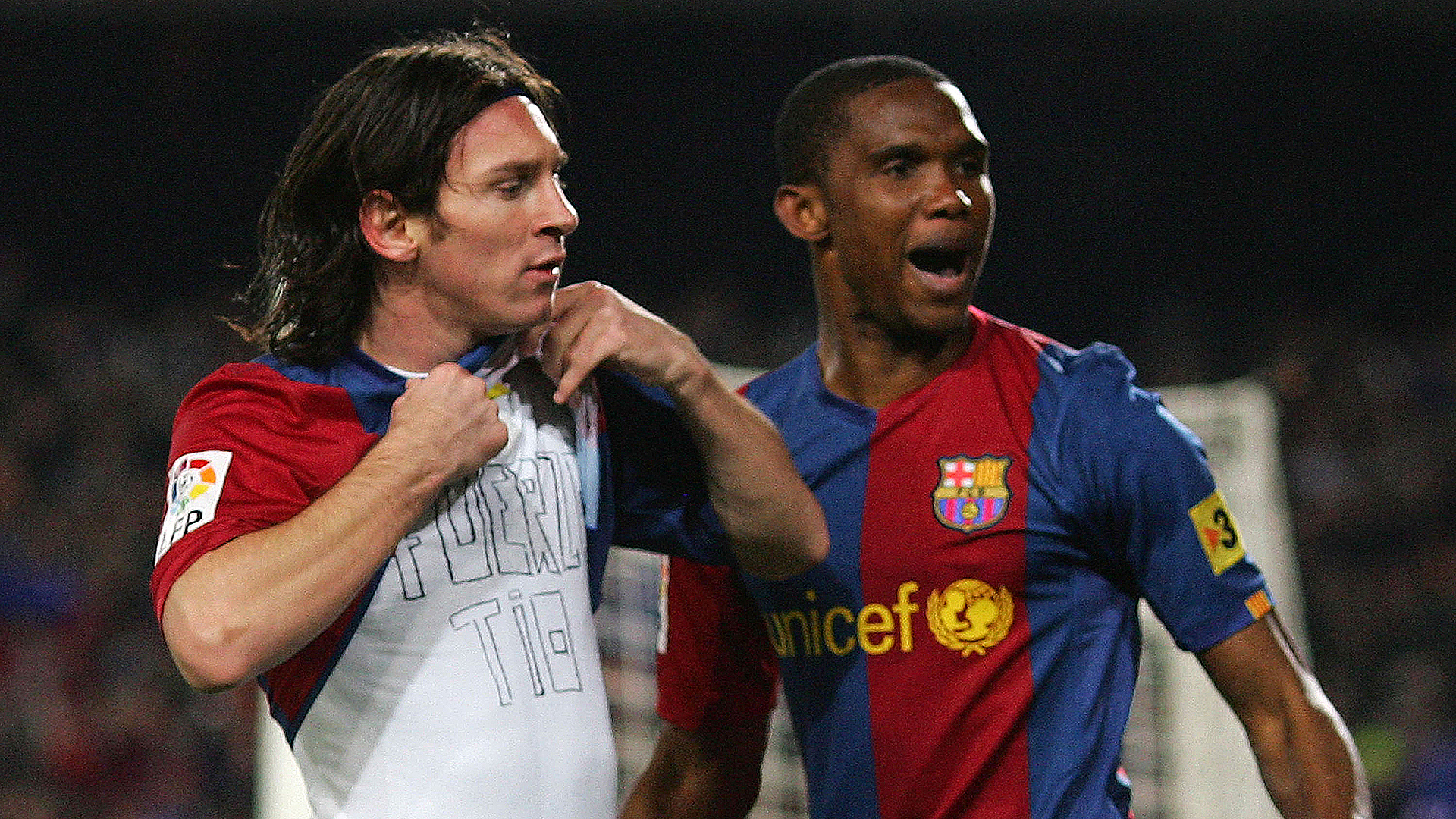 Former Barcelona striker Samuel Eto’o has urged Barcelona to look for more players who blend with the club’s playing philosophy and be less dependent on Lionel Messi.

The diminutive Argentine was trying to force a move out of Camp Nou. Such a move proved difficult as Messi still has a year left on his contract and a €700 million release clause (according to the club and La Liga) is binding.

All this led to Messi admitting to Goal, that he was committed to staying in the Catalan capital, which pleased Eto’o who played for Barcelona between 2004 and 2009, scoring 130 goals and winning eight titles.

“I am happy because my son Messi has stayed at his house, but at Barca, we need other players with Blaugrana DNA. Messi alone is not enough,” Eto’o said at a La Liga event as reported by TuttoMercato.

“You need to look for players on the market with tiki-taka style and not box to box.”

The 2020-21 La Liga season kicks off on Friday but Barcelona, under the watch of new boss Ronald Koeman, will tackle Villarreal on September 27. Eto’o wants to see the Blaugrana win the title this time having lost it last season to Real Madrid by five points.

The Cameroonian also hopes his former club Mallorca – who he played for between 2000 and 2004, scoring 70 goals and won the 2003 Copa del Rey, also returns back to the top-flight having been relegated by finishing 19th.

“I want Barcelona to win the championship and I hope that my Mallorca returns to the top division,” he said.

When quizzed on who would be the standout player for the upcoming season, Eto’o mentioned Barcelona midfielder Sergio Busquets and Real Madrid forward Eden Hazard. The latter failed to hit the heights in the Spanish capital last term following his €100 million move from Chelsea.

“I would like to see Sergio Busquets back at the highest level, Barcelona always wins when Busquets is in good form,” Eto’o continued.

“And then I say Eden Hazard: I played with Chelsea and I’m not afraid to say that Lionel Messi is worth it to me.”

On the best teammate of his career, Eto’o said: “Iniesta is the best player I have played with, for me, he is the one who best interprets the game of football ever.”