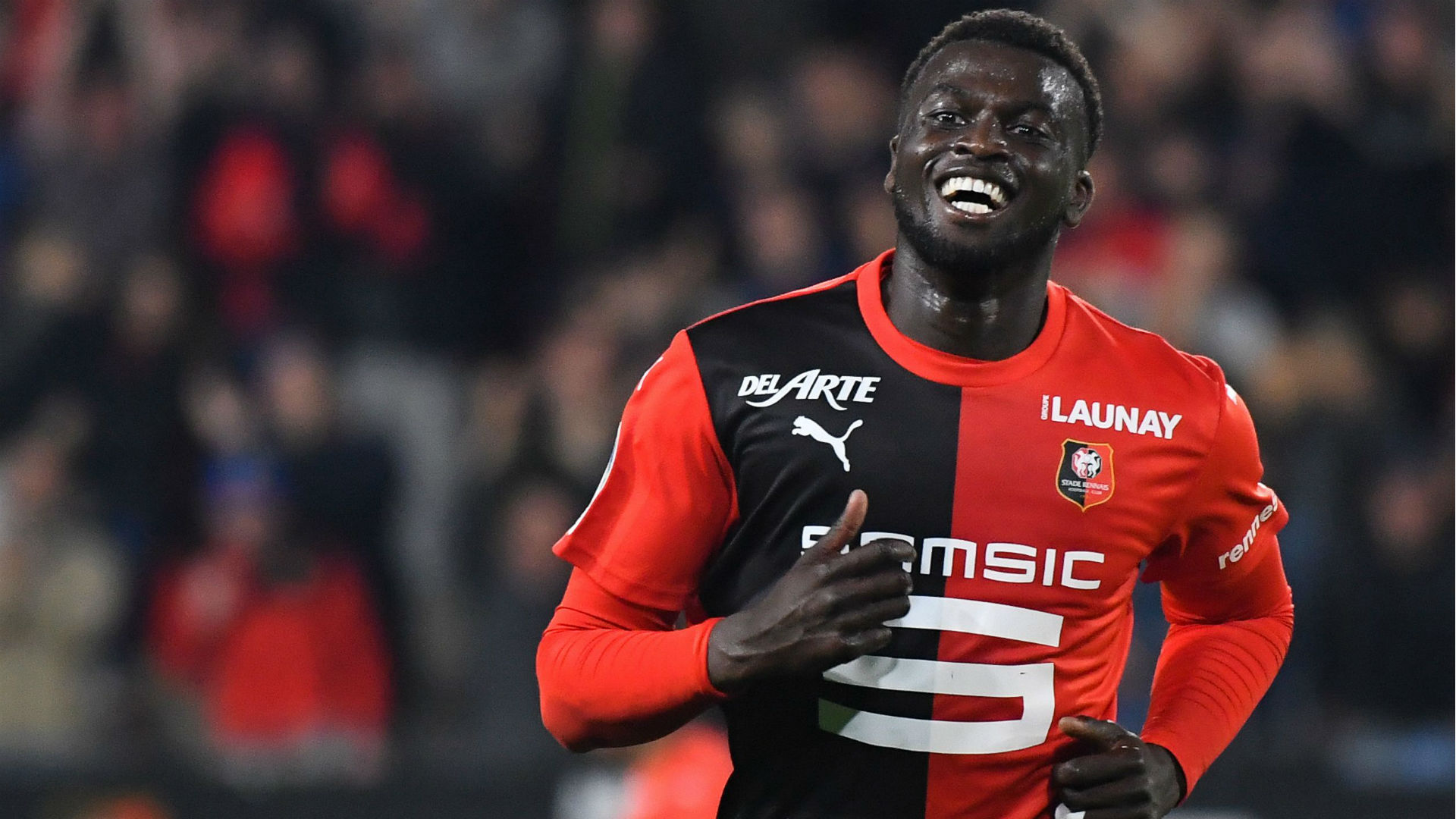 M’baye Niang found the back of the net as Rennes registered a 3-0 win over Saint-Etienne in a pre-season friendly on Wednesday.

The Red and Blacks have been having a good run in the warm-up games, the previous ending in a 2-1 win over Brest.

This time it was Niang that got things off by opening proceedings in the 29th minute for a 1-0 first-half lead.

The scoreline remained that way until French forwards Martin Terrier and Romain del Castillo came off the bench to complete the scoring in the 83rd and 85th minutes.

The result was Rennes’ fourth win in five pre-season games, the only blemish being a 1-1 draw with Lorient. Wednesday’s result was also the third time they have kept clean sheets having done so in victories over Angers and Chateauroux.

Niang was Rennes top scorer during the 2019-20 season, scoring 15 goals in all competitions which were crucial in giving the Brittany side a place in the Champions League for the first time ever.

In all games he found the back of the net in Ligue 1 ended in victory bar one that finished in a 1-1 draw with Olympique Marseille. His best scoring form came in 2-1 wins against Amiens and Nimes Olympique.

The Senegalese forward has been reportedly linked with a transfer to Marseille, however, Rennes have debunked such claims even though Niang has admitted a move to the Stade Velodrome was something he won’t turn down.

Marseille boss Andre Villas-Boas has also come out to debunk the claims that the 25-year-old is not on their radar at all.

Niang was born in the French city of Meulan-en-Yvelines and began his career at Caen before moving to AC Milan. He played 79 times for the Rossoneri between 2012 and 2018, scoring 12 goals.

He was not a regular during his time at the San Siro and spent time on loan at four clubs (Montpellier, Genoa, Watford and Torino). Niang joined Torino permanently ahead of the 2018-19 season but was shipped to Rennes on loan who made his deal permanent after he scored 11 goals in 29 Ligue 1 appearances.