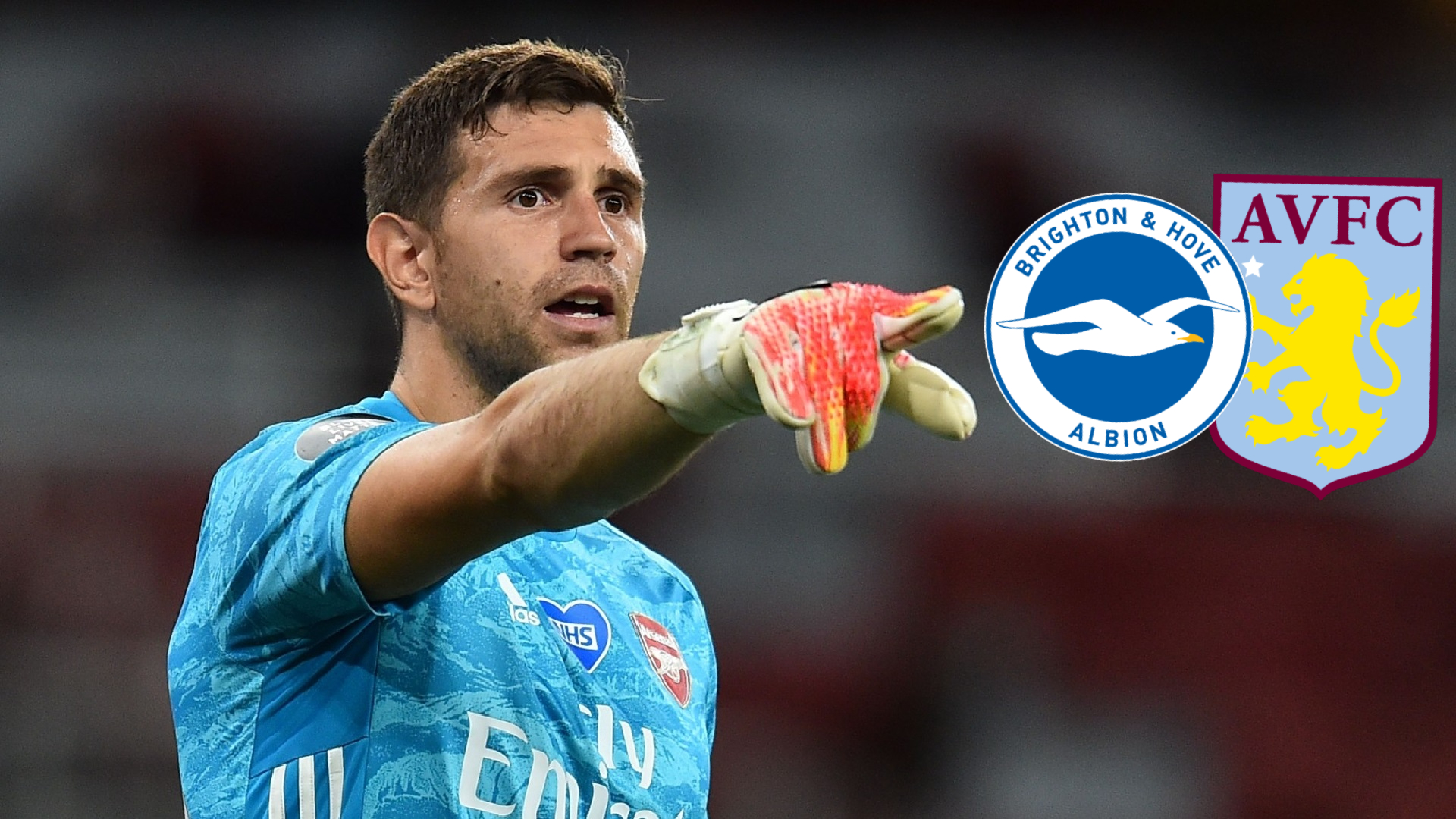 The 28-year-old is in demand after his brilliant form at the end of last season, with Bernd Leno reclaiming his first-team place at Emirates Stadium

Goal has learned the Seagulls have tabled a bid higher than the reported £15 million ($19m) fee offered by Aston Villa earlier this week. Villa had previously had an opening offer rejected.

As competition mounts for his signature, the 28-year-old won’t be part of Mikel Arteta’s squad for the Premier League curtain-raiser at Fulham on Saturday.

Martinez starred for Arsenal after Bernd Leno suffered a knee injury following last season’s restart in the summer, but the German is set to reclaim his first-team place in 2020-21.

With Martinez eager to stake a claim to be Argentina’s number one goalkeeper, he could be open to an exit – though his preference would be to stay at the Emirates as first choice.

Arsenal are reluctant to sell him given his excellent performances in 2020 but they could be persuaded to sell if an offer meets their valuation – believed to be around £20 million ($26m).

The Gunners have been in talks to extend the keeper’s contract, which is currently set to expire in 2022. However, Goal has learned the terms on offer are less than what Villa were willing to pay him, even before Brighton emerged as competition.

Arteta was asked about the future of Martinez and Mesut Ozil in his pre-match press conference ahead of the Fulham game.

“We have some really good players in many different positions,” Arteta said.

“Some of them are complicated and obviously, clubs come to us and they are interested in our players. It is very difficult to promise players game time or to be the first choice.

“It is part of this period in the market. We try to manage the situation as well as we can, all the time counting on what the players’ expectations are, what we can achieve with them as a club and we are making decisions towards that.”

Though Leno will start the season as first choice, Arteta won’t permit Martinez to leave unless he brings in a replacement.

Brentford keeper David Raya has been identified as a target but the Bees are determined to keep hold of him as they look to challenge for promotion from the Championship once again.