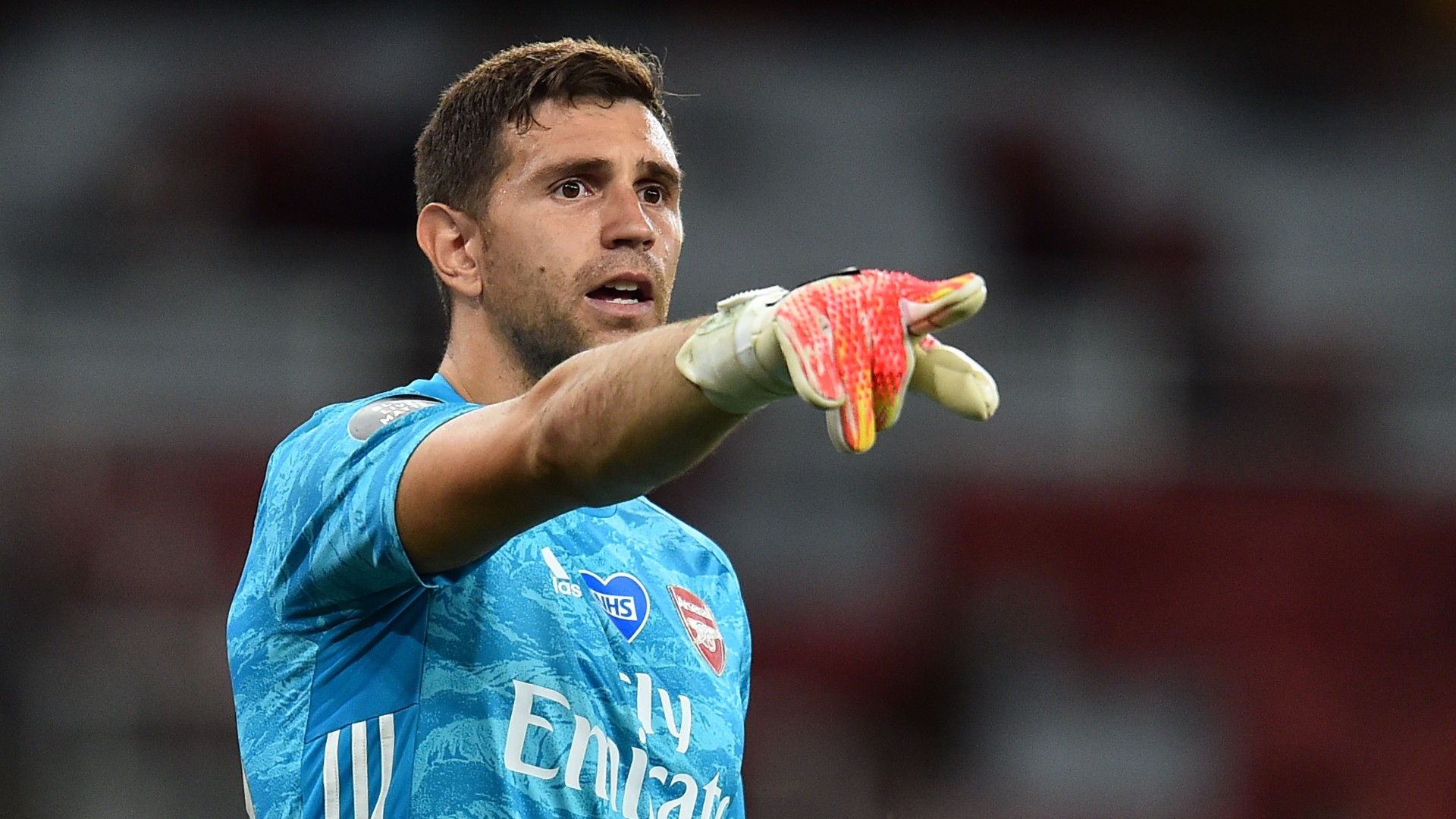 The Argentine goalkeeper, who played for the Gunners in their 2020 FA Cup final victory, has left for first-team football at Villa Park

Emi Martinez has left Arsenal after his £20 million ($25m) transfer to Aston Villa was confirmed on Wednesday.

The goalkeeper played regularly at the end of last season and started in the Gunners’ FA Cup final victory over Chelsea at Wembley in August.

However manager Mikel Arteta has chosen Bernd Leno as his number one for the coming season, leading Martinez to end his long association with Arsenal and seek first-team action elsewhere.

Villa confirmed that Martinez has joined on a four-year contract, and it is expected that the Argentina international will serve as their first-choice keeper this season as they look to avoid another relegation dogfight, having only stayed up on the final day in 2019-20.

Manager Dean Smith said: “We are really pleased with the signing of our new goalkeeper Emiliano Martinez. We know how highly Arsenal rated him and we watched his outstanding performances last season in a trophy-winning top side.

“We moved for Emi when we saw the opportunity, as it is rare to be able to buy a top-class goalkeeper who hasn’t yet reached their peak age and who can therefore be a key player for our club for the long term.”

Martinez posted an emotional message on his Instagram page before leaving, thanking Arsenal fans for their support across his decade with the club.

He said: “Thank you Arsenal. For me, I could not be happier to leave through the front door with the Arsenal fanbase supporting me and the club supporting me.

“I had 11 years at the club, and even if it was a hard road for me, and I suffered through my time at Arsenal, today I am happy and I tried to show young goalies how work pays off. When you work hard, you are not going to be happy the whole time, you are going to have frustration, bad times in life.

“They all understood at Arsenal and they support me for my decision. The Arsenal fanbase were always there for me, I felt their love.

“Even when Bernd got injured this season, I received loads of messages like ‘we trust in you’, ‘you are our goalie’. That made me confident, made me win games and made me the keeper I am today. They understood my story and they love the way I worked in the club. I am so glad to be part of the Arsenal family for 11 years.”

The 28-year-old moved to Arsenal more than 10 years ago, in August 2010, from home town club Independiente. Often a back-up who was regularly sent out on loan, Martinez moved into the spotlight at the end of the 2019-20 season after Leno suffered an injury in the Premier League defeat to Brighton.

The Gunners lifted the FA Cup at Wembley as they beat Chelsea 2-1, and Martinez also got his hands on silverware in his final Gunners match as they beat Liverpool in the Community Shield.

He made a total of 39 appearances for Arsenal, in between loans at six clubs – Oxford United, Sheffield Wednesday, Rotherham United, Wolves, Getafe and Reading.