Manchester United have made a statement with Heath and Press signings, says manager Stoney 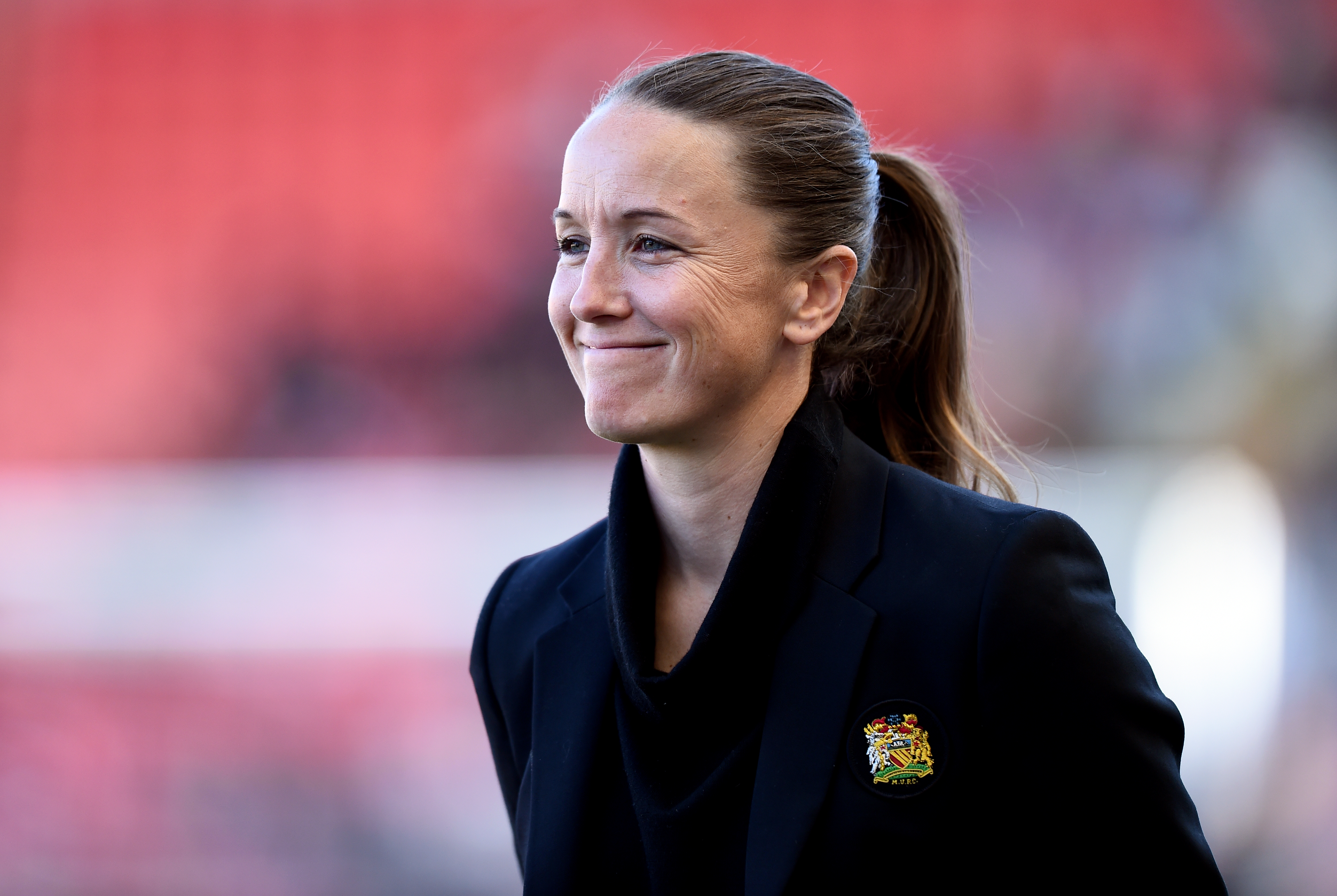 The duo were announced as Red Devils players this week as the WSL team look to challenge Chelsea, Man City and Arsenal for the title

Casey Stoney believes Manchester United have sent a statement out to the rest of the Women’s Super League (WSL) by signing US Women’s National Team (USWNT) players Tobin Heath and Christen Press.

The pair were confirmed this week on season-long deals and their arrivals will boost United’s strike force as they look to compete with Chelsea, Manchester City and Arsenal for the WSL title and Champions League qualification.

“When you sign the three players we have from this week it does send a statement, we’re always looking to bring in quality where we can and improve our squad and we’ve done that this week,” Stoney said about United’s new arrivals.

Stoney is hoping the World Cup winners can bring a different mentality to her dressing room as they look to build on last season’s fourth placed finish in their first campaign in the top tier.

“I think they bring a winning mentality,” Stoney said of Press and Heath.

“When I was a player, playing against America, their winning mentality and competitiveness was unbelievable so hopefully they can bring that to our squad and our younger players can learn from being in and around them about what it is to be an elite player at that level and how they bring that to the pitch. I think they’ll bring an awful lot to our dynamic.

“The players are excited and they’re looking forward to having them in and around the dressing room and adding to our squad to give us a greater capability to make sure we can consistently improve.”

Alessia Russo was also confirmed on deadline day and the three new additions along with earlier summer signings Ona Batlle, Ivana Fuso and Lucy Staniforth have given United a strength in depth which they have been lacking in the past.

“We struggled last year. We got a couple of injuries out in wide areas and we had to reshuffle the pack and play people out of position, and we don’t have to do that,” Stoney explained.

“We want to be able to rotate the squad, I think we’ve got real strength in depth now. Some exciting youth that I’m really looking forward to seeing develop and some experience that know how to win games.”

So what about that illustrious top spot and the chase for Champions League football? Can they match those above them?

“People said before this week said we would be fortunate if we broke into the top three but I believed before these signings,” she said. “That was always our ambition before this week to be honest. On Sunday against Chelsea we showed we are capable. It’s about winning more games, it’s about keeping more clean sheets and giving ourselves a chance.”