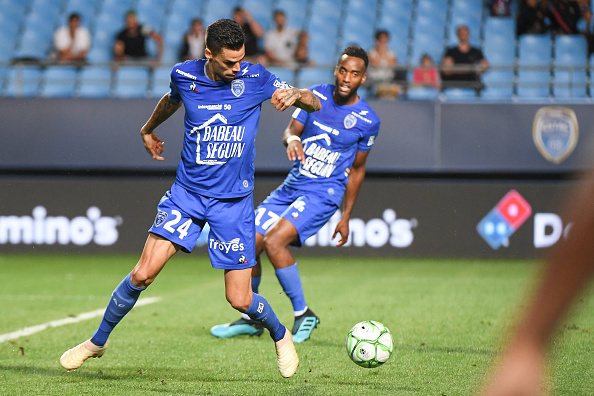 Troyes have become the 10th club purchased by the City Football Group (CFG).

CFG owns Manchester City and is backed by the Abu Dhabi United Group, which was formed to buy the Premier League outfit in 2008.

Its latest acquisition is Troyes, who finished fourth in Ligue 2 last season. They were one point off the promotion places when the French football season was suspended, before later being abandoned, due to the coronavirus pandemic.

The French outfit have bounced between the top two tiers in recent seasons, most recently suffering relegation in 2018, having played in the UEFA Cup – now the Europa League – after the turn of the century.

Troyes were reportedly the subject of interest from Olympiakos and Nottingham Forest owner Evangelos Marinakis earlier this year.

CFG have become the new majority shareholders in Troyes, taking over from previous owner Daniel Masoni.

CFG managing director Ferran Soriano said: “We have been interested in French football for some time and have long admired ESTAC. We are therefore delighted to have completed the acquisition of our 10th club and to have a permanent presence in France.

“This is an important milestone for City Football Group, which proves that our model continues to adapt and develop in a relatively short period of time.

“At City Football Group, our objective remains to play beautiful football, identify and develop grassroots talent and have a permanent presence in the world’s football centres. There is no doubt that France is one of the top football countries in the world and we are proud to be part of that community.

“We look forward to getting to know our new home and the club’s fans and working together to create a bright future for ESTAC. We would also like to thank Mr Masoni for all his contributions to the club”.