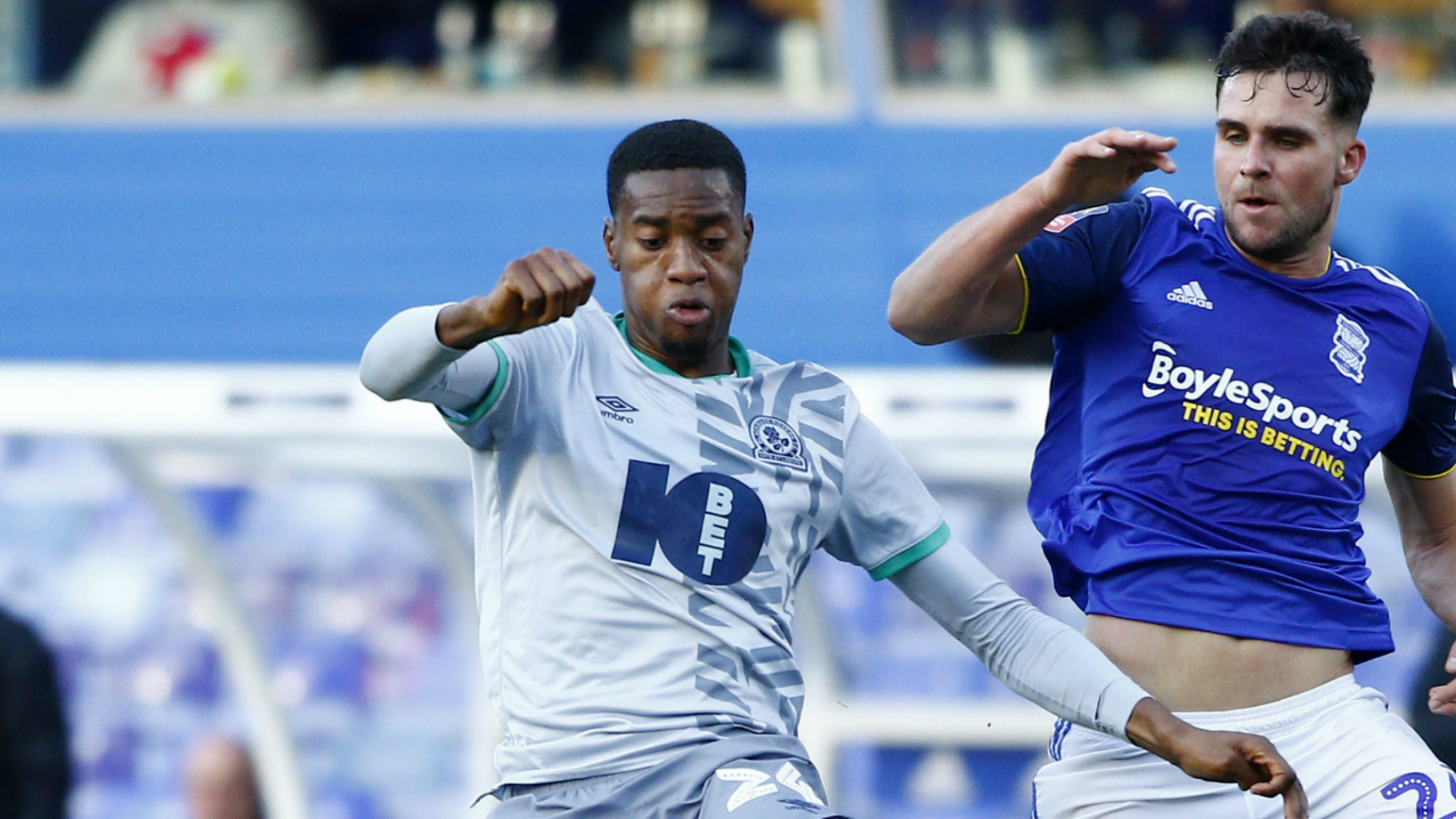 Tosin Adarabioyo has taken to social media to announce the end of his loan spell at Blackburn Rovers.

The 22-year Anglo-Nigerian joined Rovers from his parent club Manchester City and went on to make 34 appearances, scoring three goals and providing one assist.

His goals all resulted in victories over Sheffield Wednesday (2-1), Charlton Athletic (2-0) and Bristol City (3-1), while his assist was in a 2-2 draw with Swansea City.

Adarabioyo played for the entire 90 minutes in all but two matches while he missed being named in the Blackburn matchday squad on 10 occasions including the final two games of the season against Reading and Luton Town.

The Manchester-born defender averaged 1.9 interceptions per game in the Championship while also averaging 0.9 tackles and 4.7 interceptions. His total duels won stood at 4.6 per game at 67%, 1.4 being ground duels at 60% and 3.2 duels in the air at 70%.

Blackburn finished the season in 11th spot, with 63 points, seven shy of the promotion play-off spot, winning 17 of their 46 games, drawing 12 and losing another 17 matches, also scoring 66 goals and conceding 63.

“After a joyful season, my time at Rovers has come to an end,” Adarabioyo wrote in an Instagram post.

“I’ve had the best experience and lessons on the pitch, in my whole career so far and I’d just like to thank the gaffer, my teammates, the backroom staff and every single fan who’s supported and helped my development this season.

“I wish you all the best in the future!”

Adarabioyo was previously on loan at West Bromwich Albion in  2018-19, playing 36 times in all competitions as the Baggies finished fourth before losing out 4-3 via penalties to Aston Villa in the second leg of the promotion play-off semi-finals after it ended 2-2 on aggregate.

Blackburn boss Tony Mowbray had already admitted that Adarabioyo – who has played eight times in all competitions for the Manchester City first team since his debut in 2016, won’t be staying at Ewood Park as the Lancashire outfit could not afford to sign him permanently.

“Ultimately, we couldn’t afford him, that’s the first part of the question. This is why this loan system is really good because not in a million years could we afford Tosin Adarabioyo,” Mowbray said as per Lancashire Telegraph.

“We’ll wait and see, but I’m not thinking sat here that Tosin will be starting next season with us unless Man City do us a huge favour, of course, I’m not sure that will be the case.

“Adarabioyo, in my opinion, he’s been very good for us. He’s still a young boy learning his trade in such a crucial position. He has wonderful attributes.

“I hope he’s enjoyed it. We’d love to have him back, I think it’s a bit more complicated than that.”

2020-07-24
admin
Share
Previous ‘I really feel for him’ – Schmeichel backs ‘world-class’ De Gea as Leicester prepare for Man Utd clash
Next Juventus lost because of 'win at all costs' approach, says Sarri as Serie A title celebrations put on hold