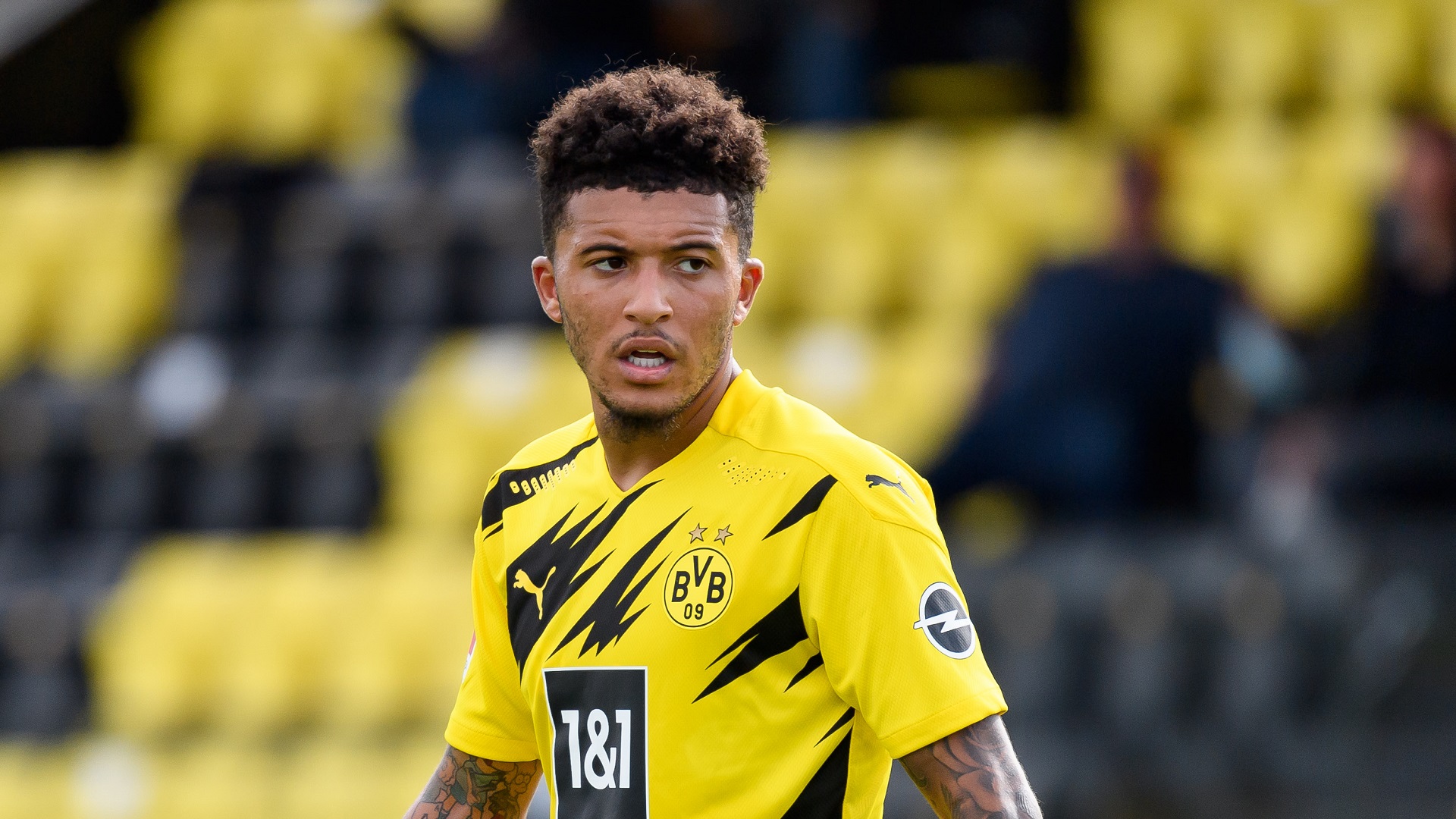 Manchester United target Jadon Sancho has spoken out on the speculation surrounding his future and his reported £100 million ($133m) price tag.

Sancho has been tipped to seal a summer transfer to Old Trafford after another outstanding year at Borussia Dortmund.

The England international contributed 20 goals and 20 assists to BVB’s cause last season, solidifying his reputation as one of the most exciting young wingers in European football.

Goal has reported that United are in the process of trying to reach an agreement with Sancho’s representatives over a club-record deal, but Dortmund have publicly stated that a prized asset will not be sold.

BVB CEO Hans-Joachim Watzke has insisted that the 20-year-old will remain at Westfalenstadion for at least one more year, and the club’s head of licensed player division Sebastian Kehl delivered the same message to supporters last month.

“Everyone is very happy to have him. He is going to be here for at least one more season.”

However, the Red Devils have not yet given up hope of signing Sancho, and Goal understands that Dortmund would be willing to sanction his departure if their £120 million ($159m) valuation is met.

The mercurial attacker, who began in his career in the Premier League with Manchester City, has now come out to address a saga which has overshadowed his pre-season campaign at Westfalenstadion, insisting he is not paying attention to anything away from the pitch.

Asked if he wishes ongoing transfer rumours would go away, Sancho told Sport Bible: “No, the media’s the media. They’re always going to try and create a story, but this is how you manage it.

“For me, I just focus on my football. I just want to do what’s best for my team and win titles at the end of the day.”

The Dortmund star was also pressed on how it feels to be valued in excess of £100m ($133m), to which he responded: “I guess it’s a nice feeling to be worth so much, but again, I don’t really look at it that much.

“When I have a sh*t game I’m just down. I feel sh*t about myself. So I always like having a good game and showing people what I can do.

“I know what I can do, and if I play bad then I’m just p*ssed off with myself. Next game I’ll try and improve on whatever I’ve done wrong.”