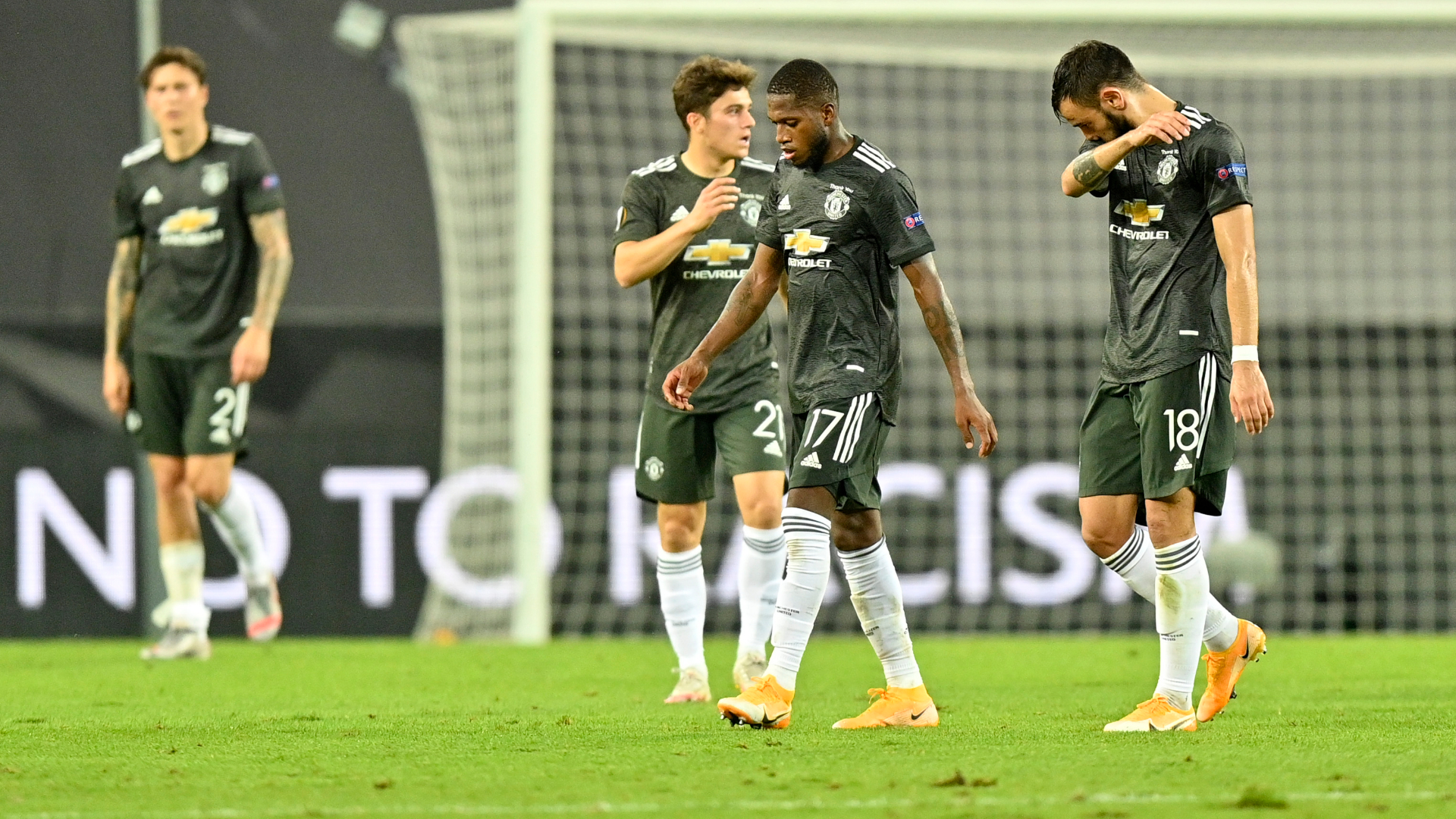 Manchester United are now enduring their longest run without a trophy in 31 years after defeat to Sevilla in the Europa League ensured they would end the 2019-20 campaign empty handed.

Ole Gunnar Solskjaer’s side made the perfect start in Cologne when Bruno Fernandes put them ahead from the penalty spot after nine minutes, United’s 22nd spot kick in all competitions this season.

However, Sevilla were level before half-time when Sergio Reguilon’s cross from the left was converted by former Liverpool forward Suso.

United had a host of chances after the break but found Sevilla goalkeeper Bono in superb form.

They were made to pay for their profligacy in front of goal when Sevilla substitute Luuk de Jong scored from close range with 12 minutes left to send the Spanish side through and ensure United reached a series of grim milestones.

They have now been eliminated from European competition by Spanish opposition for the third consecutive campaign, also losing to Sevilla in the Champions League last 16 in 2017-18 and Barcelona in the 2018-19 Champions League quarter-finals.

It is the third semi-final defeat for United this season, having lost to Manchester City in the last four of the Carabao Cup in January and to Chelsea in last month’s FA Cup semi-final at Wembley. United are now the first team to ever lose both domestic cup semi-finals and a European semi-final in the same season.

When assessing this latest defeat, Solskjaer will likely rue a lack of cutting edge in front of goal.

His side managed 46 shots across the Sevilla game and their semi-final win against FC Copenhagen, with 21 of those hitting the target, but they only managed to score two penalties.

Victory for Sevilla meanwhile continued their remarkable run in this competition. The Spanish side have now reached their sixth UEFA Cup/Europa League final, at least two more times than any other side in the history of the competition.

They have won the trophy on every occasion they reached the final, including three times in the last six years.