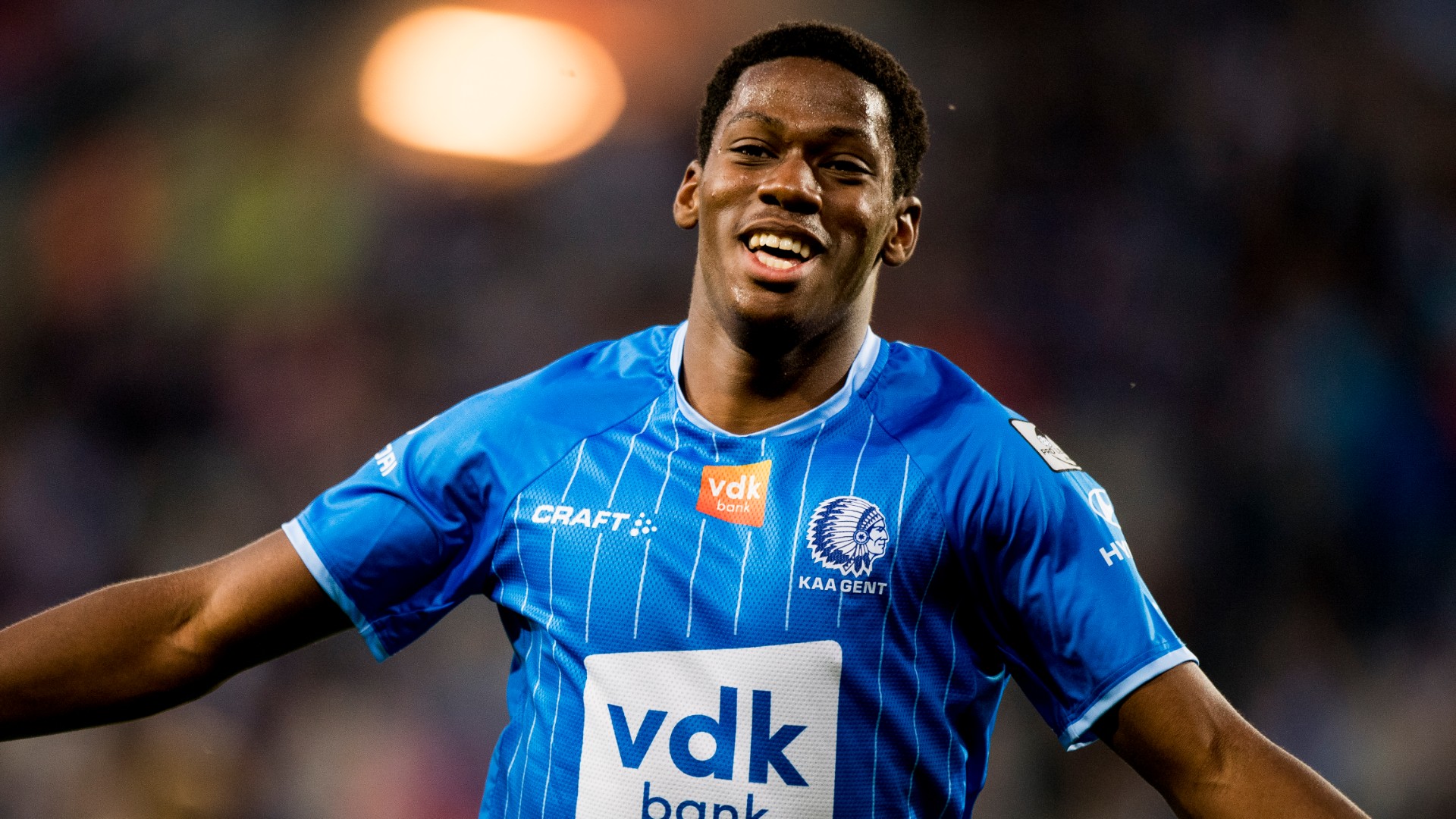 The highly-rated Canada forward had been linked with a move to England, but will instead continue his development in Ligue 1

Jonathan David has explained why he rejected offers from the Premier League after completing his €30 million (£27m/$35m) move from Gent to Lille this week.

The Canada striker had been tracked by Arsenal, while there was also reported interest from Manchester United and Leeds.

But, after scoring 30 league goals in 60 games in two seasons in Belgium, the 20-year-old David was keen to move somewhere he could continue his development on the pitch, rather than on the bench.

“But my choice was dictated by the fact that above all, I wanted to be sure of playing.”

At Lille, David will be a direct replacement for Victor Osimhen. The Nigeria forward has joined Napoli in a deal reported to be worth €50 million (£45m/$59m), after scoring 18 goals in 38 games for Lille.

David seems to be relishing the challenge, and says his mind was made up on the move some time ago.

“My choice was made quite early,” he said. “But I understand that it took a little while to finalise between the two clubs.

“Gent wanted to keep me one more season, but I had made my choice and they respected it.

“I always knew it was going to be done, even if it took a little while. I really liked the sports project that Luis Campos (Lille’s sporting director) and the club management sold to me.

“That’s really what encouraged me to join Lille. In fact, I especially wanted to join a club where I know that I will keep playing and getting better. There is a very good team here with very good players.”

David also dismissed any suggestion he would be under extra pressure after becoming Lille’s all-time record signing.

“It is an honour that they have valued me so highly, but it does not put any pressure on me,” David said.

“It’s football, it’s like that. For me, the only important thing will be to perform on the field. It’s that simple!

“Everyone is under pressure. But I’m a calm person and that helps me a lot.”


Source link
2020-08-13
admin
Share
Previous Guardiola can only do so much for Manchester City and the rest is down to the players, insists Walker
Next Fernandes believes Europa League success can fire Manchester United to Premier League title charge next season