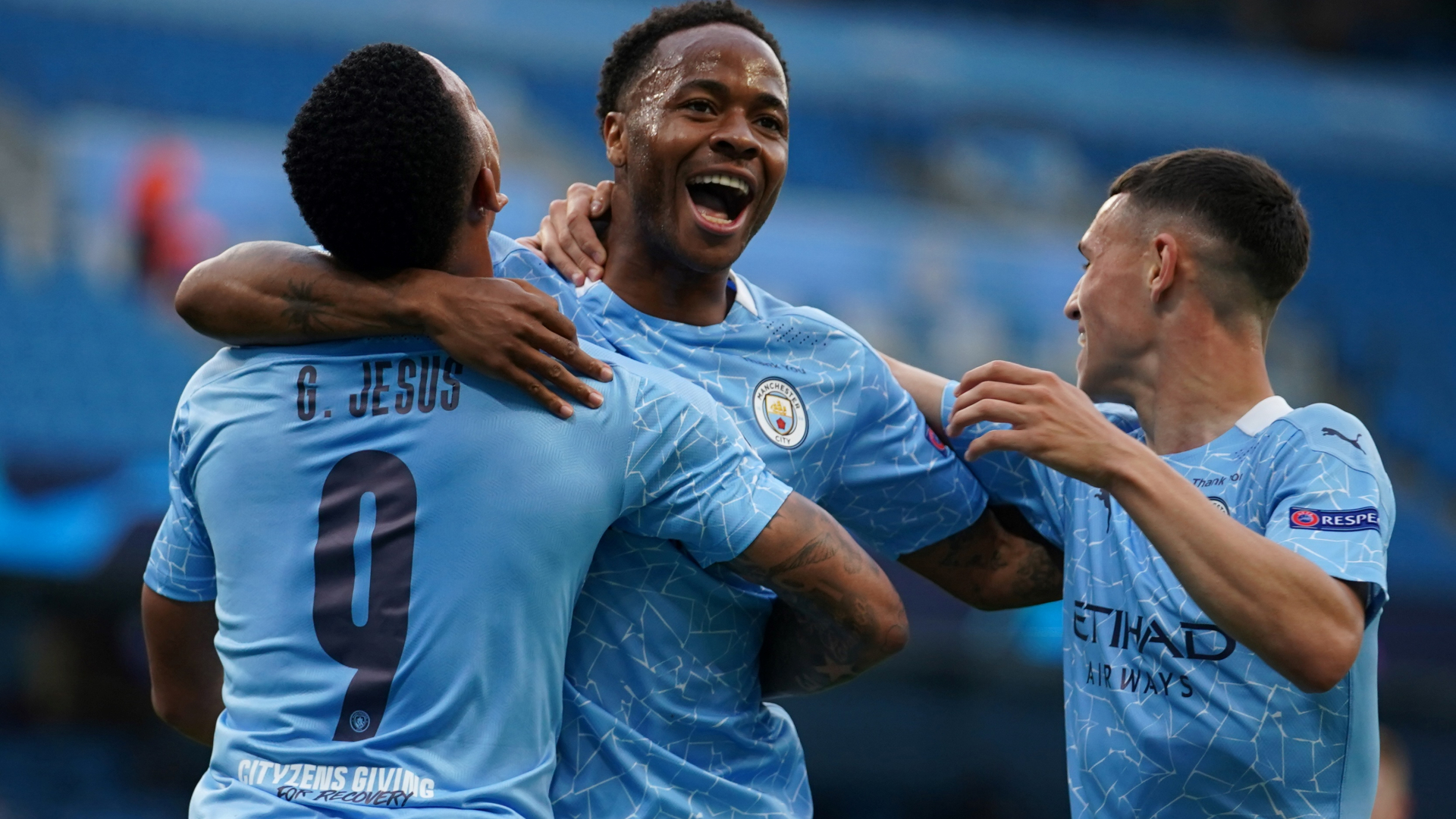 City booked their place in the quarter-finals of this season’s European Cup by beating Madrid 2-1 at Etihad Stadium on Friday night.

Pep Guardiola’s men won the first leg by the same scoreline at the Santiago Bernabeu, and once again proved too strong for the Liga champions in Manchester.

Sterling opened the scoring for City when he tapped into the net after Gabriel Jesus dispossessed Raphael Varane in the box, and although the Blancos were able to equalise through a Karim Benzema header, the home side always looked in control.

Jesus capitalised on more poor defending from Varane to score the Blues’ winner in the second half, setting up a meeting with Juventus conquerors Lyon in the last eight.

Ahead of that contest, Sterling has talked up City’s desire to win the Champions League for the first time in their history, with the two-legged format set to be scrapped as the competition reaches its conclusion in Lisbon.

“We were extra hungry [against Real Madrid],” the England international told PA Sport.

“I think the mentality since we got back in – day one after lockdown – has been how much we want this. We’ve got the energy to progress in this competition. Energy and fight – we showed that against Madrid throughout the game.

“The most important thing is to run and give 100 per cent for every minute we are in the competition.

“It’s a new format and it’s one we are ready for. All we can do now is go over there and run our socks off. That will make the difference and decide whether we progress or not.”

Sterling added on Jesus’ contribution to City’s cause in the absence of the injured Sergio Aguero: “He’s not a sub, we’ve got two great strikers at this club.

“Both strikers score goals and when you play with either one of them you know what you expect from each of them.